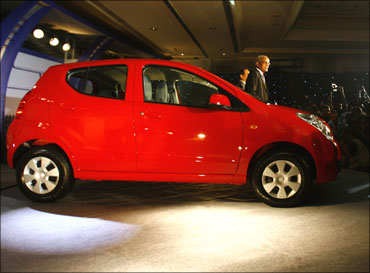 Hatchbacks rule in the growing car market of India. They form the biggest chunk of the annual car sales in the country.

There are reasons behind the popularity of hatchbacks in India. They are the least expensive to buy, economical to maintain, easy to drive on crowded Indian roads, and take less space to park due to their size.

So, here we present the best hatchbacks you can buy in India. 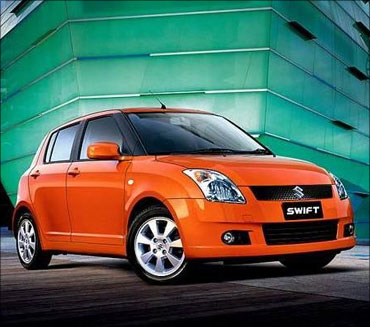 The sheer number of Swift cars you see on roads is a testimony to the success of the vehicle in the country. The oddball design of car has been liked by young car buyers. With its solid looking design, the car has a strong presence on the road.

With overall length of 3760 mm and overall width of 1690 mm, Swift looks bigger compared to other hatchbacks due to its design.

Now equipped with the refined and fuel-efficient K-Series engine, Swift delivers a great overall mileage of 17.9kmpl. The high-end version ZXI comes with ABS and airbags. Overall the car offers a great value for money. 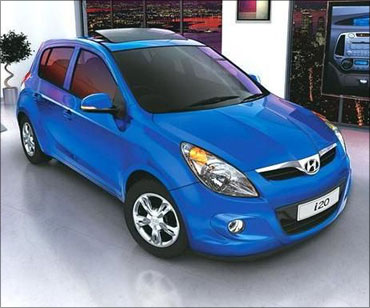 The South Korean auto maker Hyundai has seen great success in the Indian market. Launched in December 2008, the refined hatchback i20 has also been a success in the country.

The car has spacious interiors that can seat five persons comfortably. The large boot space is also well appreciated in this car. 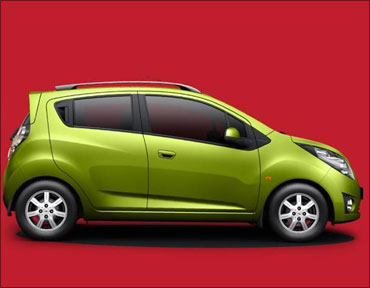 Recently launched Chevrolet Beat has sleek exteriors and comfortable interiors. The design of the car ensures many eyeballs when you drive the car on Indian roads.

Chevrolet Beat has lots of room inside. The car's legroom of 720mm is very much comfortable for passengers.

On the down side, Beat has a small boot space. The 1199 cc engine of the car delivers power of 80PS @6200rpm and torque of 108Nm @4400rpm. The car offers a great driving experience. The car performs very well at twists and turns on roads.

However, Beat does not perform well in the fuel efficiency department with an overall mileage of 13.8kmpl. Competitively priced, Beat is a value for money. 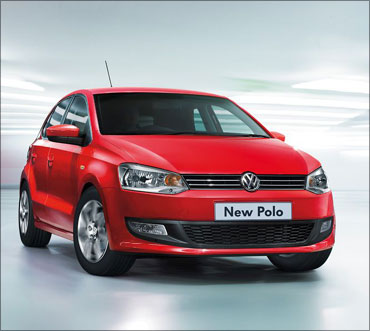 First showcased in India at the New Delhi Auto Expo in January 2010, Polo is expected to generate volumes for the German auto major. The car has generated great response in the market.

Polo has re-written the rules of hatchbacks with its great build quality and finish. The car has overall length of 3970 mm, overall width of 1682 mm and overall height of 1453 mm. The car has been given ground clearance of 168 mm, more than the European versions of the car, keeping in view the Indian road conditions.

Polo is equipped with big cabin space and boot space. 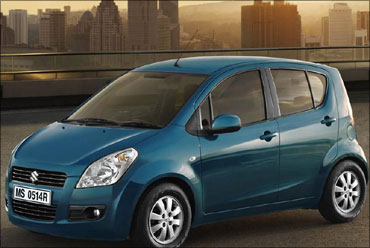 Ritz has a distinctive shape. It has a sleek tall boy design and spacious interiors. Its tall driving position is very useful while driving on congested roads.

Coming from the stable of Maruti, it has great fuel efficiency, associated with the leading car maker of the country. It offers overall figure of 17.4kmpl. 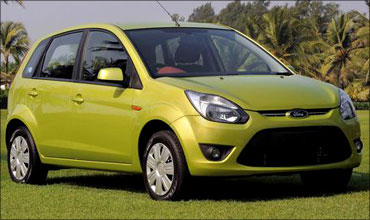 Ford had first showcased Figo in India in September 2009. The car was finally launched in March this year.

Figo is the only hatchback launched by Ford in the Indian car market. It is a comfortable car and sitting for long hours in the backseat does not make you feel tired. Driving experience is also good. 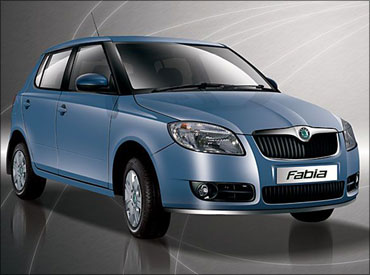 The USP of Fabia is its interior space. It has lots of legroom and headroom for passenger comfort. You can easily sit in the car for hours on a long drive without getting tired. Fabia offers a respectable overall mileage of 16kmpl. The car is available in satin grey, corrida red, brilliant silver and candy white colours. 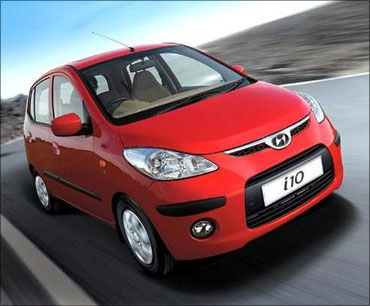 Currently, the best selling model of Hyundai India, i10 is known for its refined engine, performance and fuel efficiency. Launched in India in 2007, i10 is a premium hatchback which is fun to drive. 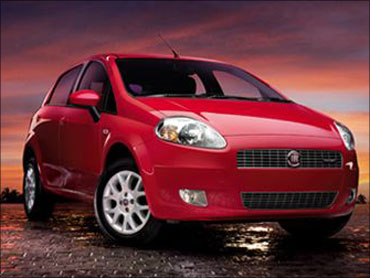 Launched in India in June 2009, the hatchback Fiat Grande Punto is available in both petrol and diesel versions. Manufactured at Fiat's Ranjangaon plant, the car has length of 3987 mm, width of 1687 mm and height of 1495 mm.