In early 2009, when a leading school in Tamil Nadu conducted a survey on the fitness standards of its students, the results were alarming. The obesity levels in the children were found to be very high, and their overall physical condition was a matter of concern.

The enlightened school management decided to take immediate action, and within a year, the school has seen considerable improvement in the fitness levels of its students.

This change was made possible by Saumil Majmudar and his team of experts.

Majmudar, an IIT Bombay and IIM Bangalore alumnus, is at the helm of an innovative new venture called EduSports, which is a first-of-its-kind concept in India.

India's poor performance in world sports is well known. The standard reasons cited are a lack of facilities, coaches and financing at the professional level.

But there is another major factor to be considered, and that is the overall fitness levels in the country. A universal orientation towards participation in sports is vital for a sporting nation -- and the foundation for that needs to be set at an early stage, with fitness development being a precursor to excellence in sports.

EduSports has been set up to address precisely this problem. India has over 75,000 private schools and about 12,78,166 (1.27 million) government schools -- and that's where Majmudar saw the opportunity in addressing the children's fitness issue, while building a robust business based on fitness-management programmes in schools all over India. 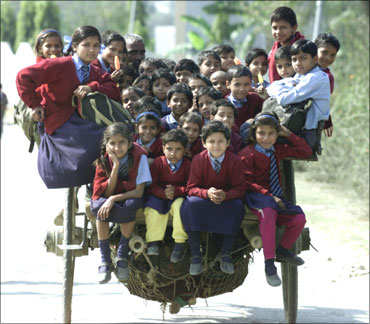 There are some drivers that have emerged in recent times that appear to make the school environment conducive to programmes such as those by EduSports:

Firstly, there is an increasing awareness of the importance of fitness, especially in view of the growing incidence of child obesity in the country. Secondly, the emergence of sports as a career option -- and that doesn't just mean cricket.

And thirdly, the understanding that sports and physical activity are essential supplements to classroom studies for a child's holistic education.

EduSports provides a 360 degree physical education and sports programme for schools. Their objective is simple -- developing a generation of healthier and fitter school children.

Says Majmudar, "While most schools have sports programmes of varying quality, they are typically exclusive in that they focus on the high-performers. Additionally, the emphasis is normally on children above Class V, as that's when the inter-school competitions begin. Our programme is inclusive in that all children are compulsory participants who are given equal attention, and it is focussed on children from KG-Class IV."

Apart from the fact that physical education for younger children is not taken seriously in most schools, Majmudar also believes that younger kids learn faster and at a lower cost, making the programme more impactful.

The EduSports programme is run during the PE classes of the school and is completely integrated into the school's timetable. The company partners with the school leadership and its class teachers and PE teachers.

The plan includes curriculum books, lesson plans, time-tables and props to help deliver lessons in a fun and engaging manner. These props are developed keeping in mind the limited open spaces in most schools.

One of the key deliverables of the programme is a fitness measurement report for each child. This includes both qualitative and quantitative aspects of the child's fitness levels. 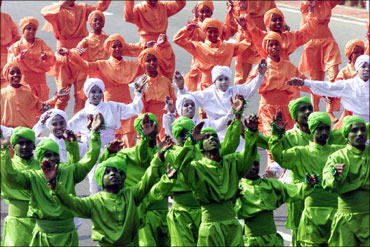 There is a detailed curriculum for each age-group with a structured programme and weekly time-table which has been designed by programme director Suhas Nair. Nair, who has 25 years of working with school sports and fitness of children, is an accomplished sports personality himself. He has been a coach, trainer, faculty, advisor, consultant, and journalist, all in the area of sports.

Dr George Selleck, the globally renowned sports psychologist, who is an advisor to the company, has also provided inputs to the programme design.

EduSports currently covers 35 schools across India, which includes names such as DPS, Millennium Schools, Indus World Schools and the PSBB Schools, and the programme is currently being delivered to around 30,000 children.

For the next academic year, they have signed up with many more schools raising the total number to 60.

The revenue model for the company varies from per-child fees to fixed fees per school. According to Majmudar, while some schools absorb this cost themselves, others pass it on to the parents as additional fees.

The cost per student for this programme averages around Rs 100 per month. In addition to a range of props, EduSports also provides at least one resident manager per school, who works full-time on the school premises.

The company's revenues currently run into Rs 3.6 crore (Rs 36 million) a year. Five years from now, Saumil sees 2,000 EduSports partner schools in India and overseas. The company's aim is to help 1 million kids get healthier and fitter through the magic of sport. As far as the expansion plans are concerned, other than reaching out to more schools, the company is also looking at an after-school module where the child can live in a more active environment.

In addition to the private schools, Majmudar also wants to reach out to the government schools. He proposes that sports should be made a part of the Sarva Shiksha Abhiyan.

"Sports is a great way to get kids to attend school, and school dropout is a key issue in these schemes," he says. He realises that these schools will not be able to afford the programme in its current form, so he has an alternative plan for them.

In these schools, instead of having one resident manager per school, EduSports will train their staff and support the programme implementation through weekly or monthly status updates. This way the cost of running the programme will be substantially lower.

In addition to this, he also plans to get corporates to sponsor the EduSports programmes in government schools in their neighbourhood as part of their CSR (corporate social responsibility) initiatives.

The physical education programmes in schools are not inclusive and concentrate on the top 2-5% performers. Also, there is not much attention given to KG-IV standard students. Most schools acknowledge the promise-delivery gap in the area of physical education. EduSports brings in expertise, structure, professionalism and  measurability (through detailed reporting and assessment) into the system.

Majmudar, a keen badminton and football player himself, has seen the ups and downs of entrepreneurship over the years. After his first job in international marketing at Wipro, he set up his own venture, Q-support -- one of the first businesses in outsourced technical support. He then founded Sportz Village, and explored various facets of sports management -- from corporate sports and sports marketing to sports ticketing and sports retail.

While those businesses are now run by one of his partners, he is focussed on EduSports, where he seems to have landed in the zone. 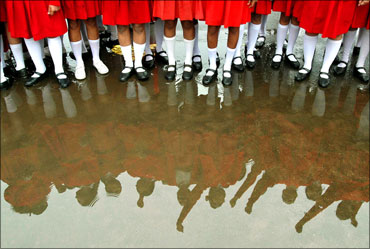 EduSports was incorporated in January 2009. The company was funded by friends and family and one round of angel funding before Seedfund put in money.

The co-founders and team members  include:

When asked how difficult was it to convince schools about the EduSports programmes, Saumil says the challenge primarily lay in getting the school leadership to give physical education and sports some importance in their minds. "Once they are able to do that, it does not take much to convince them about the programme given their expertise in this field and the fact that this is a one of its kind 360 degrees sports management for schools available in the country," he says.

The programme has evoked warm response from not only the schools, but children and their parents. Parents have given positive feedback saying that this programme has helped their children not just in improving fitness, but in their social skills and overall attitude to life. Kids are very happy as they get to play more and have fun.

PE teachers too do not feel threatened by this programme because it is fully integrated into the schools curriculum and they work closely with the existing staff. In fact, most PE teachers are happy with the programme as it raises the profile and importance of physical education in the school.