How to manage change. 10 lessons from Azim Premji 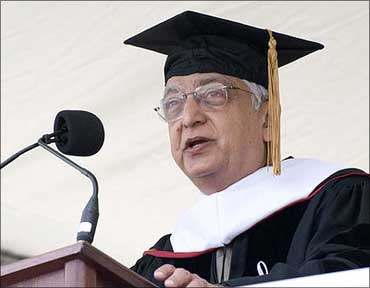 "While change and uncertainty have always been a part of life, what has been shocking over the last year has been both the quantum and suddenness of change."

While delivering a speech at the Indian Institute of Management, Ahmedabad, Azim Premji, chairman of IT giant Wipro said, "For many people who were cruising along on placid waters, the wind was knocked out of their sails.

The entire logic of doing business was turned on its head. Not only business, but also every aspect of human life has been impacted by the change. What lies ahead is even more dynamic and uncertain."

"I would like to use this opportunity to share with you some of our own guiding principles of staying afloat in a changing world. This is based on our experience in Wipro. I hope you find them useful."

Click on NEXT for more words of wisdom from Premji...

'The biggest enemy of future success is past success' 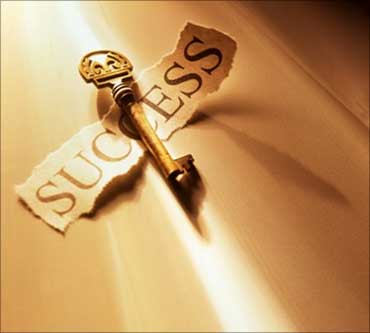 First, be alert for the first signs of change. Change descends on everyone equally; it is just that some realize it faster. Some changes are sudden but many others are gradual. While sudden changes get attention because they are dramatic, it is the gradual changes that are ignored till it is too late.

You must have all heard of story of the frog in boiling water. If the temperature of the water is suddenly increased, the frog realises it and jumps out of the water.

But if the temperature is very slowly increased, one degree at a time, the frog does not realise it till it boils to death.

You must develop your own early warning system, which warns you of changes and calls your attention to it. In the case of change, being forewarned is being forearmed.

Second, anticipate change even when things are going right. Most people wait for something to go wrong before they think of change.

It is like going to the doctor for a check up only when you are seriously sick or thinking of maintaining your vehicle only when it breaks down.

The biggest enemy of future success is past success. When you succeed, you feel that you must be doing something right for it to happen!

But when the parameters for success change, doing the same things may or may not continue to lead to success.Guard against complacency all the time. Complacency makes you blind to the early signals from the environment that something is going wrong.

'Fear of the unknown is natural' 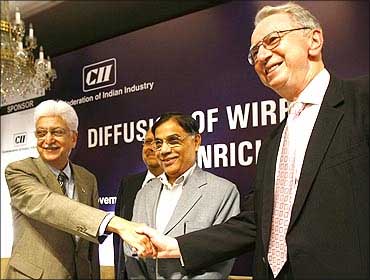 Third, always look at the opportunities that change represents. Managing change has a lot to go with our own attitude towards it. It is proverbial half-full or half empty glass approach.

For every problem that change represents, there is an opportunity lurking in disguise somewhere. It is up to you to spot it before someone else does.

Fourth, do no allow routines to become chains. For many of us the routine we have got accustomed to obstructs change.

Routines represent our own zones of comfort. There is a sense of predictability about them. They have structured our time and even our thought in a certain way. While routines are useful, do not let them enslave you. Deliberately break out of them from time to time.

Fifth, realise that fear of the unknown is natural. With change comes a feeling of insecurity. Many people believe that brave people are not afflicted by this malady. The truth is different.

Everyone feels the fear of unknown. Courage is not the absence of fear but the ability to manage fear without getting paralysed. Feel the fear, but move on regardless.

'Formal education is the beginning of the journey' 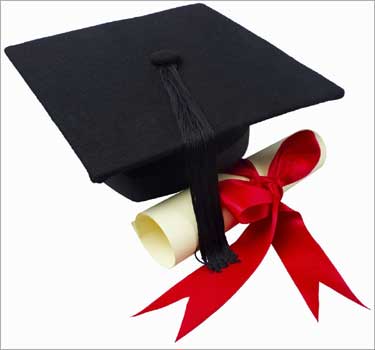 Sixth, keep renewing yourself. This prepares you to anticipate change and be ready for it when it comes. Constantly ask yourself what new skills and competencies will be needed.

Begin working on them before it becomes necessary and you will have a natural advantage.

The greatest benefit of your education lies not only in what you have learnt, but in working how to learn.

Formal education is the beginning of the journey of learning. Yet I do meet youngsters who feel that they have already learnt all there is to learn. You have to constantly learn about people and how to interact effectively with them.

In the world of tomorrow, only those individuals and organisations will succeed who have mastered the art of rapid and on-going learning.

'Playing to win is not the same as cutting corners' Seventh, surround yourself with people who are open to change. If you are always in the company of cynics, you will soon find our self becoming like them.

A cynic knows all the reasons why something cannot be done. Instead, spend time with people who have a "can- do" approach.

Choose your advisors and mentors correctly. Pessimism is contagious, but then so is enthusiasm. In fact, reasonable optimism can be an amazing force multiplier.

Eighth, play to win. I have said this many times in the past. Playing to win is not the same as cutting corners. When you play to win, you stretch yourself to your maximum and use all your potential.

It also helps you to concentrate your energy on what you can influence instead of getting bogged down with the worry of what you cannot change. Do your best and leave the rest.

Ninth, respect your self. The world will reward you on your successes. Success requires no explanation and failure permits none.

But you need to respect yourself enough so that your self-confidence remains intact whether you succeed or fail.

If you succeed 90 per cent of the time, you are doing fine. If you are succeeding all the time, you should ask yourself if you are taking enough risks.

If you do not take enough risks, you may also be losing out on many opportunities. Think through but take the plunge. If some things do go wrong, learn from them.

'The trick is too not to get bogged down' 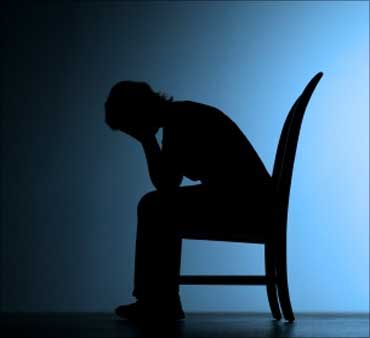 I came across this interesting story some time ago:

One day a farmer's donkey fell into a well. The animal cried piteously for hours as the farmer tried to figure out what to do.

Finally he decided the animal was old and the well needed to be covered up anyway - it just wasn't worth it to retrieve the donkey.

He invited all his neighbours to come over and help him. They all grabbed a shovel and began to scoop dirt into the well. At first, the donkey realising what was happening, cried horribly. Then, to everyone's amazement he became quiet.

A few shovels later, the farmer finally looked down the well and was astonished at what he saw. With every shovel of dirt that fell on his back, the donkey was doing something amazing. He shook it off and took a step up.

As the farmer's neighbours continued to shovel dirt on top of the animal, he shook it off and took a step up. Pretty soon, everyone was amazed as the donkey stepped up over the edge of the well and totted off!

Life is going to shovel dirt on you, all kinds of dirt. The trick is too not to get bogged down by it. We can get out of the deepest wells by not stopping. And by never giving up. Shake it off and take a step up. 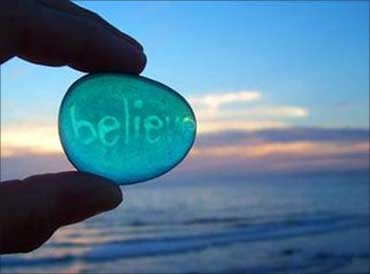 Tenth, in spite of all the change around you, decide upon what you will never change: your core values.

Take your time to decide what they are but once you do, do not compromise on them for any reason. Integrity is one such value. These have contributed to our success, including our parents and others from our society.

All of us have a responsibility to utilize our potential for making our nation a better place for others, who may not be as well endowed as us, or as fortunate in having the opportunities that we have got.

Let us do our bit, because doing one good deed can have multiple benefits not only for us but also for many others. Let me end my talk with a small story I came across some time back, which illustrates this very well.

'Let us use all our talent for the nation' 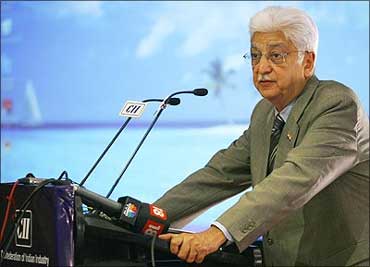 This is a story of a poor Scottish farmer named Fleming. One day, while trying to make a living for his family, he heard a cry for help coming from a nearby bog.

He dropped his tools and ran to the bog. There, mired to his waist in black muck, was a terrified boy, screaming and struggling to free himself.

Farmer Fleming saved the boy from what could have been a slow and terrifying death. The next day, a fancy carriage pulled up to the Scotsman's sparse surroundings. An elegantly dressed nobleman stepped out and introduced himself as the father of the boy Farmer Fleming had saved.

"I want to repay you," said the nobleman. "Yes" the farmer replied proudly. "I'll make you a deal. Let me take your son and give him a good education. If he's anything like his father, he'll grow to be a man you can be proud of." And that he did.

Over time, Farmer Fleming's son graduated from St Mary's Hospital Medical School in London, and went on to become known throughout the world as the noted Sir Alexander Fleming, the discoverer of Penicillin.

Years afterward, the nobleman's son was stricken with pneumonia. What saved him? Penicillin. This is not the end.

The nobleman's son also made a great contribution to the society. For the nobleman was none other than Lord Randolph Churchill, and his son's name was Winston Churchill.

Let us use all our talent, competence and energy for creating peace and happiness for the nation.