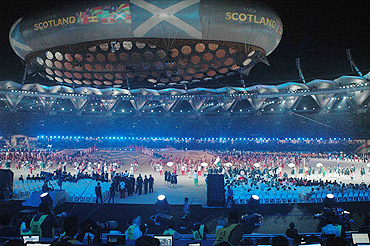 Image: The giant aerostat. the biggest helium balloon in the world, is unveiled at the opening ceremony.
Photographs: Mohammed Shamsuddin/SnapsIndia

The government said on Tuesday the ongoing Commonwealth Games may add about $5 billion to the Indian economy and create about 2.5 million jobs in the next few years.

Inviting the business community of Commonwealth nations to invest in India, Minister of State for Agriculture and Consumer Affairs K V Thomas said opportunities for business during sports events are very large.

"It is estimated that the (Commonwealth) Games will have an economic outcome of close to $5 billion over the next few years and succeed in adding 2.5 million new jobs. 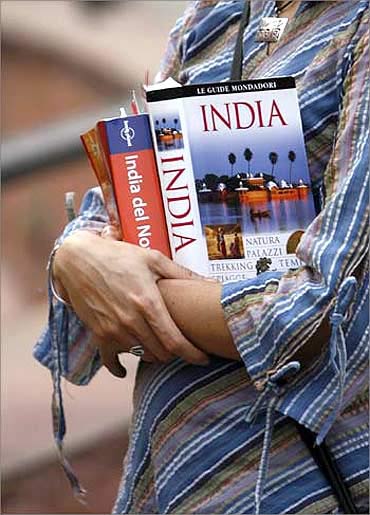 In fact, we will be gaining from this event for the next many years," Thomas said at the Commonwealth Business Forum in New Delhi.

He said the 12-day-long games will create a new brand image for India as a global player, helping it strengthen and deepen the business partnership with Commonwealth countries.

"The opportunities for business during sports events are very large. In Delhi, itself, the estimates for the city infrastructure, sports venues and other necessities stand at close to $10 billion," he said. 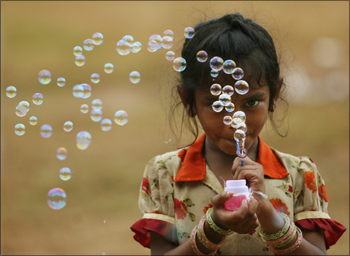 "The business opportunities derived from agriculture in India are enormous and not sufficiently exploited by overseas businesses. India has 14 agri zones and is capable of producing a wide variety of grains, fruits and vegetables," he added.

He said India faces a large technology deficit in terms of agriculture productivity.

"Our yields are far lower per unit area than that of other countries. This has implications for companies in technology and machinery, agri inputs such as fertilisers, biotechnology and other areas," Thomas said.

"The absorption capacity of the Indian farming sector for such technology and advanced equipment is high," he said.

With the country's economy likely to grow by over 10 per cent in the next few decades, he said.

Two-way trade between India and Commonwealth nations currently stands at about $80 billion, which is expected to grow manifold in the coming years.