Sign in  |  Create a Rediffmail account
Rediff.com  » Business » Rising incomes: For many Indians, every day is Diwali! 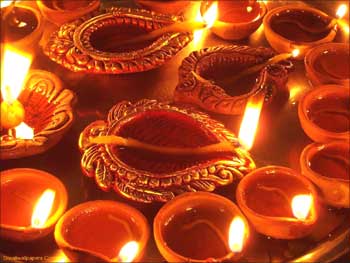 S N Krishna makes one big purchase every Diwali. Last year, the 67-year-old resident of Noida bought a car -- he paid for it during Navratra but took delivery only on Dhanteras.

This year, he plans to replace the small refrigerator with a larger one. Why now? It's an auspicious time to make a big purchase, for one.

"My father also feels that, this being the off-season for fridges, he will get a better deal!" laughs his son, Piyush Pushpak, 27. The young man, however, does not subscribe to his father's belief in Diwali shopping.

"I shop through the year," he says. "This year, the only new clothes I have until now are the ones my parents have gifted me."

This difference in buying behaviour between father and son -- more of a generation gap, really -- is true also of Krishna Sengupta, 65, and Gitanjali, 33, her daughter. 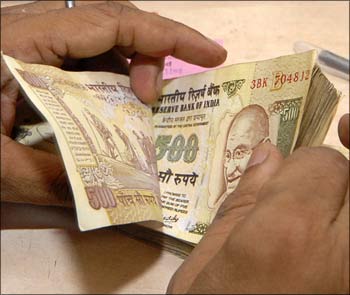 "Puja used to be the only occasion when we spent; the entire yearly bonus went into clothes, shoes and other items for the family," reminisces the retired schoolteacher from Kolkata. "I, like most of my friends, spend round the year," says Gitanjali.

Down south in Bengaluru, Savita Devi, 30, is an impulse shopper too. "Now every day is Diwali," she chuckles.

She picks clothes at whim, mostly at malls, much to the horror of her mother Gayatri, who thinks twice even now before buying clothes.

Geetanjali, Piyush and Savita are not exceptions. Young Indians across cities, with more money in their pockets than their parents earned and access to a range of goodies from across the world, no longer wait for Diwali (or Durga Puja/Ganesh Chaturthi/Onam-Pongal) to make their purchases -- big or small. Besides, unlike their parents, a lot of the youngsters don't get festive bonuses.

The result -- Diwali, traditionally the most important buying season in India, has lost a lot of its shine. "Over the years, buying [has become] more evenly distributed," Uma Talreja, head of marketing, Westside, has found. 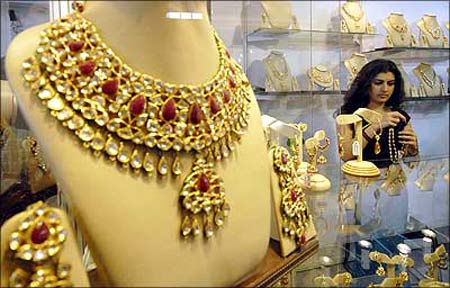 "There is growth in the third quarter, but the peaks are now not as sharp. The average growth is 8-10 per cent over the previous quarter," she adds.

But then India is many countries. . . in this case, many markets.

Diwali continues to be big among older, more tradition-minded consumers, and in tier-II cities, which remain largely unaffected by the explosion in modern retail.

For instance, the spike in sales is sharper at Fashion Yatra, the garment retail format targeted at smaller cities from Trent, the Tata company that also runs Westside, which is targeted at the well-heeled urban market. 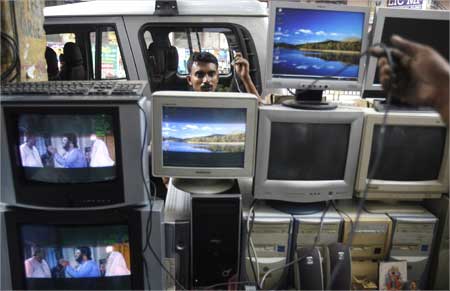 But even this is a far cry from earlier, when as much as 50 per cent of yearly sales (in garments, especially) would happen around the festivals.

What is happening, says Kumar Rajagopalan, CEO of the Retailers' Association of India, is that "the basket of consumption has gone up. The middle class shops round the year, but is also not willing to let go of tradition, and so shops during festivals too. It's like pasta -- Indians have embraced it, but they have not given up roti-chawal."

The exception to this trend, of spending becoming more diffuse is gold jewellery.

"Twenty-five per cent of our annual sales happen between Navratra and Diwali," says Mehul Choksi, chairman and managing director, Gitanjali. "But this is also the wedding-buys season."

Record prices of gold this year could blunt some of this demand, but traders expect a rise in demand for diamond jewellery to make up for it. 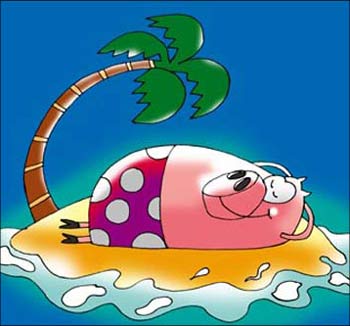 The other sector on which Diwali and the contiguous festive period has an energising effect on sales is consumer electronics.

But as a Samsung spokesperson says, the festive season is not confined to Diwali alone but starts with Ganesh Chaturthi, followed by Durga Puja and Dussehra.

"A longer festive season means that Diwali is not as big as it used to be, but it still gives the brands' revenues a massive push," she says.

Samsung India is looking at a 40 per cent jump in sales this season, and so is LG India. Sony India, too, expects a "significant" increase in sales revenue this Diwali, reports Sunil Nayyar, general manager, sales, Sony India.

No wonder then that there is a flurry of promotional activities in the lead-up to Diwali -- ad campaigns, new launches, special "bundle" offers, contests and so on. 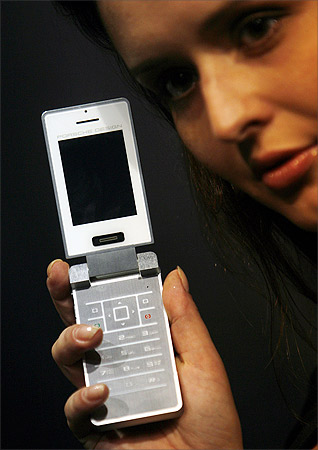 This year, the sales pitch is shriller as marketers like Amitabh Tiwari, national head of sales, LG India, expect that "economic growth coupled with higher spending power will add up to an increase in sales".

Its rival Samsung had a launch early this month of its 3D LED TV package and is offering gifts to all those who buy 46" (and above) TV sets in this range. Sony India is betting on bundled offers -- buy a Sony product and you could win other Sony 3D products.

The flurry of launches extends to mobile phones as well, although as a category mobiles do not sell more during the festive season.

Samsung, which had targeted 10 launches this year, will be unveiling a couple of models; Nokia launched its latest N8 phone just before Durga Puja; Motorola came out with its dual-sim handset a fortnight ago while Onida launched a new range of mobile phones on Friday. 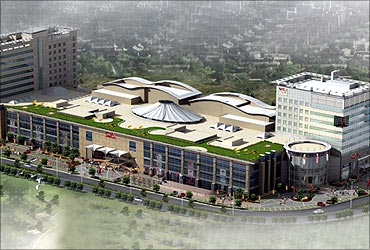 Car sales, another big ticket purchase, see a rise too, but it is not restricted to Diwali. "The season is spread across a two-month period beginning with Onam in Kerala, then Ganesh Chaturthi in Maharashtra, Dussehra up north, Durga Puja in the east and culminating in Diwali," says a Maruti Suzuki spokesperson.

Hyundai reports a similar tend. "We have noticed that there is as much as a 25 per cent increase in sales during this month in north India. In the south, we see a comparable surge for Pongal," says Arvind Saxena, director, marketing and sales at Hyundai Motors.

Ayudha Puja, the ninth day of the Navratra, is especially big for car sales in South India. Tata Motors records a smaller jump of 10-15 per cent, and so does Nissan. With two-wheelers, the surge is higher with TVS Motor Company registering a 30-40 per cent increase in sales during Dussehra-Diwali.

There is a number of launches in this sector this year as well. Tata unveiled its MUV Aria a few days ago, while Hyundai showcased the Santa Fe and i10 Next Gen, and Maruti came out with newer versions of Eeco and the Alto. Interestingly, no manufacturer is offering discounts, as they did in earlier years. 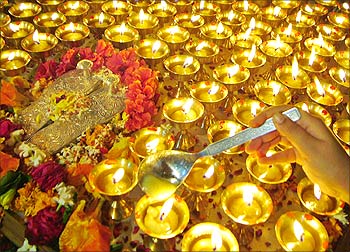 This year in contrast the Diwali lineup is somewhat tepid -- Vipul Shah's Action Repplay with Akshay Kumar and Aishwarya Rai, and yet another installment of the Golmaal franchise.

So is Diwali no longer what it used to be?

Consider the evidence. The biggest hits of 2008 and 2009 were Aamir Khan's Ghajini and 3 Idiots, respectively; both released on the Christmas weekend. The year before, in 2007, Aamir had the well-received Taare Zameen Par, directed by himself. It was a December 21 release.

True, last Diwali there was the Rs 100-crore (Rs 1 billion) extravaganza Blue,  the Salman-Kareena Main aur Mrs Khanna and the gag-a-minute All The Best. But the first two fizzled out; only All The Best kept its head above water. 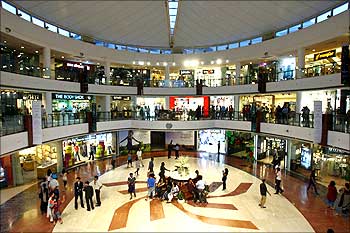 Siddharth Roy Kapur, CEO of UTV Motion Pictures, says, "Diwali remains a big date but other festivals have emerged as significant as well. Dabanng was an Eid release and did marvelously. Over the past few years, we have been looking at all sorts of factors when releasing a film: school holidays, the cricket calendar, long weekends, even the weather."

"As a production house, we also look at whether a film suits the festive mood," says Apoorva Mehta, CEO, Dharma Productions.

"Our biggest film this year was My Name is Khan. But it is a serious film, it wouldn't go with the Diwali mood."

Mehta denies that it was Aamir who brought Christmas into prominence. "It was Dharma that started the trend of releasing films in December with Kabhi Khushi Kabhie Gham. This is the global festival-holiday season, and as our films started looking to tap the international audience, we had to consider this."

However, trade analyst Taran Adarsh disagrees with the 'dimming of Diwali' thesis.

"Just because Dharma and Yash Raj are not releasing movies, it doesn't mean this is not a bumper Diwali. Both Golmaal 3 and Action Repplay are expensive and eagerly anticipated."

But what of Christmas? "Yes, Christmas is very big now, as big as Diwali," he concedes.