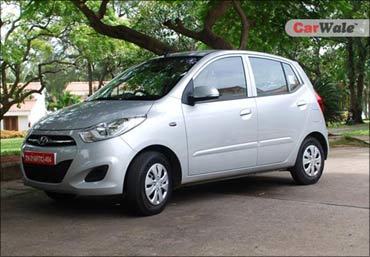 Today, Hyundai and its sister concern company Kia have one of the largest R&D centres in Asia.

The Korean automobile giant has been working hard to improve its current fleet and develop new products for its automotive markets worldwide. This effect can be seen in India as well.

Hyundai Motor India Limited (HMIL) has been giving facelifts to its current range of cars. So are the changes on the Hyundai i10 worth it? Dig deeper to get your answers. 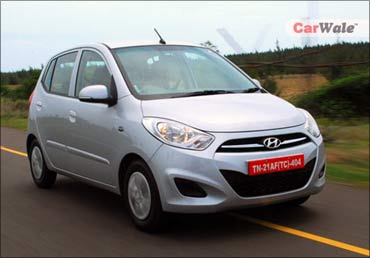 The Hyundai i10 had won the CarWale Viewer's Choice Award 2010 under the category of Small Family Car. Just a minor facelift might have not helped Hyundai, so the company has done some major changes on the i10.

Apart from the cosmetic changes, the Korean automaker, with its manufacturing base in Chennai, has gone about tweaking both the i10 engines.

The first look itself can make you figure out the substantial changes on the outside of the i10. The hatchback gets a striking new front grille which gives it a more aggressive and masculine look. 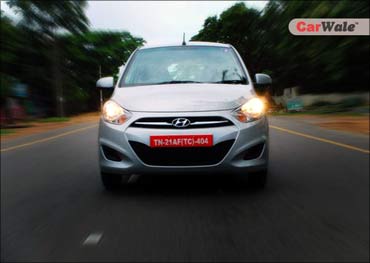 The lower front end gets a trapezoidal-shaped mesh grille. This combination is Hyundai's new family face look which will be seen on all their new upcoming models. This is accompanied with a sharper headlamp design, which gives it a more grown-up look.

The fog lamp design has been changed and the top-of-the-line Asta version gets chrome surrounds around the fogs. The other changes include the new side-indicator mirrors with a defogger which prevents the mirrors from fogging.

The other makeover on the exterior is the new rear bumper design with reflectors. The side profile of the i10 remains unchanged and to our dismay the alloys go missing even as standard on the top-of-the-line Asta variant. The alloys are available as an optional extra which can be fitted at the dealership. 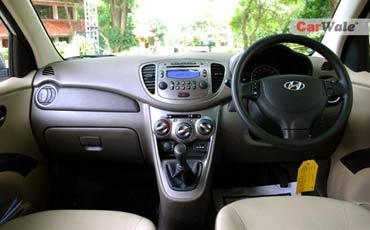 We were astonished to see the number of changes the i10 has undergone, not just on the outside but even inside as well (even on the inside or inside as well). The old beige and black dash has now been changed to little brown and metal finish centre console.

This new colour doesn't reflect back into the windshield during the daytime unlike the beige, which was a problem that most consumers faced.

The new dash colour reduces glare on the windscreen and helps to reduce the stress on the driver's eyes especially in bright sunlight. The green interior lighting has been replaced with blue (like all the new Hyundais).

There is a new instrument cluster and the in-dash system gets an auxiliary-input and USB connection along with Bluetooth connectivity for your cellular phone. If that's not enough, the steering wheel of the i10 now gets audio & telephony controls, and Hyundai has changed the colour of the seat fabric and the door pads as well. 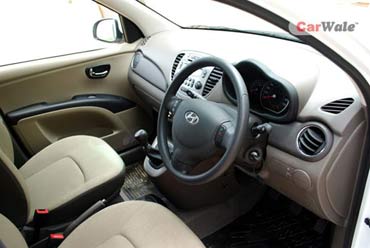 ARAI claims that the fuel economy of Hyundai i10 is 20.3 kmpl under test conditions, which is another best-in-class feature when compared to the ARAI claimed figures. Since, it was a first drive, we didn't get the opportunity to do a fuel efficiency run on the car, but we will soon do it once we get a press demonstrator for a longer period for a complete review. 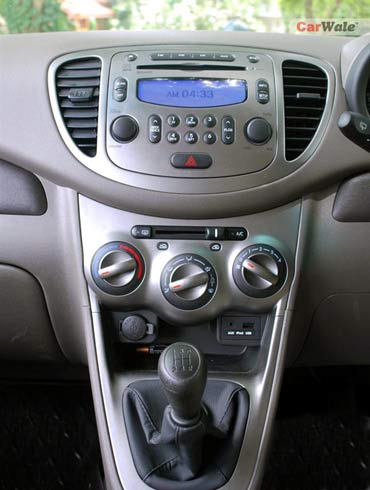 Talking about the performance, we reckon the i10 will do a 0-100 kmph in 14-odd seconds. Hold on for more some time and we will get back to you with the performance figures once we get the car for a complete performance test.

The Kappa2 is responsive and pulls well from revs in excess of 1600rpm. This is a good city car and overtaking is easy as adequate power is available on tap. 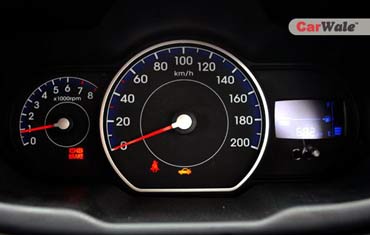 The first and the third gear ratios of the i10 have been revised and made shorter, sending some extra torque to the wheels. This further helps to improve the in-gear timings and the car will respond well even when in a higher cog.

The underpinnings of the Hyundai i10 remain unchanged with struts upfront and torsion beam at the rear. The suspension is a tad stiff, but this doesn't affect the ride to that extent as the suspension soaks up most of the undulations. 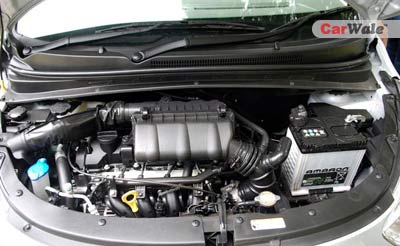 This suspension set-up improves the handling abilities of the i10, inspiring the driver to drive quickly around a corner. The electric power steering is highly responsive and the feedback is also good enough. It weighs up well as the speeds go up and doesn't feel dead or artificial at anytime.

The brakes on the i10 have a good feel and they bite progressively. Our first drive press demonstrator came shod with MRF ZEC 155/60/R13 tyres. There wasn't much of tread noise from these tyres and they gripped decently enough. 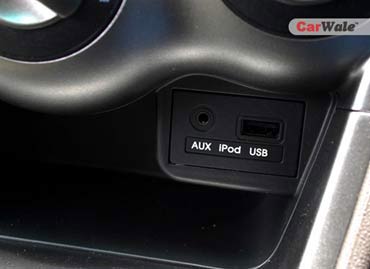 The Hyundai i10 is a great package to opt for, considering all the bells and whistles, good ownership experience and lower depreciation cost being a Hyundai. The i10 is the new bread-and-butter car for Hyundai, although the Santro Xing still lingers. 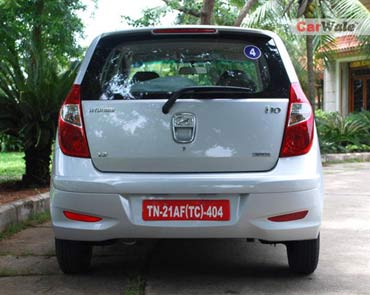 The Korean manufacturer seems to have hit the bulls-i with the upgrades and raised the bar further by adding features that are available in cars which are a segment higher.

It's now been given the necessary ammunition to deal with the onslaught from the newer players, thereby reinforcing the fact that Hyundai is determined to be a segment leader and consumers can go back to buying Hyundai's in even more numbers than before.