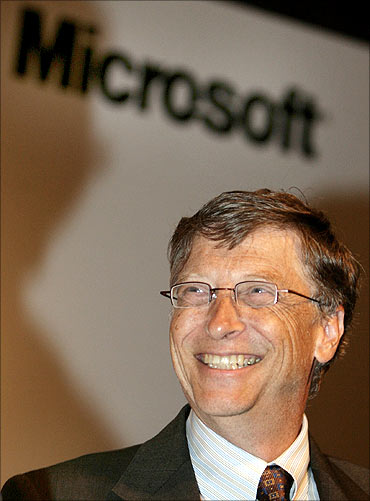 Image: Bill Gates.
Photographs: Reuters.
They dropped out of college to pursue their entrepreneurial dreams. Some did not even complete schooling.

Despite no formal education and fancy degrees, they worked wonders to build successful companies and made a good fortune as well.

Meet some of the world's most remarkable and inspiring entrepreneurs.

"In this business, by the time you realize you're in trouble, it's too late to save yourself. Unless you're running scared all the time, you're gone."

Gates dropped out of Harvard in 1975. He took interest in computer programming since he was 13 years old.

Hailed as one of the chief architects of the personal computing revolution, he is also a great philanthropist donating billions of dollars to charity across the globe. 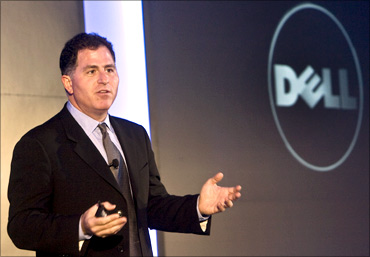 Michael Dell became an entrepreneur at a young age of 12, made his first $1,000 by selling stamps, and later sold newspaper subscriptions for Houston Post, making enough money to buy a BMW at 16.

Michael Dell later founded Dell Inc, one of the world's most successful IT companies. 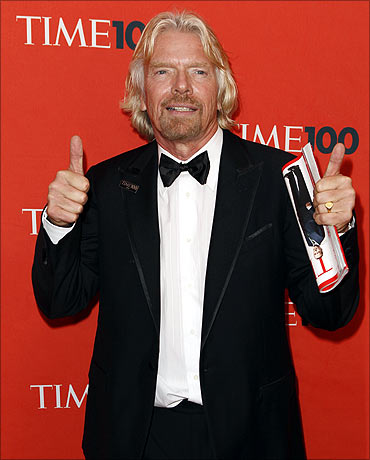 "A business has to be involving, it has to be fun, and it has to exercise your creative instincts."

At age 16, Branson published a magazine called Student while still in school.

In 1970, he set up an audio record mail-order business. In 1972, he opened a chain of record stores, Virgin Records, later known as Virgin Megastores.

Branson's Virgin brand grew during the 1980s and along the way he set up Virgin Atlantic Airways and expanded the Virgin Records music label. 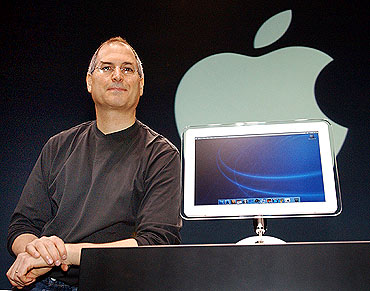 "I think we're having fun. I think our customers really like our products. And we're always trying to do better."

Steve Jobs dropped out of Reed College after one semester and went to work on designing games.

Later, he teamed up with Steve Wozniak, an engineer to start a business.

In 1975, at the age of 20, Jobs and Wozniak started working on the Apple I prototype. 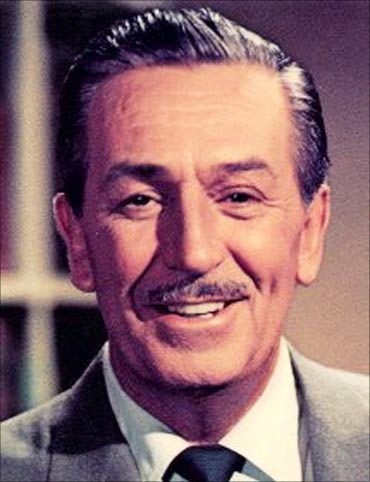 "All our dreams can come true, if we have the courage to pursue them."

One of the best-known motion picture producers in the world, The Walt Disney Company, has annual revenues of about $35 billion. 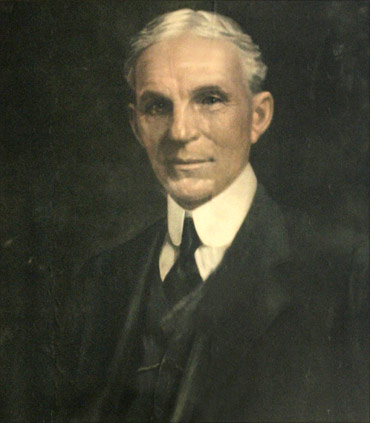 "Anyone who stops learning is old, whether at twenty or eighty. Anyone who keeps learning stays young. The greatest thing in life is to keep your mind young."

He is known for the introduction of the Model T automobile which revolutionised transportation and American industry. 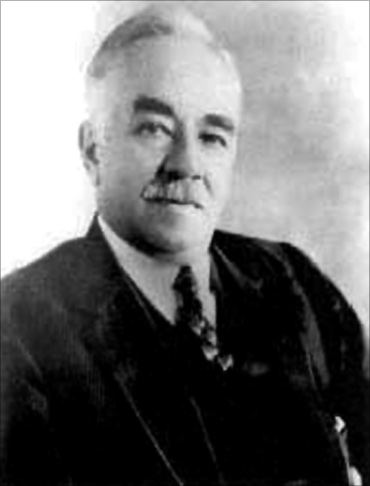 "I think if you study-if you learn too much of what others have done, you may tend to take the same direction as everybody else."

Milton Snavely Hershey (1857-1945) was founder of The Hershey Chocolate Company.

He dropped out of school when he was just 14 years old, he got a job at a candy factory in Lancaster, Pennsylvania.

After working a few years at the candy factory, he decided to open his own little candy business near Philadelphia.

After a series of failures, he finally tasted success selling caramels. Today, Hershey's is the largest chocolate manufacturer in North America. 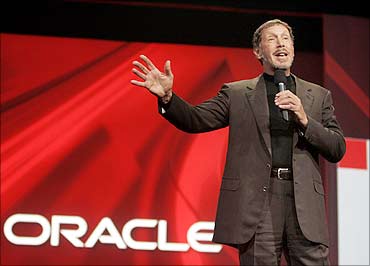 "I have had all of the disadvantages required for success."

Larry Ellison left the University of Illinois at the end of his second year, after his mother died.

He later studied computer designing and moved to California.

After doing several jobs for eight years, in 1977, Ellison and his Ampex colleagues, Robert Miner and Ed Oates, founded Software Development Labs, with $2,000. 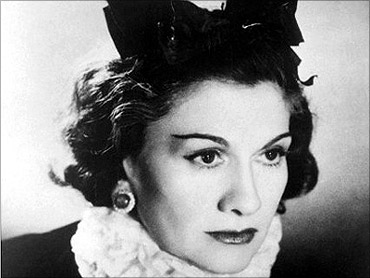 "Fashion is made to become unfashionable."

Starting with the first millinery shop, in 1912, she grew to become one of the most famous fashion designers in Paris. 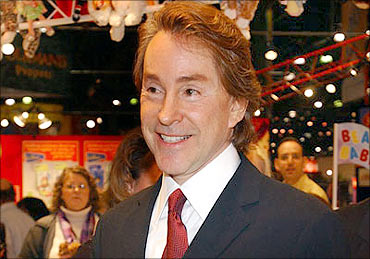 "As long as kids keep fighting over the products and retailers are angry at us because they cannot get enough, I think those are good signs."

H. Ty Warner is an American toy manufacturer and businessman.

After dropping out of Kalamazoo College in Michigan, he tried his luck in Hollywood as an actor but failed.

He then began working for toy maker Dakin. By 1986, Warner mortgaged his home and invested his life savings into founding Ty Inc. 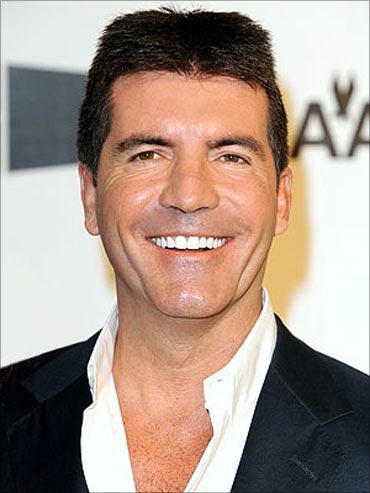 "The object of this competition is not to be mean to the losers but to find a winner. The process makes you mean because you get frustrated."

Simon Cowell is also the owner of the UK-based TV production and music publishing house Syco.

He is best known for judging TV talent shows, including Pop Idol, The X Factor, Britain's Got Talent and American Idol. 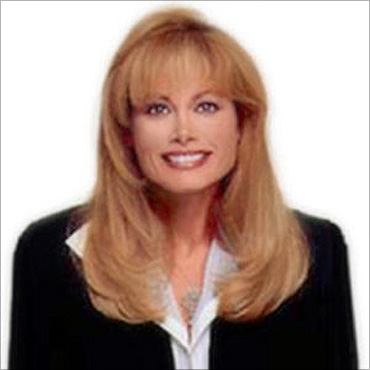 "I knew I loved making cookies and every time I did, I made people happy. That was my business plan."

Initially, she was discouraged by her husband who said she will not be bale to sell $50 worth of cookies on the first day.

But when she saw people were not coming to her store, she went out on the streets and sold cookies worth $75. 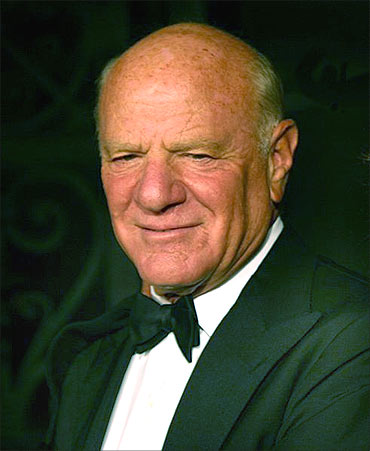 "This is a world in which reasons are made up because reality is too painful."

Barry Charles Diller is the chairman and chief executive officer of IAC/InterActiveCorp.

Ever since he dropped out of college, he had set his eyes on the show business.

Starting his career as an agency mail clerk, he rose to become one of the famous and richest media barons. 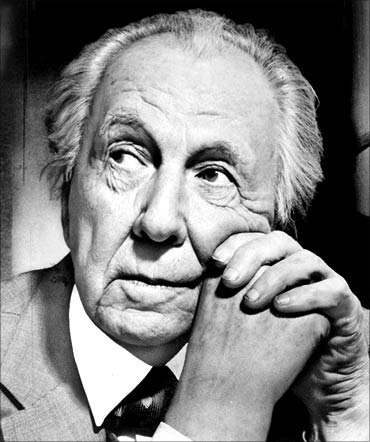 "Harvard takes perfectly good plums as students, and turns them into prunes."

Wright started using new technology, materials and engineering to create some of the 20th century's most iconic buildings.

At 18, Wright joined an engineering course at the University of Wisconsin, Madison but dropped out to join the architectural firm of Joseph Lyman Silsbee.