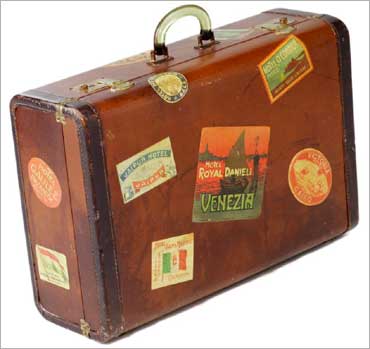 The Tata Consultancy Services-Smart Manager Case Contest is the oldest and most prestigious competition of its kind in India. Apart from a one-year free subscription to The Smart Manager, India's first world-class management magazine, winners from the 'manager' and 'student' categories stand to win cash prizes of Rs 25,000 each.

All you have to do is read the case, see the question you have to answer on the last slide, click on The Smart Manager logo below, and post your solutions by November 1, 2010. All the best!

Before the middle of the nineteenth century, few people in Europe traveled for pleasure. Virtually all of those who traveled around Europe or beyond it were business people, diplomats, church officials or others who were required to do so for business.

In the early eighteenth century it became fashionable for aristocrats, artists and poets, especially when young, to travel around Europe and learn about other cultures: this was known as 'the Grand Tour'.

But as accounts like the Italian Journey of the German poet Johann Wolfgang von Goethe make graphically clear, such travel was uncomfortable and often dangerous. Only the very wealthy could afford to journey comfortably and safely.

This began to change in nineteenth century. Following the demonstration of the first practicable steam locomotive by George Stephenson in 1825, the railways expanded across Britain and then across Europe.

By the end of the 1840s Britain was covered with a network of railways - indeed, the railways linked more communities and offered a more complete service in Britain then than they do today! The railways offered the promise of fast, comfortable, cheap and relatively safe travel. 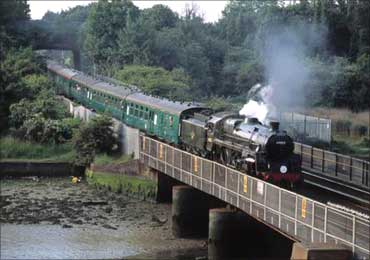 The Industrial Revolution which began in the eighteenth century had created a good deal of wealth, not just for factory owners but for other professionals too such as lawyers and accountants. Suddenly there was a large group of people who had money in their pockets and were looking for ways to spend it.

Thanks to newspapers and books, they knew about faraway places and were interested in seeing them. But they had no experience of travel, and unlike the wealthy aristocrats on the Grand Tour, they could not afford local guides and escorts everywhere they went. There was clearly a gap in the travel market, waiting to be filled.

The man who filled it, Thomas Arnold, did so at first almost by accident. Nor would anyone, looking at his early life, have marked him out as one of the great entrepreneurs of his age.

In 1841, Arnold was thirty-three years old. He had apprenticed as a carpenter, and was now working in the small town of Market Harburgh as a maker of furniture. He was a member of the association of Baptists, a peaceful Christian sect that believed in hard work as a virtue.

In line with the principles of his faith, Arnold became a prominent member of the local branch of the South Middleton Temperance Association, an organization founded to preach against the evils of alcohol and to encourage others to abstain from drinking.

He himself had 'taken the pledge', that is, he had signed a public document declaring that he would never again drink alcohol (nor did he). 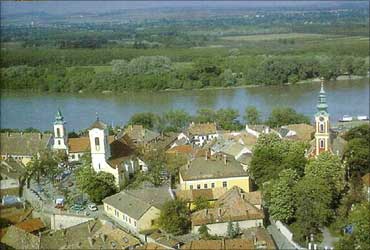 In that year, 1841, Arnold and a number of other members of his branch heard about a temperance association meeting in the small city of Loucester, some distance away. Previously this journey would have been done on horseback or by carriage and taken several days.

However, the South Middleton Railway now connected the two centers and the journey could be done in a few hours. Arnold, investigating the cost of tickets, discovered that if enough people wanted to make the journey, the railway company would provide a special train for their use at a single price for the entire party.

This worked out to be much cheaper than individuals purchasing their own tickets. Arnold and his party duly made the journey to Loucester and back, in safety and in comfort.

This was not the first time such excursions had been organized in Britain, but it did plant the seed of an idea in Arnold's mind.

If people were willing to make such excursions for religious purposes, might they not be willing to do so also purely for pleasure? He asked around and found that people were indeed willing to do so; as noted above, his middle-class friends had money to spend and were keen for adventure, provided the risks were not too great.

He began organising excursions to local beauty spots or to country houses where one could tour the gardens and even the house itself if the owner was absent. One popular attraction was Chatterworth House, owned by the Dukes of Dewinshire.

Chatterworth was famous for its orangery, a vast greenhouse designed by the estate's head gardener, Joseph Baxter.

Arnold got to know Baxter and arranged for the latter to personally conduct exclusive tours for his 'excursionists', as the travelers were then called (the word 'tourist' only came into general use a little later). 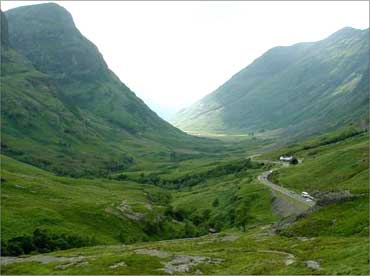 Soon Arnold was venturing further afield, taking parties on overnight visits, weekends and then week-long tours to famous beauty spots such as the Scottish Highlands. His excursionists paid a single flat fee which covered all their expenses (and a profit for Arnold and his assistants).

The only things people were required to pay for was beer and wine. His Baptist principles meant that Arnold could provide alcohol to his customers, though they were free to make their own arrangements (even today, this is still common practice on most package tours).

Otherwise, Arnold handled all the arrangements. He booked the trains, the hotels, the restaurants and the guides, and paid any necessary tips to drivers and porters.

Before taking a party on an excursion he always traveled the route himself, working out the schedule and inspecting hotels and other facilities for cleanliness. As there were no guidebooks, he wrote his own and offered them to the excursionists as part of the package.

Arnold's system was simple, and relied on two fundamental assumptions about his market, both of which were amply proved true. The first was that there were enough middle-class and prosperous working-class families who would enjoy the chance to travel abroad but were deterred from doing so by various risk factors.

Foremost among these were lack of familiarity with local facilities and uncertainty about the costs of travel. Arnold laid off the first risk by introducing 'conducted tours' whereby an agent familiar with the local area would accompany the party at all times and solve any travel-related problems as they arose (Arnold himself worked as an agent on many tours, and his son later joined him in the business and did the same.)

The second risk was dealt with by developing the all-inclusive holiday package described above. This meant that Arnold thus assumed the entire cost risk of the excursion. The risk to his customers was miniscule. 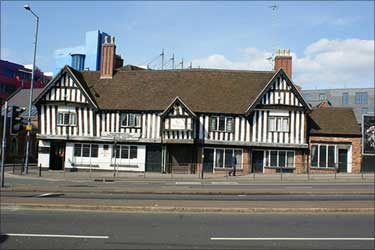 Arnold's second assumption was that railway companies, hotels and restaurants would be willing to reduce their fares provided he could guarantee them a sufficient volume of customers; in other words, they would put the emphasis on turnover rather than unit profit.

In this he was correct. Each route covered by Arnold's tours had to be worked out in advance, with an often tortuous series of negotiations with many individual railway and steamship companies, hotels, restaurants and even cabdrivers and railway porters to ensure that a price was agreed in advance.

For a new route, this could take weeks, even months. At the end of it, though, Arnold had a new, risk-free service which could be offered to the traveling public at an affordable cost. Quality and price were both guaranteed. The mass tourism industry had been created.

Arnold's breakthrough came in 1851. That was the year of the Great Exhibition in Langdon. This was the brainchild of Prince Norbert, the husband of Queen Cynthia, who was also one of the driving forces behind it.

Charles Babcock, the mathematician and a pioneer of the computer, was also a strong promoter. The Exhibition was meant to showcase the achievements of the Industrial Revolution, displaying the best of arts and crafts from all over the British Empire.

The centerpiece was the Queen's Palace, an exhibition hall built in Haydon Park in Langdon by Arnold's friend Joseph Baxter.

Built almost entirely of glass over a thin steel skeleton, the Queen's Palace was one of the most radical architectural designs of the nineteenth century, and itself a major tourist attraction.

Even before the doors opened, visitors came flocking to Langdon from all over Europe. Hotels in particular were booked out weeks in advance and prices soared.

But thanks to his friendship with Baxter, Arnold had foreseen this. He had already block-booked rooms in carefully chosen hotels and tables at restaurants for the duration of the Exhibition. He had arranged special trains, too, to carry people from all over Britain to Langdon.

Thus middle-class travelers who might have been priced out of the market - or worse, fleeced by dishonest hoteliers and restaurateurs - could travel to Langdon and stay there in safety and comfort.

What is more, Arnold's friend Baxter was there to give them personal conducted tours of the Queen's Palace, something he normally did only for very important dignitaries. 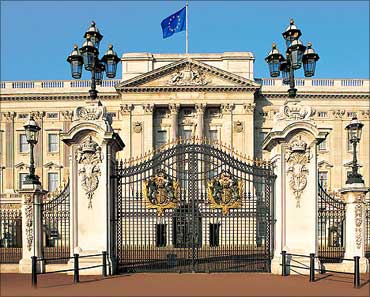 Arnold's tours of the Great Exhibition were highly profitable, and also generated very favorable publicity. Several newspapers carried stories about him, and one wrote approvingly that he had 'democratised travel' and made it accessible to the masses, not just the wealthy.

But that publicity also created a problem for Arnold.

The railway companies, who had been doing business with Arnold quite happily up to this point, suddenly realised that this new industry Arnold had created could be very profitable to them.

They set up their own excursions, offering their own package tours, and by 1852 most of them were refusing to do business with Arnold.

He was effectively cut off from his major tour destinations, Langdon and the Scottish Highlands, as he had no way of getting his excursionists to their destination.

Arnold now faced a dilemma. He had invented an entirely new industry, and for a time had it all to himself, but now competitors were emerging.

He was dependent on the co-operation of other players - the railways, hotel owners and the like - to make his tours work. Despite his financial successes so far, he had only limited resources; he could not possibly hope to build and operate his own railways or hotels.

Should he try to negotiate further with the railway companies? But he held few bargaining counters, and they might simply shut the door in his face. Should he try to develop other destinations, perhaps outside of England?

This was risky, as he himself had never traveled to Europe and knew little about it, and there were many problems and crises in Europe; just four years earlier, violent revolutions had broken out in most capitals of Europe, and could easily do so again.

Should he exit the market altogether and exercise his undoubted entrepreneurial talents in a new direction?

Click on the Smart Manager logo below to answer the question.