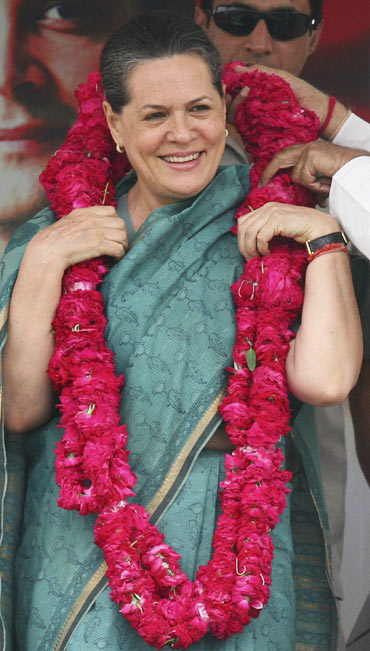 He said it must be ensured that people losing land should have a means of livelihood, which could be either through equity, annuity or employment.

Gandhi had last week favoured the Haryana model for land acquisition. In the state, farmers are not only offered lucrative compensation, but also annuity for 33 years.

Several parts of the country like Uttar Pradesh, Karnataka, Orissa, West Bengal and Jharkhand have been witnessing farmers' protests against land acquisition, which have turned violent in some cases.

"It is a good policy because it is a fair deal for the farmers," realty major Unitech managing director Sanjay Chandra said. 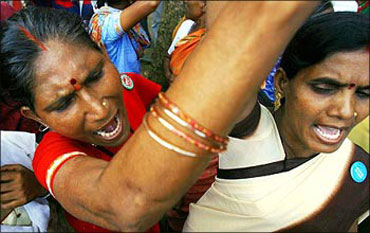 Videocon chairman Venugopal Dhoot echoed similar views, saying the annuity model would do justice to both sellers and buyers.

"Yes, it is a good model for buyers and sellers," he said.

However, a discordant note was struck by Jaiprakash Associates Ltd Executive chairman Manoj Gaur, whose group firm Jaypee Infratech is the developer of the Yamuna Expressway and JP township, where land acquisition efforts faced violent protests by farmers at Aligarh and Agra.

"Personally, I do believe that land has been acquired for ages and people who give the land have remained happier even before the Haryana model came into existence," Gaur said.

On whether the government should have a role in land acquisition, the industry was divided.

The Videocon chief said the government should only remain a facilitator while 'there should be a direct deal between the industry and farmers to make the deal fairer'. "It can't be done by private negotiators. The government has to step in to ensure that the industry gets a compact piece of land," Bhargava said, adding that a part of the land requirement can be met by direct negotiations between buyers and sellers.

With land holdings being small, the industry faces the problem of contiguity while negotiating with several farmers.

"Government should have a role in land acquisition because for large scale projects to get contiguous land, you do need government support. There would be pockets of land left in between, due to which the projects will not get completed," Unitech's Chandra said.

However, Dhoot and Chandra differed when it came to agreeing to a proposal to give shares and part of the profit to those who part with their land.

While Dhoot favouring it said, "Of course I agree," Chandra held, "No, as shares are fluctuating, there is uncertainty to it. If the project does not take off or if it is not profitable, farmers will not get anything."

However, the Tatas, which had to shift its Nano project to Sanand in Gujarat from Singur in West Bengal following farmers' protests, suggested a model tripartite agreement for land acquisition. 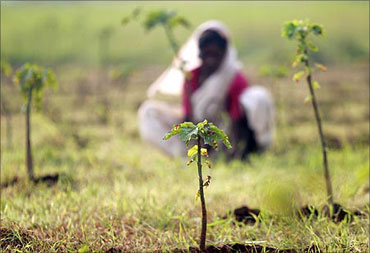 "To ensure that the process of land acquisition is smooth and mutually beneficial, and conflicts are resolved, a tripartite model needs to be created," Tata Steel spokesperson Sanjay Choudhry said.

The partners in this agreement would be -- government, corporate and the project affected people, he said.

On whether the fertile land should be acquired for industrial purposes, the majority of the industrialists said there should not be any ban on such acquisition.

However, leading industry body Assocham said acquisition should not be 'forcible'.

"Agricultural land should not at all acquired forcibly," Assocham secretary general D S Rawat said, adding that the impending Land Acquisition Amendment Bill should incorporate a clause to that effect.

Maruti's Bharagava said, "If possible fertile land should be used for agriculture. It would be a win-win situation for everybody."