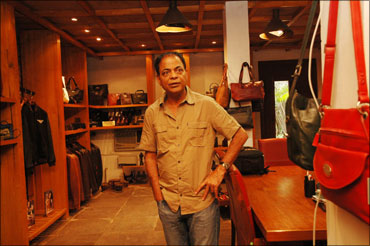 Sixty-one-year-old Dilip Kapur, founder-president of Hidesign, an international brand, started designing leather bags as a hobby. Soon he converted that hobby into tradecraft.

Today, his business is worth over Rs 100 crore (Rs 1 billion) with 62 exclusive showrooms and a distribution network in 23 countries of over 2,000 stores.

Yet what drives him is creative satisfaction and responsibility to environment than selling more bags and expanding his brand reach.

Having grown up in Auroville from the age of 4, he has lived as one 'very close to nature'. So anything to disturb nature's balance is unpardonable to him. That is why he uses only vegetable dyes for all the products made by Hidesign.

Though he did his Masters and PhD in International Affairs from the prestigious Princeton University, it was designing leather bags and making a success of it that gave him creative satisfaction.

His is the story of how someone transformed a hobby into a passion and a successful business. Thirty-two years have passed yet his passion for creativity has not diminished. What started off as a hobby with Rs 25,000 and one man to help him is an international brand worth more than Rs 100 crore (Rs 1 billion) and today there are more than 2,000 people working for Hidesign.

Click NEXT to read his amazing story in his own words . . . 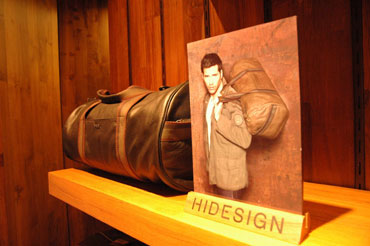 Growing up in Auroville

My father had a shoe manufacturing factory in Delhi but he and my mother sold it and came to the Aurobindo Ashram. I was five then. At that time, it was a French colony, so I have a French passport!

It was great to be studying in the Ashram school after the scary and regimented atmosphere I had in a convent in Delhi. There was no difference between anyone in the Ashram; all were equal.

It was a close, warm atmosphere and was liberating even for a child. I had the freedom to study whenever and whatever I wanted; there were no exams. I was there in the Ashram school till the age of 15.

Off to America at 15

The Ashram was very liberating but it seemed too closed and small for a 15-year-old who wanted to see the world. I wanted to go to America as, to me, it was the centre of the world at the time.

I saw a list of best schools in the world in The Times, and chose Phillips Academy, Andover. I wrote to them that I wanted to study there. They gave me a scholarship and I went there to study.

It was 1964, and at that time, there was not much foreign exchange that you could get. The Reserve Bank of India gave me $8 when I went to study! 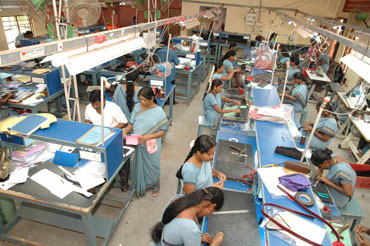 However, the more I got to know America, the lesser I liked it. So, after my studies and working there for nine months, I decided that I was going to come back to India. I wanted to come back because I had this pride that I was an Indian and wanted to live in India.

As I was not terribly mainstream, I didn't want a job and be very successful. I was more interested in doing something more experimental and challenging.

I worked in a leather goods company for nine months and that was how I was introduced to leather and I loved the feel and smell of it.

It was when I was planning to come back to India that Auroville was started as an experimental place for human unity. When I came here in the summer, it was a desert and the residents were planting trees. From a desert, it has become a place with 3 million trees.

But when I came back with a PhD in International Affairs, there was nothing to do in Auroville, except plant trees and plan the affairs of Auroville. 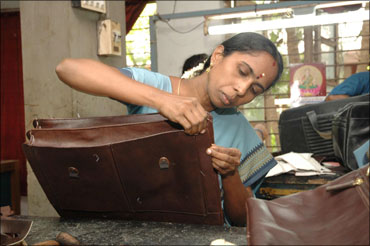 Image: A leather bad being made.
Photographs: Sreeram Selvaraj

Designing bags as a hobby

While I was helping to develop Auroville, I had this hobby of designing bags. I used to buy leather from Chennai and design handbags.

India used to be a big centre of vegetable tanned leather and the other two such centres in the world were Italy and Brazil. But when chemical tanning came to India, vegetable tanning, which is slow, vanished from India.

Because I lived in Auroville, I could not think of polluting nature with chemicals. So, I kept experimenting with vegetable tanned leather and learning more about it.

The first bags I designed and made were gifted to my mother, sister and aunt. 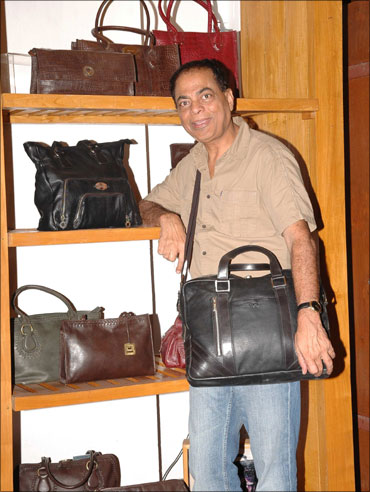 When a very rich friend of mine paid me Rs 300 to buy a bag I designed, I was shocked! I never expected someone to pay money and buy what I had made!

I started Hidesign with a capital of Rs 25,000 and one cobbler (Murugayan). It was hide (leather) and design with 'de' in shadows. Later a London company made it one word, Hidesign.)

Murugayan brought his nephew Mani to join us.  The third person was Pramila, a young girl of 16 and Mani fell in love with her. That was the first love that happened at Hidesign. They got married but both of them still work for us, even 32 years later. 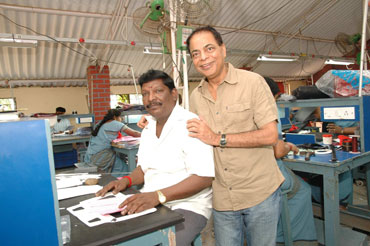 Through a friend of mine, a German buyer saw my bag and he ordered 1,400 bags from me. Imagine, I had just started my business and had only one cobbler working for me. After six months, I supplied 200 bags. That was all I could make.

A friend who was staying in Auroville went back to Australia and was working in a car factory. When he broke his back, he got $12,000 from the company. He came back, bought my bags, and sold them in Australia. He was quite successful in it. That was how we reached Australia.

One of his cousins living in England saw my bag and was impressed. She started buying them for the UK market.

Then, somebody who visited Auroville from California saw my bags and started selling them there.

As I had lived in America for many years, my style of design was American. That was why it was sold in so many countries that are similar to America.

Hidesign was sold only in the international market, first in Germany and then Australia. We came to India only in 2000.

Most leather at that time was 'plasticky' and unnatural. But the hippies, and the generation that came out of the cultural revolution, liked more natural and not what was in the leather market then.

I would say it is the rebels who bought my bags. So, our bags were sold in alternative stores and not in the mainstream stores. 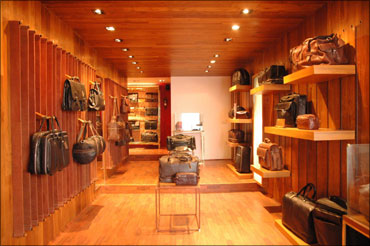 To the mainstream stores

We had only the rebels as our customers in the first ten years. It took us ten years to conquer the mainstream market. That was with John Lewis, the major super market in the UK buying our products.

By then, the whole culture had changed and people became less conservative and more casual. Yes, I felt a little bad when we moved from the rebel camp to the mainstream camp.

In 1992, Hidesign's Boxy Bag won the Accessory of the Year award from the Accessory Magazine. I had designed a little suitcase like a box with a long strap. We collected the award from Princess Diana! 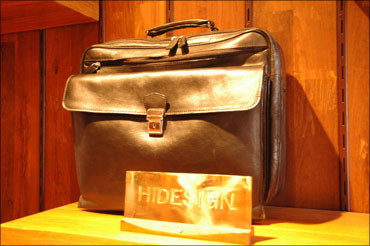 More of a creative person than a businessman

What gave me satisfaction was designing bags and not the profit I made or the number of countries we conquered. I didn't know how to read my profit and loss account in the first ten years.

I don't know how much profit I made in the first year or the second year. I feel if I had more interest in all these, we would have been more successful. Now, my son who is a lawyer has joined us after studying at Stanford.

I never did any marketing; it is the markets that found me. It is the amateurs who were passionate about the product who first started selling Hidesign products.

I feel it is the journalists who made me a businessman by asking me about markets, sales, et cetera and telling me that I had a brand!

Although I design even now, Italy's Alberto Ciaschini is Hidesign's main designer. 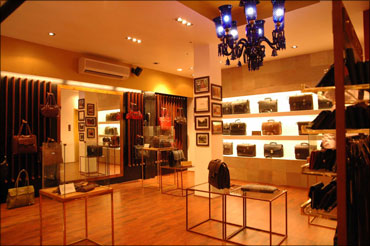 The biggest surprise was when India became a big market of ours. When we started selling in India in 2000, we sold only 6% of our products here.

We couldn't first find a distributor here in India who understood our products. So we opened our own stores, first in Delhi and then in Bengaluru. A year-and-a-half ago, India became our biggest market; half of our sales are in India. Our customers are from the age group from 25-35. We don't want to be just a leather bag brand. We are extending to accessories like sunglasses, pens, etc.

I want our brand to be relevant and one that improves the lives of those who use them and makes them happy. We want to stay natural and ecological. That is very important to us.

Hidesign is part of a movement that makes people conscious of the environment and never exploit any human being.

I may retire from Hidesign one day as I would like to do other things too.