FBT: Employees to be taxed on perks? 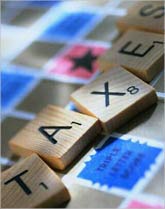 The finance minister has finally listened to India Inc and has abolished the fringe benefit tax (FBT). In principle, one could not find fault with the FBT but, in practice, the law was drafted in a way that was very unfair to businessmen.

Therefore, its abolition brings a lot of relief to companies that had to shell out huge amounts as tax and will help them improve their bottomlines. But what about the employees' point of view?

When FBT was in existence, employers were paying tax on several perquisites that the employees were enjoying. The highest rate of FBT that was payable was approximately 17 per cent, but for most of the benefits, the rate of FBT was 6.7 per cent.

Many companies recovered this tax from the employees. Yet, employees were happy with this situation since, otherwise, they would have ended up paying a much higher amount as tax if the same had been taxed as perquisite in their hands, that is, 33.99 per cent in case of employees in the top income slab.

Thus, although FBT was a headache for employers, it was a convenient way of paying less tax, for employees. In fact, in many cases, FBT was being used a tax planning tool to reduce taxable salary and increase fringe benefits. This was, of course, not intended by the law makers.

Now, with the abolition of FBT, the tax burden will shift back to the employees. If an employee gets a perquisite from his employer, he will have to pay tax on it.

It is not yet clear which perquisites the government now wants to tax in the hands of employees.

Once the new provisions become law, the government will come out with new rules for listing the perks and norms for their valuation.

What is clear is that employees whose employers contribute to their superannuation in excess of Rs 1 lakh (Rs 100,000) per annum will have to pay tax on the excess amount.

Similarly, employees who exercise stock options given to them will also have to pay tax on the difference between the fair market value and the exercise price.

For example, if an employee pays Rs 25 for shares, and the fair market value of the shares on that date is Rs 100, then the value of the perquisite would be Rs 75 per share.

At the time of sale of such shares, for calculating the capital gains, the fair market value on the date of exercise of the option would be considered as the cost of the shares. In the above example, each share would be held to cost Rs 100.

It is not yet clear what other kind of benefits would be treated as taxable perquisites in the hands of employees.

However, if the past is any indication, it is likely that motor cars, meal coupons, telephone expenses and club memberships, which are common ways of remunerating employees, could again be taxed as perquisites, subject to rules and limits.

Of course, generally, the valuation rules are quite lenient and the value of perquisites is normally not equal to the actual cost that the employer incurs in providing such benefits to the employee.

But, again, this was so in the past. We need to wait and see what the new rules will bring for employees. Rent-free accommodation and interest free or concessional loans are already treated as perks. This will continue as it is.

To conclude, though the FBT is sought to be abolished, clarity is required on many aspects. With the budget being released three months after the start of the year and uncertainty clouding these additional perquisites, salary structuring plans of many employees has gone for a toss.

The only thing that the aam aadmi can do now is to wait and watch. . . and hope -- for the best!