Microsoft's headline grabbing copyright infringement suits filed in the Delhi high court recently against four companies operating in different parts of India have opened a festering can of worms. 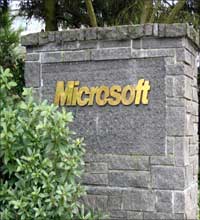 The four suits may have invited the wrath of the judiciary for forum shopping - opting for a court of their choice - by companies with deep pockets, but it is equally riveting for telling us the methods used by legal firms to uncover cases of copyright violation on behalf of multinational clients.

What happens to defendants in software piracy cases has so far been spoken of only in hushed tones in legal circles. But Justice Shiv Narayan Dhingra's scathing indictment of companies abusing money power has highlighted the plight of defendants who are slapped with ex-parte injunctions in almost all such cases and face ruinous consequences.

The crux of the issue is Section 62 (2) of the Copyright Act under which Microsoft filed its four suits in the Delhi high court. This section aims to protect copyright holders from the harassment of having to initiate proceedings at the place where infringement has taken place.

So, although none of the four accused firms has an office in Delhi, Microsoft chose to file its cases in the national capital through two law firms. Filing intellectual property right violations in high courts, specially the one in Delhi, had become the trend for two reasons, one being the jurisdiction of the upper courts which is Rs 20 lakh (Rs 2 million) and above, and the other being the ability to get ex-parte injunctions in such forums.

If injunctions are granted in courts far from where the defendants operate, the suits are never contested but are usually settled out of court, according to legal experts.

That's why Justice Dhingra was incensed enough to observe that a multinational company with offices in the same district where the cause of action had arisen and where the defendants reside could refuse to file the suit in that particular state court and instead choose a distant court "on the strength of its money power". This way it would "become problematic and a harassment for the defendant" to contest the suit.

"Equality before law has to be pervasive and cannot be allowed to be diluted by money power or lobbying power," he said but conceded that he was constrained by the law to entertain the suits and grant interim ex-parte injunction.

However, he did so with an order imposing costs on the plaintiff! Microsoft was asked to deposit Rs 200,000 in each of the suits as a security for the defendants who would get the money if the case was found to be speculative and the allegations made the software giant turned out to be false.

It's unfortunate that much of the buzz around this landmark judgment has centred on the costs imposed on the plaintiff. Apart from the Rs 800,000, Microsoft will also have to pay the investigating commissioners Rs 25,000 per day along with travel and all other costs.

What happens to defendants in such cases where ex-parte injunctions are given by courts to stop the use of unlicensed/pirated software is something that has received little attention. Computers are sealed and businesses are severely constrained or halted in many cases.

Not only does the plaintiff who has managed to get the ex-parte injunction start evading arguments on the merits of the case but he also adopts "blackmailing tactics", according to Justice Dhingra. "And the defendants, in order to restart their business and lessen their losses, start succumbing to pressure."

Is the seizure or sealing of suspect computers and CPUs till the case is resolved strictly necessary?  According to one view, there is technology that allows one to make a mirror image of the hard disc that would contain all the data in it.

These mirror images could be sealed on the spot and produced as evidence in court for the experts to examine.

The court's suggestion is that plaintiffs should file an affidavit and pursue the case further only after the mirror images are examined in court. Will such a system work? The software industry needs to respond to this suggestion.

Investigative methods used to uncover copyright violations are even less sophisticated. In this case, the law firms hired two people with no knowledge of computers or programming to find out if businesses were using unlicensed software.

And how did the two go about their task? Given the names of certain establishments, the investigators would make calls to employees of the companies to find out how many computers were in use and the kind of software that was being deployed.

The number of computers installed at the workplace was then matched with the number of licences bought by the defendants to arrive a "suspicion of infringement".

Is it time to take another look at the copyright law and its enforcement in its entirety?
Latha Jishnu in New Delhi
Source: