India is committed to an 'early' deal in the stalled Doha trade negotiations if it addresses the 'legitimate developmental concerns' of developing countries in a balanced way, Commerce Minister Anand Sharma told Business Standard in a wide-ranging conversation.

"Our government is fully committed to an early breakthrough in the Doha agreement based on the December 2008 draft texts in agriculture and industrial goods. It must be a balanced agreement that addresses the legitimate concerns of developing countries," he said.

"India is opposed to 'reinventing' the Doha negotiating process at this late hour," Sharma said, arguing that Doha talks were based on a multilateral framework.

The US has now demanded what are called bilateral negotiations to provide clarity on what it is getting from key emerging countries. Many developing countries have opposed this demand on the ground that it would undermine multilateral solutions to global trade problems.

"Further I have made it clear that Special Safeguard Mechanism is not for negotiation as it concerns the livelihood of poor farmers," Sharma maintained, squashing rumours that India is prepared to give up on this vital developmental flexibility for which it waged a major negotiating battle all these years.

The US and leading farm exporting countries like Australia, Uruguay, Thailand and Malaysia are opposed to having a flexible SSM that would enable developing countries, like India and China to impose safeguard duties for countering unforeseen surges in imports of major food products.

"Further, the developed countries," said Sharma, "will have to revisit the subsidy dossier in the Doha agriculture package, as several outstanding issues remain unaddressed."

The US has repeatedly claimed that the subsidy dossier is almost completed as there are no substantive issues to address, a claim that Argentina recently challenged.

After participating in a series of ministerial meetings on the margins of the annual Organization of Economic Cooperation and Development's annual session in Paris on Thursday and Friday, commerce minister spoke to Business Standard about his assessment on the state of play in the Doha trade talks and his bilateral meetings.

"I have introduced specific language that the global trading system must be fair, equitable and must address the legitimate aspirations of the developing countries in the India, Brazil and South Africa declaration," Sharma stated, arguing that any outcome in the Doha talks must satisfy these three requirements.

"India is all for re-energisng the Doha talks but not re-inventing them all over again," he repeatedly said, suggesting that there should be no confusion on where India stands on this issue.

"There is no question that we will accept a new negotiating arrangement at this point and I have insisted that multilateral negotiations must resume on the basis of the draft texts issued in December 2009," Sharma clarified, adding that his suggestion was accepted.

But much would depend on what happens at the G-8 plus five leaders meeting in Italy next week when the US will push hard for a specific bilateral route in addition to the ongoing multilateral talks to conclude the Doha talks.

Prime Minister Manmohan Singh will attend the G-8 meeting in which China, Brazil, and South Africa have decided to oppose any change in the Doha negotiating process.

India and its key allies -- Brazil, China, South Africa, and Argentina -- have also opposed the US demand to start what are called focused bilateral negotiations to extract more concessions from developing countries.

'It would be unreasonable and unrealistic to assume that further unilateral concessions from developing countries will be forthcoming, especially in the context of the current economic crisis,' India, Brazil and South Africa said in their joint statement.

At the Paris meeting, Argentina, China, Brazil and South Africa also took a strong stand on sectoral tariff elimination for industrial goods as pushed by the US, which wants key emerging countries to join the sectoral talks on chemicals, electrical and electronics, and industrial engineering goods.

All these four countries vehemently opposed demands on sectoral tariff elimination maintaining that the Hong Kong Ministerial Declaration clearly stipulated that participation in these talks is 'voluntary' and not mandatory. 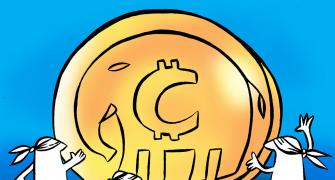