Each time the International Monetary Fund takes a look at the global economic prospects, it raises its estimate of the likely losses from the financial crisis, and quite dramatically at that.

When the first estimate of $400 billion was put out by the Fund, it did not shock too many people; with such low figures, it looked quite likely that de-coupling would work and the developing world would escape unscathed.

But the numbers have changed, and perhaps the logic of financial liberalisation as well. The loss estimate is now placed at a staggering $4.1 trillion, up from $1.4 trillion in October.

The latest figure is nearly 8 per cent of the global GDP, and in most people's books such a cost would quite easily outweigh whatever gains accrued earlier from financial liberalisation.

The losses in the US alone are estimated at $2.8 trillion, to which is to be added another $1.3 trillion for Europe and Japan.

No one in the array of global investment banks or in developed country governments is questioning these numbers. The only plausible conclusion from the sharp and repeated changes in estimates is that no one really knew or understood what was going on, or how bad things were, or can get.

And yet, it looks as though the worst may be over for the financial markets, though perhaps not as yet for economies as a whole. Stock indices are rising, there is more credit flowing, volatility levels in the stock market have come down, and the spreads in the bond market have shrunk somewhat (suggesting that risk assessments have come down).

But juxtapose the 'green shoots' sighted by President Obama with the bleaker mood projected by the IMF. If the estimates of global financial losses are up to $4.1 trillion, it means that banks have an even steeper uphill task ahead of them.

Analysts have pointed out that the improved financial results of behemoths like Citigroup (which set off the stock market rally) are largely the product of accounting fiction. On top of which, banks will have to brace themselves for the knocks that will come their way if and when companies like General Motors and Chrysler declare bankruptcy and lenders have to take a hair-cut.

The latest IMF estimates take losses from industrial and other clients into account. The warning being issued by many respected economists to governments across the world has been as follows: do not declare victory too soon since the path ahead is a very long one. It is advice that the wise would heed.

With core business shaky, IT services cos to take hit

'Modi is selling Air India at a deep discount' 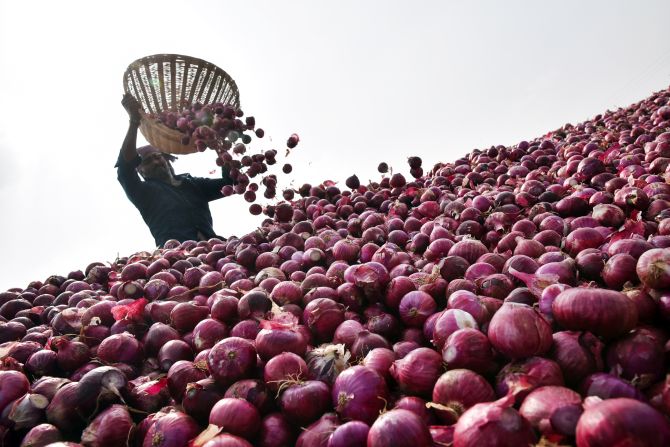 Onion prices fall 40 pc in a week at Lasalgaon mandi