A good tool to predict a trend reversal

It is important to identify patterns which will foretell an ensuing reversal. It is essential to identify points on where to book short-term profits and, if required, take contrary positions. We will discuss two such bar patterns today, Inside Bar and Two Bar Reversal. 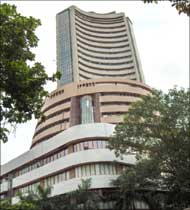 An Inside Bar indicates a possible reversal of the current trend. This pattern reflects changes in investor psychology that have a very short-term influence on future prices - typically, less than 10 days. For traders looking for clear exit points, this pattern serves well.

An Inside Bar is a reversal formation characterised by a bar that forms totally within the trading range of the preceding bar. Inside Bars reflect a balance between buyers and sellers following a sharp up or down move, which is sometimes later resolved by a change in trend.

Inside Bars can be either bullish or bearish, depending on the direction of the existing trend. If the price trend is up, then upon identification of an Inside Bar, taking a short position or selling a long position is recommended.

Conversely, if the current price trend is down, then upon identification of an Inside Bar, taking a long position or closing a short position is advisable. Look for confirmation in a trend-line break.

The degree that the price bars and volume characteristics match this description will likely have a bearing on the strength of the post-pattern price movement. Good trading practice dictates these signals should not be used in isolation: fundamental data, sector and market indications, and other technicals such as support/resistance and momentum studies should be used to support your trading decisions.

The wider the first bar and its immediate predecessors in relation to previous ones, the better. This is evidence that the strong underlying momentum of the prevailing trend has climaxed and will dissipate.

The smaller the second bar relative to the broader range of the first one, the more dramatic the change in the buyer/seller balance and therefore, the stronger the signal.

Volume on the inside bar should be noticeably smaller than that of the preceding bar, since it indicates a more balanced situation.

On the week ended March 13, 2009, the weekly chart of Voltas formed the bullish Inside Bar pattern when the stock was trading at 34. Thereafter, the stock multiplied itself more than four times, reaching the level of 145 in the span of three months.

A Two Bar Reversal is a classic signal of trend exhaustion. When these patterns occur after a pronounced advance or decline, the first bar should exhibit a dramatic continuation of the inbound trend, closing close to the bar's extreme end.

A persistent downward inbound trend is required; the longer and sharper, the better. Both bars should have exceptionally wide trading ranges relative to the previous bars formed during the inbound trend. For both bars, the opening and closing prices should be as close to the extreme points of the bars as possible. The volume, if available, should be higher on both bars to accentuate the sentiment reversal. The greater the expansion of volume, the better the signal it gives.