It was a winter evening in the late 1980s and huddled in the coffee shop of the Taj Palace hotel, the organisers of the India Economic Summit were frantic. The day before the most prestigious international business event of the year, they didn't have a chief guest. 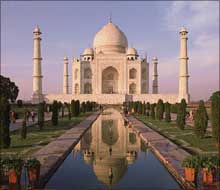 Narayan Datt Tiwari, then industries minister, was spotted entering the hotel: he'd come to get a haircut at the barber shop. "That's our man" crowed the organisers and ran to him and begged him, amid the hum of the hairdryer, to be the guest of honour.

Tiwari, amazingly, agreed and trotted up to the stage the next day to deliver the inaugural address. (He went on to become finance minister later and memorably saluted his "beloved sisters", the women of India, by slashing excise on bindi and kumkum.)

But today when the gathering, including Prime Minister Manmohan Singh, recalled the first India Economic Summit, which was addressed by Prime Minister Rajiv Gandhi 25 years ago, the feeling at IES was one of nostalgia, even of wonder: what a long way we've come.

Several participants noted that a prime minister was addressing the summit after a gap of three years. They also recalled that there were times when government officials were markedly reluctant even to participate, even after the much touted liberalisation years of the 1990s and officers of the rank of joint secretaries needed to be cajoled and petitioned to attend.

Today, the participation of anyone less than a secretary to the government of India is not permitted. The industries ministry is supporting the event.

Participants felt that Manmohan Singh had said what everyone desperately needed to hear about India: that financial sector reform were at least back on the agenda now, even if it was not going to be easy to push them through. "The previous United Progressive Alliance government had lowered the base so much (for reform) that we're happy at least the PM is talking about them" said one participant.

Others felt that with slowdown blues fading slowly, the world was looking to India for economic leadership, and felt India should embrace this role more readily - that this was the time to be bold, not tentative.

As part of this endeavour, many felt the Indian prime minister needed to attend the Davos meetings to address the global economic community. Not since the visit of former Prime Minister H D Deve Gowda, has any Indian prime minister gone to Davos: not the least because Deve Gowda noted on file (and the file noting still exists in the Prime Minister's Office) that the Switzerland visit was a huge waste of time because "it is so cold there that no business can really be transacted".

The India Economic Summit has had its share of hits and misses. When Atal Bihari Vajpayee was Prime Minister, the inaugural meeting was held at the gracious Teen Murti House lawns. With seconds for the PM to arrive, the lights suddenly went out.

That was the longest 30 seconds in the life of the organisers. A stream of unparliamentary invective at the Indian government followed: the Central Public Works Department engineer had decided to test the power system at the very moment the PM stepped into Teen Murti House. That was also the last time Vajpayee attended the summit - because of a question asked by a member of the grouping then known as the Bombay Club.

This year, the India Economic Summit has more foreign companies attending than Indian ones. This is hailed for the interest foreign business is taking in India - but a simpler explanation is the cost of attending.

The overwhelming emotion at the meeting today was reassurance and hope. The drumbeats in the faint strains of Ravel's Bolero playing in the background in the lobby seemed to suggest a sense of purpose and recovering morale. 25 years on, all is not lost for the world. There's still India.

From Race Course Road to the ICU