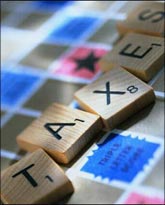 India has followed the system of not taxing retirement savings (majority of long-term tax saving instruments) at any stage -- be it at the time of investment, accretion of income, or withdrawal -- subject to certain conditions. Accordingly, these tax-saving instruments came under the EEE or the Exempt-Exempt-Exempt system of taxation.

The current year saw a change in this system by the introduction of the New Pension System (NPS), wherein taxation would not trigger at the time of investment or accretion, but at the time of withdrawal.

This is unlike other popular schemes, such as provident fund (PF), Public Provident Fund (PPF), and life insurance policies, which do not levy tax at the time of withdrawal.

In line with global trends and to bring in a level playing field for all such investment options, the Direct Tax Code (DTC) Bill, 2009, proposes to bring in a substantial change in the taxation regime. It is proposed that now all tax-saving schemes will be covered under the Exempt-Exempt-Tax (EET) method of taxation.

While the contributions made and the accumulations in the fund would continue to enjoy tax benefit in the form of deductions/exemptions, withdrawals will be subject to the prevailing tax rates.

There are certain issues that need to be addressed and thought of before finalising the proposal, and rightly so.

One of the biggest concerns is that in the absence of a comprehensive social security system in India, a salaried individual plans his post retirement lifestyle based on the anticipated earnings under various retirement benefit schemes.

The withdrawals from such schemes are made judiciously and on need basis or in case of certain exigency. Therefore, taxing the withdrawals in such circumstances may be quite harsh on retired individuals.

It is possible that contributions made by individuals are higher than the limit of deduction allowed from taxable income under the code in respect of retirement schemes (proposed to be increased to Rs 3 lakh from the present limit of Rs 1 lakh).

However, the withdrawal would be taxable in any case, thereby resulting in double taxation of the same amount in such cases.

It has been provided that the new system will be applicable only on contributions made on or after 1 April 2011.

In other words, only new contributions will be subject to the EET method of taxation. Therefore, the administrative mechanism has also to be carefully thought of to ensure smooth transition to the new scheme; else it might create problems for the common man.

If the EET regime is introduced in its present form, then two points need to be considered for the benefit of senior citizens.

First, the senior citizens age limit should be lowered to 60 years from the present age limit of 65 years. Second, the minimum income which is not liable to tax should be enhanced from Rs 2.4 lakh to Rs 6 lakh. This will ensure that retired individuals have a reasonable amount of tax-free income to meet their basic requirements.

As a parting thought, keeping in view the socio-economic reality on the ground, it requires a serious debate as to whether it is an appropriate time to introduce the EET regime, or whether it should be deferred till we have a comprehensive social security system in the country.