From September 1, 2009, the Monopolies and Restrictive Trade Practices Act 1969 has been laid to rest, and the Commission will not accept fresh filings. 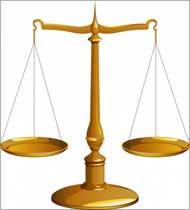 By now all readers are aware of the roadblocks involved, being various court cases, with challenges to the appointment of the chairperson, the status of pending cases and existing employees.

Amendments to the Competition Act 2002, and its slow passage in the Houses of Parliament delayed the introduction of an effective anti trust law, a vital element in an open economy which aspires to be a global major.

The repeal provision itself, (Section 66) actually had to be amended as the intent of transfer to the Competition Commission could not be effected. The new section 66 envisages a twilight zone of two years, except for the "Unfair Trade Practices" which stand transferred to the National Commission.

At the end of two years, if not disposed of, these cases will be taken up by the Competition Appellate Tribunal and disposed of.

The MRTP Act was enacted in an era when the Government was on a populist high, and the economy subjected to rampant nationalisations and the Licence Raj. The MRTPC's mandate was to enquire into the extent and effect of concentration of economic power in private hands.

The Statement of Objects & Reasons of the Act which borrowed heavily from the UK Restrictive Trade Practices Act, 1956, provided that the law was intended to prevent concentration of economic power to the common detriment and to prohibit monopolistic and restrictive trade practices prejudicial to public interest.

To be fair, on a plain reading, the objectives were and are still meaningful in the current context. So what went wrong?

The Act had three major areas of operation - concentration of economic power, i.e. dominance was one such - the MRTPC was vested with absolute powers to prevent expansion, acquisitions, transfers of assets and shares, winding up et al.

One recalls how ingenuous structures were devised for the large industrial houses in order to provide firewalls between their diverse holdings and not run foul of the scope of "interconnectivity" under Section 27A. So the public sector monopolies grew, while private businesses stagnated.

The Act underwent several amendments, and in 1991, the provisions relating to dominance were dropped as an admission of obsolescence. The MRTPC continued to inquire into monopolistic and restrictive trade practices, and this jurisdiction was subsequently enlarged to include unfair trade practices.

The MRTPC's failure in curbing cartels is attributed to its toothless character. The "cease and desist" orders were enforceable only through courts, while the absence of extra-territorial jurisdiction, critical for according recognition to the "effects" doctrine arising out of cross border anti competitive practices, made a mockery of such complaints as demonstrated in the ANSAC case.

The ANSAC name is historically synonymous with cartelisation. MRTPC's best intentions stood frustrated in this case in which the member body representing the Indian soda ash producers alleging infringement of several sections of the Act sought restraint order of the same products being exported to India by a cartelised group of foreign manufacturers, ANSAC.

The Commission found evidence of predatory pricing, and imposed an interim injunction restraining imports. The MRTPC assumed jurisdiction under Section 14 of the Act, even though the cartel was formed outside India and had faced anti-trust action in other jurisdictions. It is worthwhile to mention that the MRTPC relied on the orders of the EU (as it was then) in ANSAC cartel case.

Parties appealed against MRTP's injunction to the Supreme Court, which was set aside on the ground of absence of jurisdiction. While this operated at that point of time in the interest of foreign parties, clearly it also indicated the need not just for an effective law but alsoa regime capable of dealing with cartel investigation and a proper redressal mechanism, which should give the required relief to customers, effective operators and others outside the circle of the cartel.

Yet looking back, the MRTPC was one the first quasi judicial bodies and a vibrant one at that, with extremely capable persons at its helm. Many of India's finest arguing counsels have perfected their advocacy skills before this forum. The problem may well be at the point of time this law was promulgated, the intentions were sincere, even if misplaced.

And the protraction of life span of the Commission coupled with the contentious exit has left a deep sense of disenchantment - even the twilight zone of two years seems unduly prolonged. This can be only dispelled if the Competition Commission lives upto the expectations generated.