How the madness of crowds creates asset bubbles

Ever since the global financial meltdown of 2008, and the earlier dot-com collapse, contemporary investors have grown familiar with the phenomenon of  asset bubbles, situations where asset valuations lose all connect with the underpinning economic and business realities. The Tulipomania that seized 17th century western Europe was the original asset bubble. The story of the lust for the tulip flower vividly illustrates how crowd psychology creates asset bubbles. It's a real-life story which offers investors rich insights into how the "the madness of crowds" can infect entire societies, with disastrous consequences... 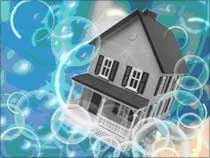 The tulip - so named, it is said, from a Turkish word, signifying a turban - was introduced into western Europe about the middle of the sixteenth century and grew much sought after by the wealthy, especially in Holland and Germany. Rich people at Amsterdam sent for the bulbs direct to Constantinople, and paid the most extravagant prices for them. The first roots planted in England were brought from Vienna in 1600.

Until the year 1634 the tulip annually increased in reputation, until it was deemed a proof of bad taste in any man of fortune to be without a collection of them. The rage for possessing them soon caught the middle classes of society, and merchants and shopkeepers, even of moderate means, began to vie with each other in the rarity of these flowers and the preposterous prices they paid for them.

A trader at Harlaem was known to pay one-half of his fortune for a single root, not with the design of selling it again at a profit, but to keep in his own conservatory for the admiration of his acquaintance.

One would suppose that there must have been some great virtue in this flower to have made it so valuable in the eyes of so prudent a people as the Dutch; but it has neither the beauty nor the perfume of the rose - hardly the beauty of the "sweet, sweet-pea;" neither is it as enduring as either.

In 1634, the rage among the Dutch to possess them was so great that the ordinary industry of the country was neglected, and the population, even to its lowest dregs, embarked in the tulip trade. As the mania increased, prices augmented, until, in the year 1635, many persons were known to invest a fortune of 100,000 florins in the purchase of forty roots.

The demand for tulips of a rare species increased so much in the year 1636, that regular marts for their sale were established on the Stock Exchange of Amsterdam, in Rotterdam, Harlaem, Leyden, Alkmar, Hoorn, and other towns. Symptoms of gambling now became, for the first time, apparent.

The stock-jobbers, ever on the alert for a new speculation, dealt largely in tulips, making use of all means they so well knew how to employ to cause fluctuations in prices. At first, as in all these gambling mania, confidence was at its height, and every body gained.

The tulip-jobbers speculated in the rise and fall of the tulip stocks, and made large profits by buying when prices fell, and selling out when they rose. Many individuals grew suddenly rich. A golden bait hung temptingly out before the people, and one after the other, they rushed to the tulip- marts, like flies around a honey-pot. Every one imagined that the passion for tulips would last for ever, and that the wealthy from every part of the world would send to Holland, and pay whatever prices were asked for them.

The riches of Europe would be concentrated on the shores of the Zuyder Zee, and poverty banished from the favoured clime of Holland. Nobles, citizens, farmers, mechanics, seamen, footmen, maid-servants, even chimney-sweeps and old clothes women, dabbled in tulips.

People of all grades converted their property into cash, and invested it in flowers. Houses and lands were offered for sale at ruinously low prices, or assigned in payment of bargains made at the tulip-mart. Foreigners became smitten with the same frenzy, and money poured into Holland from all directions.

The prices of the necessaries of life rose again by degrees: houses and lands, horses and carriages, and luxuries of every sort, rose in value with them, and for some months Holland seemed the very antechamber of Plutus. The operations of the trade became so extensive and so intricate, that it was found necessary to draw up a code of laws for the guidance of the dealers.

Notaries and clerks were also appointed, who devoted themselves exclusively to the interests of the trade. The designation of public notary was hardly known in some towns, that of tulip-notary usurping its place. In the smaller towns, where there was no exchange, the principal tavern was usually selected as the "show-place," where high and low traded in tulips, and confirmed their bargains over sumptuous entertainments.

These dinners were sometimes attended by two or three hundred persons, and large vases of tulips, in full bloom, were placed at regular intervals upon the tables and sideboards for their gratification during the repast.

At last, however, the more prudent began to see that this folly could not last for ever. Rich people no longer bought the flowers to keep them in their gardens, but to sell them again at cent per cent profit. It was seen that somebody must lose fearfully in the end. As this conviction spread, prices fell, and never rose again.

Confidence was destroyed, and a universal panic seized upon the dealers. A had agreed to purchase ten Semper Augustines from B, at four thousand florins each, at six weeks after the signing of the contract. B was ready with the flowers at the appointed time; but the price had fallen to three or four hundred florins, and A refused either to pay the difference or receive the tulips.

Defaulters were announced day after day in all the towns of Holland. Hundreds who, a few months previously, had begun to doubt that there was such a thing as poverty in the land suddenly found themselves the possessors of a few bulbs, which nobody would buy, even though they offered them at one quarter of the sums they had paid for them. The cry of distress resounded every where, and each man accused his neighbour.

The few who had contrived to enrich themselves hid their wealth from the knowledge of their fellow-citizens, and invested it in the English or other funds. Many who, for a brief season, had emerged from the humbler walks of life, were cast back into their original obscurity. Substantial merchants were reduced almost to beggary, and many a representative of a noble line saw the fortunes of his house ruined beyond redemption.

When the first alarm subsided, the tulip-holders in the several towns held public meetings to devise what measures were fit to be taken to restore public credit. It was generally agreed that deputies should be sent from all parts to Amsterdam, to consult with the government upon some remedy for the evil.

The government at first refused to interfere, but advised the tulip-holders to agree to some plan among themselves. Several meetings were held for this purpose; but no measure could be devised likely to give satisfaction to the deluded people, or repair even a slight portion of the mischief that had been done. The language of complaint and reproach was in every body's mouth, and all the meetings were of the most stormy character.

At last, however, after much bickering and ill-will, it was agreed, at Amsterdam, by the assembled deputies, that all contracts made in the height of the mania, or prior to the month of November, 1636, should be declared null and void, and that, in those made after that date, purchasers should be freed from their engagements, on paying ten per cent to the vendor.

This decision gave no satisfaction. The vendors who had their tulips on hand were, of course, discontented, and those who had pledged themselves to purchase, thought themselves hardly treated. Tulips which had, at one time, been worth six thousand florins, were now to be procured for five hundred; so that the composition of ten per cent was one hundred florins more than the actual value. Actions for breach of contract were threatened in all the courts of the country; but the latter refused to take cognisance of gambling transactions.

The matter was finally referred to the Provincial Council at the Hague, and it was confidently expected that the wisdom of this body would invent some measure by which credit should be restored. Expectation was on the stretch for its decision, but it never came.

The members continued to deliberate week after week, and at last, after thinking about it for three months, declared that they could offer no final decision until they had more information. They advised, however, that, in the meantime, every vendor should, in the presence of witnesses, offer the tulips in natura to the purchaser for the sums agreed upon.

If the latter refused to take them, they might be put up for sale by public auction, and the original contractor held responsible for the difference between the actual and the stipulated price. This was exactly the plan recommended by the deputies, and which was already shown to be of no avail.

There was no court in Holland which would enforce payment. The question was raised in Amsterdam, but the judges unanimously refused to interfere, on the ground that debts contracted in gambling were no debts in law.

Thus the matter rested. To find a remedy was beyond the power of the government. Those who were unlucky enough to have had stores of tulips on hand at the time of the sudden reaction were left to bear their ruin as philosophically as they could; those who had made profits were allowed to keep them; but the commerce of the country suffered a severe shock, from which it was many years ere it recovered.

[Excerpted from the book, Extraordinary Popular Delusions and the Madness of Crowds. Published by Vision Books.]

Is Europe turning intolerant to Islam?