Consumers have reduced their purchase basket and are clamouring for discounts. It's not a seller's market, finds out an IMRB retail trade confidence survey. 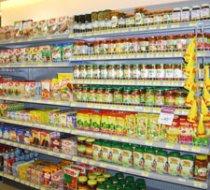 Retailers in the North and West have a negative perception of the current business scenario.

Their counterparts in the South and East are positive on the existing situation. But all are upbeat about the future, though inflation is a big worry.

Retailers have found that consumers have reduced their purchase basket and are happy with smaller pack sizes.

The clamour for discounts has risen sharply. This should be an eye-opener for marketers as well as brand managers. Consumer sentiment is weak. It is certainly not a seller's market.

These are the results of the first retail trade confidence survey, Retail Barometer, carried out by IMRB Retail.

It seeks to map the sentiment in the sector. Assessment of retail sentiment helps companies draw product distribution schedules and plan pack sizes.

The market research outfit has measured sentiment by arriving at an index of current situation and an index of perceived momentum.

A sample of 1,240 retailers was taken by IMRB Retail across 20 centres in metros, large towns with a population of 1 to 4 million, and small towns of 500,000 to 1 million people.

For the index of current situation as well the index of perceived momentum, retailers were asked to rank four parameters -- economic outlook, consumer demand, supply of goods and inflation -- on a scale of five. Each score was arrived at by subtracting the percentage of positive responses from the negative responses.

The index of current situation is negative in the North on account of the hugely-negative economic outlook index.

The indices for consumer demand, supply of goods and inflation too are negative for the region. In the West, the economic outlook, consumer demand and inflation indices are in the negative. In the East and South, all indices are positive except inflation. Overall, retailers in the South are most bullish about the current situation, followed by those in the East. Retailers in the North are at the bottom of the heap.

The all-India index of current situation is also negative, perhaps because of the large representation from the North in the sample.

The index of perceived momentum is positive for all the four regions. The South again is most bullish about the future and the North the least bullish. But retailers in all regions are worried about inflation and its impact on business.

Companies as well as retailers have observed down-trading amongst consumers because of the rise in prices.

Inflation, especially the rampant rise in food prices, has worked like a tax on the poor families because food comprises a large chunk of their expenditure. In the overall index too a similar trend can be seen: The South leads the pack, followed by the East, West and North.

"If we look at the Southern region, consumers are generally more optimistic. Also, there are far more metros than smaller towns in the region, and metros are always more optimistic; therefore, there is likely to be greater consumption," says IMRB Vice-president Puneet Avasthi.

Amongst retailers, the confidence index of modern stores and chemist stores is the highest, followed by kirana stores and stationery stores. In other words, kirana stores -- and there are over six million of these in the country -- are not happy with the current situation and do not see a bright future.

One reason could be the advent of modern retail, which has affected them badly, especially in large cities. And among towns, the confidence index is positive in metros and large towns, but negative in small towns. The survey says that retailers in small towns have been hit hard by inflation and the lack of an upward movement in demand.

As for inflation, the negative effects have been felt more by the kirana and modern stores where the quantity of purchases across categories has gone down -- this is more noticeable in the case of kiranas where customers across categories except for pulses & staples have switched to smaller pack sizes.

Zone-wise, yet again the Southern states' purchases have remained the same across categories. The North, however, has seen consumers shift to smaller pack sizes for personal care and baby care products.

The study has also covered how consumers are rationalising the increasing cost of products across categories. The results indicate that due to the impact of inflation, purchases have gone down across categories.