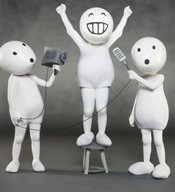 The landmark Vodafone ruling was delivered last fortnight amid fiercely debated proceedings lasting nine days and putting to test skills of a battery of lawyers assisting Vodafone and the Indian government.

On the back of the judgment, my last week's Euro money tax forum meeting made me realise that, besides curry, yoga and Bollywood, Vodafone has emerged a popular Indian theme.

First impression on reading the detailed judgment of the Bombay HC suggests that the Court departing from its usual convention to merely interpret the law choose to analyse factual details investigated by the tax administration pursuant to last year's Supreme Courts directive.

It may be recalled that Vodafone had challenged the Revenue department's jurisdiction to seek information in relation to the transaction, which in their opinion did not fall in the Indian jurisdiction.

The Revenue scored a moral victory in the first round wherein the Mumbai HC and Sc partly vindicated the tax administrations stance.

On anticipated lines, the Revenue after a thorough 9-month laborious effort concluded that besides having jurisdiction, Vodafoneas Dutch subsidiary (the acquirer) was liable to withhold tax at the time it made payments to Hutch (the seller) despite the purchase/sale transaction being at an offshore level.

The Court concluded that Vodafone's plea on non taxability was predominantly based on the plea that shares were of an offshore company and that India does not have "see through" provision in its domestic law.

The Court felt that since the transfer of shares of an offshore (Cayman Islands) company triggered change in the controlling interest (from Hutch to Vodafone) in India, the transfer cannot be viewed in isolation. Further, due regard has to be given to the bundle of rights & entitlements that Vodafone acquired as a result of such change.

The so called rights represented host of agreements executed to ensure that Vodafone has control over its Indian operations. The agreements represented right a majority shareholder would seek in ordinary circumstances -- right for appointing board members, non-compete, option to buy out individual shareholders etc. -- essentially, all that a rationale buyer would do for $11 Billion price tag.

The Court's task was tricky as Vodafone on facts and in law could demonstrate that the transfer of shares (of Cayman Islands company) cannot fall in the Indian tax net unless it (Court) choose to see through (look beyond the Cayman Island company) or lift the corporate veil.

Neither was the Court convinced that the web of transaction documents constituted a colorable device executed with the intent to avoid tax, under which the court has powers to lift the corporate veil.

Further, Vodafone demonstrated on facts that the web of 20 odd offshore companies which held Indirect interest in the Indian telecom business were not Vodafone's creation; instead the complex structure was put in place to align with the then telecom policy and FDI norms forcing companies to resort to complex offshore financing structure with flexibility for entry and exit of foreign JV partners.

The fact is that prior to Hutch, the structure did facilitate entry and exit of prior foreign JV partners.

The Court seems to have negated tax administrations theory of tax avoidance or sham transaction and not resorted to lifting the corporate veil. Essentially, the decision revolves around the theory of taxability of rights acquired which have an economic nexus with India and hence classified as Indian assets.

Since the Court could not (rather did not wish to) conclusively form an opinion regarding how many of such rights have an economic nexus with India, it left the tricky task of attributing such income by propounding a proportionality theory.

Certain experts view theory of proportionality to mean that other than the value of shares attributed to Cayman Islands company (which is not taxable), rest have an economic nexus with India and hence, entirely taxable. Most other optimists believe that it is possible to carve out those rights that either do not have a nexus with India or have part nexus.

The proof of pudding is on eating and I doubt if the tax administration would take a sympathetic view given the fierce Court battle. Even if I assume a mutually acceptable proposition (between Vodafone and government), it would be an Economist's delight to segregate the $11 billion consideration.

For Vodafone, the best international corporate law agreements to protect its interest has turned out to be an Indian tax nightmare if the High Courts extended definition of Indian assets has to be accepted.

Reading between the lines

The Courts proportionality theory without piercing the corporate veil is viewed by some as an opportunity for a compromise. I am also intrigued to observe that the Court in its wisdom chose to not debate on applicability of retrospective amendment (in Finance Bill of 2008), which in Vodafone's view was ostensibly to fasten the withholding tax liability on the transaction. I have no doubt this would be adequately debated in the Apex Court proceedings.

Vodafone trial is being watched by various stakeholders.

1) Overseas tax administration is following it as it has a vested interest in taxing transactions of similar nature in their respective jurisdictions.

2) Tax payers with facts similar to Vodafone are watching as they have an axe hanging over their necks.

3) Tax fraternity is anxious to see how widespread are Indian source-based rules, which majority of them (as experts) believe that taxability is beyond the realm of Indian law and more importantly,

4) Vodafone has huge tax bill at stake; not to forget, the Indian tax administration has its pride and as some dubbed, national interest to protect.

On the question, whether India's share of global M&A would get impacted, I believe that it's over-exaggerated!

Business decisions do partly depend on tax cost, though not in its entirety. Yes, it's true that cost of transactions would shoot up and India would seem less (tax) competitive if the High Courts principles are upheld.

Most of us believe that Vodafone decision is specific to its facts and principles should not apply in situations where interest (in an Indian asset) is acquired as a result of global M&A deal or in a situation where controlling interest is not acquired (in case of portfolio investments or Private Equity deals) or for that matter a legitimate treaty benefit is available.

Irrespective, I think that the most worrying part of the Vodafone debate (to foreign investors) is the degree of uncertainty. Tax Directors of global companies view with circumspect not just the nature of nebulous regulations, but also the advice and opinions of Indian experts.

The test for tax administration in the interim would be how and when to apply the Vodafone principles to other cases -- would it apply as an omnibus theory (which I don't think the Mumbai HC order suggests) or would the Revenue exercise restraint and judge the facts of each case. I can merely hope and pray for the latter.

Having said that, it seems that before the Tax administration embarks on the goal, Vodafone case will come up for adjudication before the SC. And, if the apex court has its way (which I believe it has), we would witness the fastest tax trial in the history a who says it takes years to achieve finality on litigation in India?

The author is a Partner with BMR Legal and views are entirely personal.