Of growth and obsolescence

The first car I owned was a 1963 model Standard Herald bought third-hand (as far as I know) for a princely sum of Rs 8,000. It had almost completed a quarter-century on Indian roads when I acquired it, and provided another six years of sterling service before, incredibly, it found a fourth owner (or sucker, if you go by Akerlof's theory of "information asymmetry" in markets). 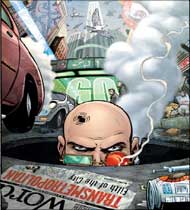 The car I currently own - named Ronaldo after the Brazilian footballer whose engagingly ugly looks it shares - has been through several expensive life-saving operations in its ninth year. Despite that, it is clearly about to give up the ghost. Loan dealers seriously doubt whether I'll find a buyer for it at more than scrap value - which is considerably less than what I paid to revive it - and a BS Motoring colleague informed me that Ronaldo is now in "family heirloom" category. I should, he helpfully added, have changed cars four years ago.

The difference in ownership experience between my first car and the current one is economic liberalisation, a development that has not only altered consumer behaviour radically but also manufacturing practices in a manner that may be worth pondering.

Before the automobile industry was delicensed and opened to global competition from 1987 onwards, car owners hung on to the same cars for decades, and not just because buying a new car was a big deal (though it was, since bank finance was prohibitively expensive and cumbersome and waiting lists ran into years). Cars actually lasted that long. Limited competition and capacities also meant that manufacturers like Hindustan Motors and, later, Maruti, could afford to engineer solid cars since they profited from whatever they sold, however limited the quantity.

By the late nineties, consumers felt the growing crowds in the car market not just in terms of an explosion of choice that minimised their fidelity and easier financing options but in thinner car bodies and a western-style built-in obsolescence in parts that give a car an effective life of five or six years today (although new pollution laws limit an automobile's life to 15 years now).

It is this competitive realignment that has played a significant role in altering the nature of the consumer durables markets, one of India's fastest-growing businesses through bad times and good. The automobile industry is a good example.

Data put out by the Society of Indian Automobile Manufacturers for the first half of this financial year shows that the market for passenger cars and two-wheelers is booming despite the economic slowdown. Growing at almost 14 and 16 per cent respectively, the two segments buoyed overall automobile sales for the April-to-September period at a time when commercial vehicle sales slumped.

The standard explanation is that this unexpected growth is the result of the government's stimulus money working its way through the system plus the impact of Pay Commission largesse. True, but even as the market for new cars has been expanding steadily, growth in the second-hand car market has all but stagnated and prices have fallen significantly.

This suggests that India's young buyers, the pillar of middle class spending, no longer have to scout for used cars as their first buy - they have a range of cheap small cars to choose from. This is great news for car makers and economic planners since it means more investment and more jobs, both upstream and downstream, to create a virtuous circle of prosperity (Obama's cash-for-clunkers scheme was launched with precisely this objective for America's struggling automobile industry).

Older consumers will readily be able to replicate the experience of the dwindling durability of consumer durables across a variety of products - from TVs, to computers, fridges, air-conditioners, mobile phones and even fans. Few people question this trend because of the sheer choice on hand and the fact that several of these industry segments have seen prices actually fall.

Cost-cutting on product specs is inevitable when accelerating competition impacts margins. Companies argue that such efforts improve efficiency in resource use. The problem is that short-lived products also create a spiral of wasteful consumerism that raises a whole new set of problems.

That's a longer term issue, of course, but the question of growth-oriented obsolescence is worth thinking about in a world of finite resources.