By embargoing Bt brinjal, Environment Minister Jairam Ramesh may have done a greater service to democracy than he intended, says Praful Bidwai. 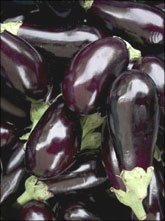 India has done something unusual in defying the long-established trend of capitulating to corporate power.

Environment Minister Jairam Ramesh must be complimented for imposing a moratorium on the commercial release of genetically modified (GM) brinjal (or baigan, also called aubergine and eggplant) developed by Mahyco-Monsanto in collaboration with two Indian agricultural universities.

He deserves encomiums for consulting stakeholders in major brinjal-producing states like West Bengal, Orissa and Andhra Pradesh. This public consultation approach sets a good precedent. It deserves to become a model for governmental decision-making on all issues that concern people's livelihoods.

To appreciate the moratorium rationally, one need not go as far as former director of the Centre for Cellular and Molecular Biology P M Bhargava did in euphorically describing it as "the single most important decision taken by any minister since Independence".

Yet, it couldn't have been easy to take in the face of feverish lobbying by Monsanto, one of the world's most powerful multinationals.

Monsanto, which controls 84 per cent of the global GM seeds market and has a long reach in the United States and Indian governments, lobbied for Bt brinjal in league with other biotechnology companies and groups of plant breeders with a stake in developing GM foods.

They were backed by major sections of the corporate media which fervently campaigned for Bt brinjal and celebrated all GM technology as safe and unproblematic and as the key to India's food security.

Monsanto is an aggressive MNC, known for sailing close to the wind, and bypassing or not waiting for official clearances before genetically manipulating seeds and cultivating them on varying scales.

It has also used a Trojan Horse strategy: working through Indian agricultural universities and laboratories under the Indian Council of Agricultural Research, as well as Mahyco, a Maharashtra-based company with close links with Agriculture Minister Sharad Pawar, of whose equity Monsanto owns a 26-per cent share.

The argument against allowing Bt brinjal -- a vegetable into whose genetic code a gene from the bacterium Bacillus thuringiensis is inserted to produce pesticidal properties -- is compelling. Science simply doesn't know enough about the long-term health and environmental effects of GM foods to certify them as safe.

The risks from the insertion of alien genes on the recipient organism, the likelihood of transfer of those genes to human systems -- and hence the impact on health -- are a grey area.

The risks of introducing into the market GM seeds of a vegetable like brinjal, of which 2,200 varieties are grown in India, with a total output of 8.4 million tonnes, remain unknown.

The studies on the basis of which Mahyco-Monsanto sought clearance for Bt brinjal from the Genetic Engineering Approval Committee (later renamed 'Appraisal' Committee out of embarrassment at the blatant statement of purpose) have all been done by Monsanto and its collaborators. Most of them only look at acute toxicity and allergic reactions such as irritation of the skin.

There are very few studies on a far more important phenomenon: chronic toxicity, or long-term effects of eating Bt brinjal. These are limited to 90-day tests on rats, rabbits and goats, which Monsanto claims, are equivalent to 21 years of human life.

However, many scientists question this and argue for a different testing protocol. They say normal brinjal has several natural toxins, which could become more potent if the genetic material is tampered with. Scientists don't know if the toxin produced by the inserted gene (Cry1AC) in the brinjal breaks down in food or in the human gut.

Even Monsanto admits that it might remain active in an alkaline environment. And the human digestive system is mildly alkaline, not acidic.

Given this, it is imperative to adopt the Precautionary Principle -- no approval for a potentially hazardous technology unless it is satisfactorily established to be safe for plant, animal and human life and for the environment. Until then, its development must be confined to the laboratory level.

As Harvard geneticist Richard Lewontin puts it: "We have such a miserably poor understanding of how the organism develops from the DNA that I would be surprised if we don't get one rude shock after another." We must avert such shocks.

To uphold the Precautionary Principle for Bt brinjal is not to take a stand against GM technology as such or to support the more extreme claims advanced by some activists who purport to oppose all plant biotechnology in the long-term interest of farmers.

They miss the point that farmers have for centuries practised seed selection and grafting to domesticate cultivable varieties of wild races of food plants. In this case, the Precautionary Principle mandates that Bt brinjal must not be commercially released.

Biotechnology industry representatives like Kiran Mazumdar-Shaw of Biocon have reacted angrily to the decision, saying it will discourage private sector research and hence investment in GM food. This is incorrect.

The private sector hasn't been barred from research in GM food. It has only been told that it must do so responsibly. In fact, Mr Ramesh has been soft on the GEAC, which failed to note that Mahyco-Monsanto bypassed procedures for importing genetic material and cultivated Bt brinjal before proper guidelines were in place.

The Bt brinjal case should help focus public attention on some related issues -- most importantly, corporate control of seeds, effects of GM plants on biodiversity, and independence of scientific research. Corporations make GM seeds such that the farmer cannot reproduce them and must return to the companies year after year.

They also want an intellectual property rights regime under which the farmer cannot even reproduce seeds for his/her own use. This is unacceptable. Decisions about rejecting or approving a GM crop must take into account the control issue, besides safety.

Preserving biodiversity -- nature's bounty to India, which is one of the world's great centres of origin of plant genetic resources -- is a high priority. We simply cannot afford genetic contamination of our plants and risk transmission of alien material to plants that have existed in their pristine natural form for centuries. GM crops potentially pose that risk.

Multinational companies like Monsanto take advantage of our ICAR laboratories and agricultural universities, many of which are mismanaged and under-funded, and some of whose researchers are eager to get easy funding from corporations.

This leads to a conflict of interest, which is particularly worrisome in industries like pharmaceuticals, seeds and pesticides. If the researcher isn't independent, the quality and integrity of his output may be questionable.

We cannot afford that in an area that directly concerns our daily nourishment and sustenance. We have a right to safe food and to an environment not threatened with genetic contamination or biodiversity loss.

There must be close multi-stage peer-group monitoring and verification of corporate-funded research, especially in respect of food.

It's wrong to argue that rigorous scientific scrutiny standards must be lowered because GM is vital to India's food security. It isn't.

If India is to have sustainable, climate-responsible agriculture development, it must be overwhelmingly based on its natural endowments and constraints, including dependence on rain-fed agriculture for half our farmers.

There is a larger lesson to be learned from the Bt brinjal case. The process of consultation that went into the decision offers a healthy model.

Thousands of people who are liable to be affected by GM crops -- including farmers, consumers, and other legitimate interest-groups like scientists, food safety and security activists, environmentalists and ordinary citizens -- were given a chance to express their views in public assemblies.

This is a far superior way of reaching decisions or making policy than the prevalent closed, opaque, bureaucratic procedure. It involves eliciting and collecting a range of opinions from social classes which are normally excluded and made invisible by governments.

Marginal groups are not allowed any role even on matters that vitally concern them. This is profoundly anti-democratic.

We must apply the public consultation process to all areas where the welfare and rights of the underprivileged might be affected -- employment, minimum wages and food security laws; land acquisition for development projects in mining, industry, irrigation and infrastructure; and energy and water projects which have adverse potential environmental impacts.

Today, poor Kondh tribals who have guarded Orissa's ecosystem including mountains and conserved biodiversity for centuries are treated as subjects by an imperial state eager to please tycoons whose projects will strip, disfigure, lacerate and destroy the Niyamgiri mountains.

If the Kondhs were treated as citizens, and heard, some government functionaries would at least begin to understand that they too have agency and rationality, and that their dignity and self-worth must be respected.

Governments may yet decide to ride roughshod over their concerns, but they at least would have to record the reasons for doing so.

Why, a high official who has never before been exposed to the dispossessed and underprivileged might suddenly develop sympathy for them and factor in their interests while designing or approving a project.

This would be a good way of promoting participatory democracy, which is sensitive to ordinary people's concerns, respects their rights, and empowers them.

By embargoing Bt brinjal, Mr Ramesh may have done a greater service to democracy than he intended.