'Income' according to tax laws! 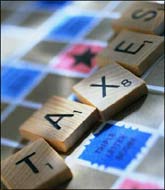 Here's a ready reckoner on how the taxman computes your income. This article tries to give an insight into what constitutes income and what does not according to the IT department.

Let us look at the various Heads of Income as per the income tax laws of India.

The IT department has segmented the heads of income into five distinct groups:

Income tax for heads 1,2,3,5 are calculated based on the slabs and rates prescribed by the IT department. The tax payable for head 4 (Capital Gains) is charged based on certain criteria which have been explained later in this article.

The question that arises is which income comes under which head and how is it treated for tax purposes by the IT department? Find out

Any sum paid to an employee by his employer as remuneration during the assessment year. In fact even if the salary is due and not yet been paid to the employee it will still constitute as Income from salary.

Yet, if any advance has been given to the employee it will be considered in the year when it has been paid and not the year in which it is due. (This could be a loophole in case you are moving into a higher slab next year. More on that later!)

Thus whatever comes in your salary slip and also in the form of bonus/incentive for the period of assessment will form part of your income from salary if you are an employee. But, any bonus, salary, incentive paid to a partner of a firm will not come under this head.

The rental from any house or building owned by you but not occupied by you, will be included in the head-Income from House Property.

The rental is calculated based on certain referential calculations. Even if the house has not been let out for rent, the IT department will assume the rent has been paid.

In case you have two houses/properties then the theoretical rental from one of the properties as indicated by you will be added under this head as income.

Profits and gains from business or profession

The profits and gains that you receive as returns from any business activity conducted by you are included under the head-gains from business/profession.

This would include any income that a person receives as commission from selling insurance or mutual fund or even multi level marketing activities. Income from any agency business is also added under this head.

This would also include the value of any benefit gained due to such activities irrespective of whether or not it can be converted to cash. For example, if you receive a car worth Rs 3 lakh for selling 100 insurance policies, then the value of the car will be added as income from business/profession.

All the incomes received by partners/promoters of any firm fall under this head. In case you are the beneficiary of a key man insurance policy then the amount received as compensation will be added to your income.

Income from Other Sources

All the other kinds of income which are not in any way excluded by the IT department under any exemptions are included under this head. The main income under this head is Dividends. In case you rent out any machines or equipment and it does not fall under income from Business, then, it will be added under this head.

Tax consideration: As discussed earlier income from all the above four heads are added together and tax is computed on the basis of the slabs.

Any profit that you receive by selling any asset at a price higher than at which it was acquired by you, then the additional income is classified as capital gain. This would include gains received by selling a house, selling vacant land, selling gold/jewellery, selling shares, etc.

In case you are a partner in a firm and let your land for use by the firm and it is shown as a capital asset on the firm's books, then it will be charged as capital gain although you have given it as your capital investment in the firm.

Capital gains by way of selling of house: This income is calculated using the indexation method which is nothing but accounting for the effects of inflation.

For example, if you had brought a house for Rs 500,000 and sell it for Rs 900,000, then the capital gain would be Rs 400,000. But for the sake of income tax calculation a number called indexation number is used which is a percentage of the gain which is assumed as value-addition due to inflation.

In cases where a vacant land is sold without any value addition to the land, the entire amount is treated as income! And this will fall under the Income from Other Sources category, thus increasing your taxable income.

In case some value addition (building a pump house, a small farm house, planting trees, building a road inside your land, etc) then the amount which is gained is treated as capital gain and taxed accordingly.

Here too indexation method is used.

A capital gain is charged @20% in cases where the calculation is based on indexation.

It does feel so tiresome to find out what head to put your incomes under, but a better understanding of the rules can help you reduce your income tax in many cases and also give you peace of mind after filing.

God forbid any error seen in your filing can be treated as an offence and penalties/harassment imposed by the authorities.