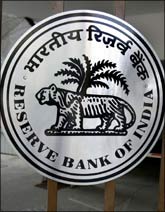 Trade deficit, BOP, Current account, Capital account so on and so forth make up the content of the document released by the RBI. Most of us may read the same saying 'it's for the economists and not for me" or it does not have any impact on my personal life so why bother.

Well, true to some extent but a simple understanding of these concepts could help us understand the economy better and in turn create a stable financial life for ourselves too. After all we are as much a part of the Indian Economy as Montek or Pranab!

India's Balance of Payment is calculated by taking into account two broad categories, which cover the categories discussed above:

The current account flow is a sum of the trade balance (exports-imports) and net invisibles (invisible receipts-invisible payments). Invisibles are nothing but transactions without any tangibility in terms of what is being exchanged.

For example, software. When you sell a Laptop its tangible but, the software on the same laptop is intangible or not visible, hence, the usage of the word 'Invisibles' to denote services, private transfers and investment income.

In the case of India, software, private transfers, non-software services, investment income, transportation, travel and insurance form the most significant components of Invisible receipts in that order.

On the payments side, non-software services is the largest component of invisible payments.

But, we must realize that it is not easy to explain what is good for the country and what is not good. It all depends on the state of the economy at that particular point in time.

Portfolio investment showed a great level of outflow due to the panic created by the global financial situation. FII's withdrew capital and the activity level in the ADR arena too was less.

The most exciting part is that during the last quarter FDI, FII inflow and NRI deposits have shown positive growth implying a return to the good times. These have been a result of the monetary policies and the fundamentally strong Indian economy especially in the long term.