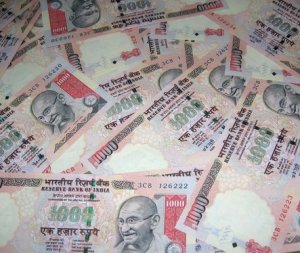 An increasingly larger number of companies are planning to roll back salary cuts and freezes implemented in the past two months and a majority of them are now more concerned about retaining their top performers and critical-skill employees, a survey says.

According to the bi-monthly survey by leading global consulting firm Watson Wyatt the number of employers planning to reverse salary cuts and freezes has increased in the past two months.

"Forty-four per cent plan to roll back salary cuts in the next six months, compared with 30 per cent two months ago," the survey, conducted earlier this month, revealed.

While about 33 per cent of the employers who froze salaries plan to defreeze them within the next six months, an increase from 17 per cent two months ago, it added.

Moreover, a majority of employers (52 per cent) are now more concerned about retaining their top performers and critical-skill employees than they were before the economic crisis hit.

"Some employers are seeing the light at the end of tunnel and feeling optimistic about the prospect of improved business results," Watson Wyatt global director of strategic rewards consulting Laura Sejen said.

"However, even as some of the program cuts are rolled back, many employees are facing smaller raises, lower bonuses and higher health care costs," Sejen added.

In an effort to keep employees engaged, 83 per cent of employers have increased communication and 40 per cent have held additional employee forums such as town halls or other interactive sessions to address economy-related concerns.

While almost half of the employers (47 per cent) surveyed have changed employee roles to expand responsibilities, a far smaller number is expanding the use of recognition programmes (27 per cent) or creating special compensation programmes for high-performing or at-risk employees (18 per cent).

Further, the survey said 66 per cent of respondents feel that the hike imposed on the percentage that employees pay for health care premiums are not likely to be reversed.

Also, 40 per cent of respondents are planning to shift more health care benefit costs to workers by increasing the percentage of premiums they pay, it added.

"Even as employers look ahead to an eventual economic recovery, they still face many challenges, such as potential disengagement of top performers.

Employers can manage this to some extent not only by effectively communicating with employees, but also by ensuring they are rewarded for the job that they do," Watson Wyatt global director of talent management Brian Wilkerson said.