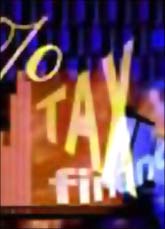 The Direct Taxes Code is being mooted as a replacement to the Income Tax Act 1961. What is the idea behind replacing something that has been around for close to 50 years and what is the strategy behind the exercise?

The direct taxes code is being designed to be a replacement rather than an amendment or attempt to improve the existing laws. The reasons behind doing so are manifold:

Cost for the government

The issues arising out of the complexities of the tax laws have been resulting in a large 'unwanted' cost for the department. Ensuring that all taxable entities comply with their duties is a tremendous task which is made tougher and costlier by a tax law that's complex.

To broaden the tax base

Over the years, tax rates have been mostly reduced with the intention of making them more rational and in tune with the international practices. It has reached a stage where any further reduction is not logically possible.

At the same time the government has to think of ways of increasing its income. Hence, the need to expand the tax base. With a larger base, there would not only be more opportunities to collect taxes but also to rationalise existing rates.

The income tax department has thus come up with a two pronged strategy to solve many issues:

By minimising the number of exemptions the department expects to achieve a better tax-GDP ratio, Improve efficiency of the economic framework, reduce costs and reduce corruption too.

Efforts to remove ambiguity will result in better interpretation and hence lower the possibilities of avoidance using loopholes in the law.

These two strategies combined will also result in incidences of tax evasion by using technology and getting into partnerships with private companies.

How will the Direct Taxes Code differ/be better from the Income Tax Act 1961 and its numerous amendments?

3. Single code for direct taxes: The new code envisages a system where all the direct taxes are brought under one single code and a common procedure for them.

4. Jargon free: The number of taxpayers in the country is on the rise due to various factors like higher incomes, better technology and stricter enforcements. If all the taxplayers clearly understand the tax rules the probability of compliance will surely be higher. With this in mind the new code will try to use simple language which can be understood by a majority of tax payers without assistance from .experts'.

5. Read less, understand better: Unlike earlier each sub-section will be limited to a couple of sentences and convey only one point. To further simplify the understanding tables and formulae will be used which will give a pin-point explanation of the applicable rule.

6. Avoid ambiguity: Ambiguity in terms of interpretation by all stakeholders (taxpayers, collectors and facilitators) will be avoided. The idea is that both the collector and the payer are in clear consent regarding the meaning of the laws.

7. Flexibility: The new code has been developed to give it the highest levels of flexibility to ensure that any changes occurring due to economic conditions/requirements can easily be imbibed with actually doing any amendments to the rules.

8. Tax law = Form; and Form = tax law: The most tangible aspect of income tax for most tax payers is the form in which they file their tax returns. The new code has been designed in such a way that the forms themselves will be a precise and clear indicator of the laws. This would ensure better education for tax payers and also the logical aspects of the laws are directly accessible to the tax payer.

9. Consolidation of provisions: All the provisions including definitions, procedures, rates of taxes and incentives have been combined together into one set of documents. Thus, it would be easier to reference during instances of doubt regarding the meanings of various laws.

10. Deregulation! Earlier, the tax laws were asked to play the secondary role of regulators of various components of the industry. With the creation of entities (e.g., IRDA, TRAI, etc) specifically to regulate these domains the code will steer clear of regulation functions thus providing more simplification.

11. More stability: The current system involves the need for a separate finance bill each year to prescribe clearly the prevailing rates for the coming year. This creates a lot of confusion as the tax laws are independent of the finance act of the particular year. What the new code will do is to the have the rates permanently in the first to fourth schedule and any new changes will be implemented in corresponding schedule rather than have a separate Finance Bill.

This is a major step in ensuring these ideas see the light of day as early as 2011 by submitting the code for public discussion.