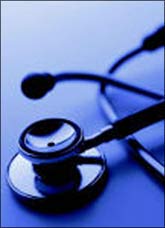 Richard, aged 29, is a software engineer and was working with a multinational company. He was paid close to 35,000 per month as salary. He was quiet happy owning a bungalow, a car and modern gadgets all purchased using easily available loans on EMI.

Ashok was his financial advisor and Richard always used to listen to his consulting and took all his financial decisions accordingly. The only time which he differed with Ashok was when Ashok asked him to take a health insurance policy.

Richard avoided doing so by citing the reason that his employer had covered him and his family for Rs 10 lakh.

One fine morning his boss called him and said that due to recession the company had laid him off and he need not come to office. He was suddenly jobless. To make matters worse he met with a stroke just two weeks after the shocking news.

Ashok was luckily visiting him that day and took Richard to the hospital where doctors immediately started treating him. Ashok paid the registration fee and also emergency fee of 25,000.

The next day the doctor stated that it was a major attack and Richard needed to undergo a surgery. The financial situation was bad and now this agony. Somehow Richards's friends and Ashok managed to raise the money from friends and by using credit cards.

He was then given treatment and discharged from the hospital. The total expenditure was Rs 2.25 lakh (Rs 225,000) for 20 days of treatment. The doctor advised Richard to stay away from stressful situations stating lest an emergency rose surface again.

Once he came out of the hospital he asked Ashok to arrange for a health insurance policy. They tried with all the insurance companies in the market and none of them was ready to cover the heart-related problem for Richard. Since he had already undergone a surgery, the heart related diseases were cited under pre-existing condition.

He was told by the insurance companies that they were ready to cover him provided pre-existing diseases are excluded from the policy for the lifetime of the policyholder.

Although down and tired with all the pain, the first thing that Richard did was to call up all his personal friends to request them to take up a good health cover immediately. He requested them saying 'within each of us lies the power of our consent to health and sickness, to riches and poverty, to freedom and to slavery. It is we who control these, and not anyone else.'

Better to protect ourselves from the unknown than to feel sorry later.

He advised his friends saying, 'Please don't rely on your employer to take care of your health, it is we who need to take utmost precaution as it our life that is at stake. We have the opportunity to take care of our health related expenses by paying a very minimum sum as premium.'

He also typed a mailer to his friends with the heading: 'Major exclusions of health plans' that everyone should know.

Typical expenses that are not covered by a general health insurance policy: Any disease or injury within the first 30 days of commencing a policy, except in the case of accidental injury. Any treatment, relating to any illness or disease already in existence at the time of the insurance proposal. These are called pre-existing conditions.

There is also a whole list of diseases and disorders where expenses incurred within the first two years from the start date of the policy are not covered. These diseases are typically covered from the third or fourth year onwards as pre-existing covers. Most sellers of health insurance will never tell you about this.

Richard wrote that his best advice was to take the health insurance policy at the earliest so that all diseases are comprehensively covered under the policy. Once we continue to renew the policy for three or more years without any claim, it becomes documentary evidence that any kind of disease can be reimbursed.

This is a very strong legal point which needs to be kept in mind in case the company does not agree to reimburse the cost citing odd reasons.

Ashok added to the mail: In all the above situations you will face severe problems if you don't hold an individual health policy. One very important point we need to understand is that after the age of 45, no insurance company will provide a health policy without medical check examination.

Once the medicals are done and the individual is prone to even 0.001% of any disease, that particular ailment will be excluded from the policy and he/she cannot claim the expense.

Although the mail was the outcome of a mistake on Richard's part it was an eye-opener for many of his friends who believed that things like job security would never change.

Most of them were already witnessing a large-scale handing out of pink slips around them and decided to do the best thing: get a large cover health insurance policy immediately.