Can bonds give more returns than interest rate? 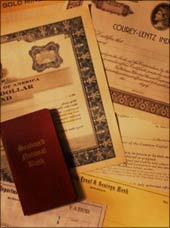 Bonds are debt (loan) instruments with a typical coupon rate (interest rate) and term (time period). The issuer (borrower) is normally a company, a municipality, a large utility or the government itself.

Advantages of bonds over traditional loan

Loans are basically agreements between two entities (individuals or any legal entities) hence are not transferable. This reduces the scope of the lender to exit the agreement as per their wish /need. Bonds overcome this problem by being exchange tradable.

Bonds can be traded freely in the exchange in the electronic format similar to shares. There are depositories which instruct the issuer who needs to be credited with the coupon (interest) as per the holding at the time of release of the interest.

The other advantage is that smaller investors can participate in lending to large entities. This is possible because the value of each bond issued is of small denominations in the range of Rs 5,000  to Rs 25,000. The same feature is also advantageous to companies borrowing large amounts of money as no single financial institution may be ready to lend large amounts (> Rs 100 crore) to a single entity.

In a normal loan agreement, the advantage is favouring the borrower as they have the option to pay-up earlier. But the lender does not have the right to call for their principal before the due date. This straps-up the lender for the period of the loan.

By being tradable, the bond gives the option to exit by selling the bond to a third party. The risk factor however is that with trading new elements gets introduced to the character of a loan.

Risks with trading in bonds

Listed below are some of the risks involved with trading in bonds:

Unless a particular company's bond is freely traded in the market, it will be difficult to exit the bond. Thus although the bond is supposed to be easily liquidated the lender might not be able to benefit from it if his instrument is not rated highly by the market.

At the time of maturity of the bond, the company may not be in a position to repay the principal. This means the capital for the investor is at risk. There are credit rating agencies that monitor the credit worthiness of the companies on an ongoing basis. Their reports will serve as valuable inputs for the investor.

What happens when the market interest changes after the issue of the bond? With the long tenures of bonds this is bound to happen. There are two scenarios here.

a) The interest rate goes down.

In this case, there is an advantage for the lender (buyer) of the bond. Let's assume that there is bond of face value Rs 1,000 issued at par and the coupon rate is 9%. The bond has 5 more years to mature. The current market rate drops down to 8%.

In this case the buyer will not sell the bond for the Rs 1,000 at which he bought the bond. The reason being, his bond gives a 1% more than the current market price. He is bound to ask for more.

This means that the buyer of the bond apart from receiving interest till he was holding the bond is also getting a capital gain of Rs 40.

b) The interest rate goes up.

The opposite of the above will happen, if the market interest rate goes up. For example if it is at 10% instead of 9% at the time of purchase of the bond, buyers of the bond in the market will not be ready to buy it at Rs 1,000.

The price of the bond now decreases to Rs 962  there is thus a loss of Rs 38 on the principal of the bond for the first investor.

During these periods the gains form the bond markets were as high as 40% per year. The reason behind the high yields has been the decrease in the interest rates in the market.

Thus we see that bonds like shares do not guarantee the safety to principal when traded. There is an opportunity to make capital gain or loss in bonds too. But it could be a good component of any long term investor's portfolio. Investors can benefit by keeping a touch on the pulse of the interest rates.

There are many economic parameters which give a very strong indication towards the direction of interest rates. Educating ourselves is the key!

BankBazaar.com is an online marketplace where you can instantly get loan rate quotes, compare and apply online for your personal loan, home loan and credit card needs from India's leading banks and NBFCs.
Copyright 2021 www.BankBazaar.com. All rights reserved.
SHARE THIS STORY
Print this article