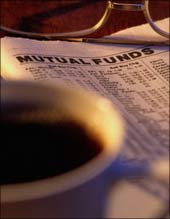 On a broad scale, the benefits to the customers are positive, to the distributors they are seemingly negative and the AMCs would be affected in terms of paper work but not much in terms of earnings. Let's look at what the new norms have in store for us.

The new Sebi norms have directed the mutual funds companies to stop charging any entry load on new fund investments. These new norms are applicable on all the new mutual funds launched after August 1, 2009 and on all SIPs to be launched after the same date.

But, if you already are investing in an SIP before that date, the old charges would continue to apply. What that means is that if you want to save on the entry load component, you will need to redeem the existing units and reinvest them. There's a hiccup to that though. Let's discuss them at the end of this article.

Why did Sebi take this decision?

In the circular's words this was done '. . . in order to empower the investors in deciding the commission paid to distributors in accordance with the level of service received, to bring about more transparency in payment of commissions and to incentivise long term investment'.

The basic idea is to rationalise the investment products markets which have seen a lot of new players and their distributors. Competition has led many distributors to mis-sell and suggest funds which do not fit into the overall financial plan of the buyers.

Many products were sold driven by commissions and nothing else, which although not wrong as that's a business model, is not right for long term stability of the financial services business and the mutual fund industry as a whole.

On investors: As an investor we immediately get to save anywhere between 1-75-2.25 % of our investment amount.  This is a real saving considering that it means you are investing 2.25% more than before into the markets. Wow! That in effect means that compared to a month ago, your investment has already given a return of 2.25% on day one!

The long-term benefit of Sebi's directive has got to do with the market itself as a whole. With the entry load taken away, there will be a drastic change in the money paid to sellers.

Earlier this money used to be out of your pocket irrespective of whether you got good service or no. With no income from selling funds, there is bound to be a shift towards value addition.

The value addition could be in terms of analysis based on your needs, research and related reports being accessible to you, monitoring of your investments to suggest changes if needed and so many more ways. The bottom line being, the customer will be king once more!

Effect on distributors of mutual funds: For the distributors the new directives mean a direct loss of income.  They will have to look at a new business model.

Need-based financial planning and consulting seems to be the way ahead.  Although the situation seems bleak and negative, it could actually be a boon in disguise. Earlier they were restricted to just selling products and earning commissions.

The new shift in ideologies will mean that there will be more efforts required out of them. But, this also means that the potential to earn more too will increase as now they can charge the customer directly for value addition and fix the charges themselves.

If a customer is ready to pay 5% for the services this means a direct 100% increase in their earning. Change brings about innovation! How true.

Effect on AMCs: The new directives would release the work load of the mutual funds in terms of processing commissions. A lot of time, energy and resources spent in the processes would be saved.

The new directives also mean that the asset under management would have more funds for investments. This could result in better returns too on a long run.

Since the direct sales force would see a drastic reduction, this would also mean that the funds have to look at innovation in terms of products and other value added services.

The sequel: More recently the Sebi has come up with another directive which says, 'wherever quantitative discounts are involved the following shall be disclosed -- The mutual fund may charge the load within the stipulated limit of 7% and without any discrimination to any specific group of unit holders.'

This is again an attempt to create a level playing field for small investors.

The hiccup: As discussed earlier, existing SIPs will still be charged the entry load as prevailing before the new directives came into effect.

So if you want to benefit from the new directives, you will need to redeem and then reinvest. But, at the expense of paying the exit load at redemption.

Do a clear study on the cash outflow due to exiting and compare with the entry load to see if you really save a huge amount by effecting the changes.

BankBazaar.com is an online marketplace where you can instantly get loan rate quotes, compare and apply online for your personal loan, home loan and credit card needs from India's leading banks and NBFCs.
Copyright 2021 www.BankBazaar.com. All rights reserved.
Related News: Securities and Exchange Board of India, Sebi, SIP
SHARE THIS STORY
Print this article