How businesses are affected by new tax code 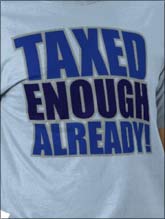 The draft Direct Taxes Code promised by the finance minister is up for discussion. This article looks at the proposed changes in the new code which would affect businesses.

The most prominent of the recommendations which would directly affect corporations is the suggestion to reduce the tax rate for companies (which includes both domestic and foreign) to a uniform rate of 25%. This is a saving of close to over 8% (tax+surcharge+cess) prevailing now.

This is a point which would be widely welcomed by all companies alike.

The other important factor here is the effort to rationalise and make the taxes uniform for all companies irrespective of whether they are Indian or foreign owned.

This would reduce the burden and paper work by a substantial margin especially for foreign companies.

An unclear suggestion (requires more inputs from the government) is the idea of charging foreign companies an additional tax called Branch Profits Tax at the rate of 15% of the branch profits.

If taxed at the hands of the receiver it would increase the administrative costs and related hassles as the number of shareholders of different companies runs into millions.

There is also a huge possibility that many shareholders might not end up paying the tax, which would be a loss to the tax department.

And looked at from a broader perspective it is either way the shareholder's money that is taxed. Hence the current practice of charging it at the hands of the company will continue. The rate too would stay at 15% of the amount declared as dividend.

Tax is charged on a company on the basis of the total income. But with the large tax incentives, SEZs and other kinds of legally allowed tax adjustments it happens that in many cases the tax is very low or even zero.

A simpler example is that after accounting for Depreciation and other expenses and benefits of tax incentives the net profits may be negative hence attracting no tax.

But, in reality there has been a gross profit which is in reality an income. For big industries with huge capital investments, this could mean that the net profits may be negative for even 10-20 years due to the effect of depreciation.

World over the tax man uses other bases to calculate 'presumptive income' which is an income based on certain presumptions and on which the company is bound to pay a tax.

This helps avoid the negative effect of incentives on the revenue of the department. Some of these methods include, based on net wealth, value of assets, gross receipts, visible signs of wealth, etc.

There are certain standard assessment methods which use indicators of profitability. This has the issue of variance with the kind of business activity.

To ensure that there is more logic and improved efficiency, the new code has suggested that the Minimum Alternate Tax will be calculated with reference to value of gross assets. The logic behind this is that any assets would have some average return on investment (ROI).

What is the definition of "value of gross assets?"

The above will be calculated on the last day of the relevant financial year. The accumulated depreciation and debit balance of P&L accounts will be reduced from the above aggregate.

What is the new rate?

The new code suggests a rate of 0.25% of the value of gross assets for Banking companies and 2 percent for all other companies.

A very striking aspect of the new code's suggestions is that the MTA will be a final tax and it will not be allowed to be carried forward for tax credit in subsequent years.

It is to be seen how many of the above ideas will see the day of the light in the same form or otherwise. But as of now companies will be eagerly awaiting the implementation of the tax rate of 25%.

If you wish to give in your feed back or ideas relating to the discussion paper you could mail the department at directtaxescode-rev@nic.in