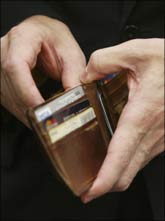 What does the proposed Direct Taxes Code hold for the common man? A look at visible effects and implications of the proposals on our monies.

The draft of the Direct Taxes Code bill 2009 and the Discussion paper have been made public recently. In the words of the finance minister "the thrust of the code is to improve the efficiency and equity of our tax system by eliminating distortions in the tax structure, introducing moderate levels of taxation and expanding the tax base".

A very valuable input from the finance minister has been "It will specially meet the aspirations of our young and professionally mobile population. So what exactly is all the excitement about and will it really "change" things as they are?

What does it say about income tax rates?

The most remarkable point which would be a great cheer for all individuals is the revision in the income tax rates. The change is not only in terms of the slabs but also the simplicity in calculations. The Code proposes to create 4 slabs for the sake of income tax calculations.

The income tax for the above slab is proposed to be nil. This is what currently exists and hence does not in any way change anything for individuals earning below 160,000.

Income tax as per present rates = Rs 118,450 (excluding surcharges and any cess)

Away with 'assessment and previous year'

The new proposal is to use the simpler terminology of Financial Year (FY). For example if you earned income in FY09-10 then, your pay advance tax in FY09-10 and any balance tax and returns in FY10-11.

The income is proposed to be bifurcated into 'special sources' and ordinary sources. The special sources include items like lotteries, games and non residents etc which will be charged on the basis of a rate schedule.

Source based versus Residence based taxation:

What this means is that if you have been out of India for more than 183 days you would be treated as a non-resident and you need not pay tax on income which has already been taxed in the country where you get the income from and also if it's not taxed there.

But, in case of residents the income which has not been taxed in another country will be taxed in India upon repatriation.

The concept of long term and short-term defined by the period of holding of a capital asset will be removed.

Instead, for any capital asset which is transferred, to get a gain, anytime after one year from the end of the financial year in which it was acquired, the cost of acquisition and cost of improvement wil be adjusted on the basis of cost inflation index to reduce the inflationary gains?

The base date for calculation of cost of acquisition of a capital asset has been proposed to be shifted from 01-01-1981 to 01-04-2000. This would be a big disadvantage to people who had brought the assets very long ago.

The reason is that you would have brought it for very low prices but the capital gains will be calculated based on the price of the asset on 01-04-2000.

The above discussions are some of the very visible proposed changes in the Direct Taxes Code which would affect individuals. The idea behind the whole exercise is for the public to give their feedback regarding their views before the discussion document is presented to the parliament.

If you have any comments/suggestions you could mail to the IT department at: directtaxescode-rev@nic.in   and hopefully the finance minister might consider it important to be a part of the new code!

BankBazaar.com is an online marketplace where you can instantly get loan rate quotes, compare and apply online for your personal loan, home loan and credit card needs from India's leading banks and NBFCs.
Copyright 2021 www.BankBazaar.com. All rights reserved.
Related News: FY09-10, FY10-11, India, Residence
SHARE THIS STORY
Print this article