News
Business
Movies
Sports
Cricket
Get Ahead
Money Tips
Shopping
Sign in  |  Create a Rediffmail account
Rediff.com  » Business » A note on the tax havens of the world

A note on the tax havens of the world 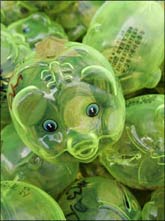 A tax haven, or a place in which certain taxes are imposed either at a low rate or not at all, is the best possible way out for those interested in reducing their tax liabilities.

In some countries, high tax rates can lead to economic incentives for taxpayers to relocate to areas with comparative lower tax rates, and this phenomenon creates tax competition among different governments. There are many tax havens specified for different types of taxes and for different groups of people and companies.

A tax haven has the potential to transform the tax structure of any nation. As a result, there are also some effective tax laws regulating the protection of the tax haven such that there are no revolutionary changes within the economy.

There are some specific characteristics for being identified by the Organization for Economic Cooperation and Development or the OECD as a tax haven. These are:

However, there exists a lack of transparency in the functioning of the different provisions of the tax havens. As per the OECD, the tax laws should be open and consistent such that any information on the individual taxpayer required by the foreign tax authorities is easily available.

The OECD decides whether every jurisdiction can be allowed to impose direct taxes and to determine the required tax rate. Among the oldest tax havens in the world is the Channel Islands and the Isle of Man. As per the modern concept of tax haven, Bermuda is the first tax haven creating the first offshore tax companies of Conyers Dill and Pearman.

This view is contested, as according to some the first tax haven in its truest sense was Switzerland and then Liechtenstein. Nevertheless, the emergence of the modern tax haven is difficult to decide.

The tax havens do not always project a success story, as they are associated with some significant failures. For instance, in the Middle East, Beirut was the only tax haven.

However, after the economic and political turmoil of the year 1966, this stable tax haven was destroyed. Other tax havens like Liberia, some Pacific based tax havens, and Tangier have suffered a similar fate.

Among the best tax havens, Dubai plays an important role. This is because of its strategic location catering to billions of consumers in Europe, Asia, Middle East, and Africa. Moreover, Dubai also has the largest international free-trade zones and high-graded infrastructure along with the provision for no taxes.

Among other tax havens Hong Kong, which is the major gateway to China, is very significant for its dependable legal system and support to offshore companies and trusts. Similarly, other popular tax havens of the world are Switzerland, the Republic of Panama, and Liechtenstein.

BankBazaar.com is an online marketplace where you can instantly get loan rate quotes, compare and apply online for your personal loan, home loan and credit card needs from India's leading banks and NBFCs.
Copyright 2021 www.BankBazaar.com. All rights reserved.
Related News: Organization for Economic Cooperation and Development, Dubai, OECD, Isle of Man, Conyers Dill
SHARE THIS STORY
Print this article