News
Business
Movies
Sports
Cricket
Get Ahead
Money Tips
Shopping
Sign in  |  Create a Rediffmail account
Rediff.com  » Business » What is excise duty all about?

What is excise duty all about? 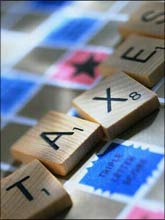 In the Indian tax structure, there are a lot of taxes that people pay for different reasons. Income tax, sales tax, entertainment tax, value added tax etc. All these taxes are existent because in some way or the other it impacts and helps the economy. One such tax that is prevalent in any manufacturing sector is the excise duty.

What is excise duty?

An excise or excise tax (sometimes called an excise duty) is a type of tax charged on goods produced within the country (as opposed to customs duties, charged on goods from outside the country). It is a tax on the production or sale of a good. This tax is now known as the Central Value Added Tax (CENVAT).

Though the collection of tax is to augment as much revenue as possible to the government to provide public services, over the years it has been used as an instrument of fiscal policy to stimulate economic growth. Thus it is one of the socio-economic objectives.

What are the types of excise duty?

There are three different types of central excise duties which exist in India which are as follows:

Basic - Excise Duty, imposed under section 3 of the 'Central Excises and Salt Act' of 1944 on all excisable goods other than salt produced or manufactured in India, at the rates set forth in the schedule to the Central Excise tariff Act, 1985, falls under the category of basic excise duty in India.

Additional - Section 3 of the 'Additional Duties of Excise Act' of 1957 permits the charge and collection of excise duty in respect of the goods as listed in the schedule of this act. This tax is shared between the central and state governments and charged instead of sales tax.

Which goods are excisable goods?

The term 'excisable goods' means the goods which are specified in the first schedule and the second schedule to the Central Excise Tariff Act, 1985, as being subject to a duty of excise and includes salt.

Who is liable to pay excise duty?

The liability to pay tax excise duty is always on the manufacturer or producer of goods. There are three types of parties who can be considered as manufacturers:

Is it mandatory to pay duty on all goods manufactured?

Yes, it is mandatory to pay duty on all goods manufactured, unless exempted. For example, duty is not payable on the goods exported out of India. Similarly exemption from payment of duty is available, based on conditions such as kind of raw materials used, value of turnover (clearances) in a financial year, type of process employed etc.

What is the consequence of evading payment of excise duty?

Under the different sections of the central excise act, the fines for evading tax can range from twenty-five to fifty per cent of the amount of duty evaded. When you look at the amount of excise you may have to pay, this is a rather large amount and along with the financial repercussions, you also have to encounter a tarnished image.

BankBazaar.com is an online marketplace where you can instantly get loan rate quotes, compare and apply online for your personal loan, home loan and credit card needs from India's leading banks and NBFCs.
Copyright 2021 www.BankBazaar.com. All rights reserved.
Related News: CENVAT, India
SHARE THIS STORY
Print this article