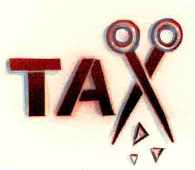 The proposal to levy a minimum tax based on assets undoes most of the good that the code seeks to do and will discourage capital-intensive industries.

A Minimum Alternate Tax (MAT), proposed to be imposed at the rate of 2 per cent on the value of 'gross assets', could be significantly higher than 25 per cent of the profits. The government has not provided any cogent economic rationale for using 'gross assets' as a tax base.

The new regime is effectively a wealth tax on the assets of the company and will negatively affect capital-intensive companies with long gestation periods. There can also be multiple levies of MAT in a corporate holding structure on the same asset base, since 'gross assets' also include 'investment assets'.

No provision for availing MAT credit for subsequent years is provided and the MAT exemption for SEZ developers and units is sought to be discontinued. For foreign companies (for example, US companies), MAT may not be creditable as it may not qualify as an 'income tax' according to their domestic law.

The repeal of exemptions, to SEZ units and other incentives, would substantially increase tax costs for the services sector which contributes over 60 per cent to India's GDP. While incentives have been provided to certain high capital-intensive industries, not much has been done so far as intellectually-driven, employment-generating or environmentally-friendly businesses are concerned.

The existing anomaly in Dividend Distribution Tax (DDT) in a multiple-level corporate shareholding (only allowing for a single layer DDT exemption by a subsidiary) continues to exist - this makes it difficult to have a tax-efficient corporate holding structure.

Provisions introduced for treating remission/cessation of liability as income of the debtor would negatively impact already distressed companies. Ideally, an exception should have been provided for companies under liquidation or in insolvency.

With the General Anti-Avoidance Rules (GAAR), unfettered powers have been provided to the tax authorities to inter alia disregard or re-characterise whole or part of transactions and reallocate incomes, under the garb of preventing tax avoidance. Such stringent GAAR provisions would not only frustrate legitimate instances of tax planning, but would also force corporate India into protracted litigation.

These are a few of the many proposals which would increase the tax costs and its incidental litigation for corporate India. Simplicity, fairness and certainty are the key attributes of an ideal tax system. The Direct Taxes Code, while claiming to have been guided by such principles, projects an unpredictable and distorted tax system which needs immediate rectification. These proposals would need to be carefully examined before it is introduced in the Parliament.

After bringing in various reforms like the Anti-Avoidance Regulations and the Alternative Dispute Resolution mechanism, the latest policy reform is the introduction of the Direct Taxes Code (DTC).   Under the DTC, one of the key reforms proposed is the reduction of the corporate tax for both domestic companies and foreign companies from the current 34 per cent and 42.23 per cent (including surcharge and education cess) to a uniform 25 per cent. This will ease burden on companies in general and will have a positive impact on their bottom-line.

The DTC proposes a shift from profit-based incentives to investment-based investment schemes to avail tax incentives in select industries.

Under this, a full deduction for capital expenses will be allowed in the year it is actually incurred and the losses, if any, would be allowed to be carried forward and set off against future business income without any time limit as against the current limit of eight years.

Further, business reorganisations will be tax-neutral. The successor companies would be eligible to carry-forward and set-off the accumulated losses of the predecessor entities - whether incorporated or not, subject to certain conditions. This will encourage the corporate sector to invest and upgrade businesses.

Moreover, certain companies currently claiming profit-based incentives have been grandfathered under DTC and the concessions will be allowed to continue till the expiry of the term as envisaged under the current Act.  In case of some others, which were facing the sunset clause under the Act, the benefit has not been proposed to be continued under DTC.

Capital assets used in the businesses are to be treated as business assets and any profits arising on sale of these assets will be treated as normal business income and not as capital gains.

This would mean that a company will now be subject to the same uniform rate of 25 per cent tax on gains from transfer of such business capital assets as against the current rate of 20 per cent for long-term capital gains on transfer of all capital assets. The loss arising on such a business transfer will be allowed to be amortised like depreciation over a period of time.

While companies have been exempted from levy of wealth tax, this comes with a change in the basis for computing Minimum Alternate Tax (MAT) from 'book profits' to 'gross assets' payable by the companies at 2 per cent (0.25 per cent for banking companies) of the 'gross assets'.

Credit for MAT will not be allowed in subsequent years. The service sector contributes to almost 54 per cent of GDP - as the service sector is not capital-intensive, it may not be impacted under MAT. But this may not be so for capital-intensive infrastructure companies which have long gestation periods and may be required to pay MAT even in the initial years of low or virtually no profits.

Therefore while the DTC does seem to augur well on the whole for India Inc, the impact on specific sectors and industries would need to be examined in detail.