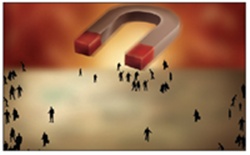 Ratan Tata's recent revelation that his successor could be a foreigner may have been too much for other Indian businessmen to swallow. Few, after all, are ready to turn their business over to a professional to run, let apart a foreigner. Yet, many of them have begun to appoint foreigners in key leadership positions.

Religare Enterprises, the financial services venture of ex-Ranbaxy promoters Malvinder and Shivinder Singh, has hired old Dresdner, Deutsche Bank and CSFB hand Martin Newson as the head of investment banking. He is based in London and apparently draws a salary higher than CEO & Managing Director Sunil Godhwani.

Even the general legal counsel selected by the company is an American gent. The company has global ambitions and therefore wants on board people who have the relevant exposure and domain knowledge. "My job is to get the best person for each job," said Godhwani.

Max Bupa, the health insurance venture of Analjit Singh, has Damien Marmion in the corner office. This, mind you, is not the first time that Singh has hired a foreigner to run his company. In the past, Gary Bennett has led his life insurance venture, Max New York Life.

The Aditya Birla Group has hired Italian Lucas Fontana to head the Aditya Birla Science & Technology Corporation. Nikos Kardassis is at the helm of affairs at Jet Airways, after Wolfgang Prock-Schauer, another expat, left the Naresh Goyal-owned airline.

Headhunters said the demand for foreigner CEOs is coming from companies that have developed a global footprint and sectors which do not have enough talent in the country -- hospitality, insurance, retail and power, for instance. They are meant to fill a need gap and are not just trophies on display.

For example, Raymond Bickson has run the Tata-owned Indian Hotels Company for a while. Ranbaxy, when it was Indian-owned, had hired Brian Tempest of England as the CEO because he brought with him several years of global experience. He, of course, had to soon make way for Malvinder Singh.

At least one company has hired a foreigner for his expertise in India! Videocon brought ex-LG India boss Kwang Ro Kim to run its consumer electronics business.

Kim had built LG in India from scratch. When it started in the late-1990s, LG's brand recall in the country was zilch and Korean products were considered poor cousins of Japanese brands like Sony, Hitachi and Sanyo. In a few short years, Kim had made LG the largest consumer electronics company in India.

Expats can be hired at reasonable prices. Human resource experts said that a foreigner CEO may cost only slightly more than an Indian with similar credentials. Most Indian businessmen want expat Indians first, said K Sudarshan of EMA Partners, a headhunting company. Knowledge of global markets then comes with cultural affinity. "But it is more difficult to convince Indians to come back, unless there is a compelling reason like to stay with old parents," he said.

Also in demand are expats who have spent time in emerging markets like China and East Europe and not just in the US or England.

But it is still early days. Most Indian-owned companies are still run by Indians, though they might have sizeable business abroad. This, experts said, is partly because of better availability of managerial talent in the country than other countries. Dubai, for instance, has become a total expat market for CEOs. Even Indonesia and Malaysia have more expats at leadership positions than India. Ratan Tata could perhaps blaze a new trail.