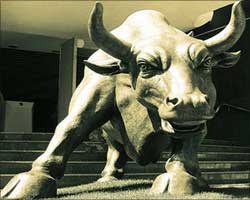 Moving averages are a simple and yet very effective tool. These smoothen the data in volatile times and makes trend spotting easier. A simple moving average is formed by computing the average price of a security over a specified number of periods.

To make matters simple, let us calculate a five-day moving average for a stock. If a stock has closed at Rs 10, 30, 50, 40 and 20, respectively, for the past five sessions, its five-day average would be 30.

There are three basic uses:

Moving averages follow stock prices like a shadow. They help in determining the underlying trend in prices. We all know stock prices are volatile and it sometimes become difficult to judge the actual direction. The moving average removes clutter and gives an unbiased opinion.

The writer is director and head of research, Anagram Capital