How ULIPs fare as an investment option 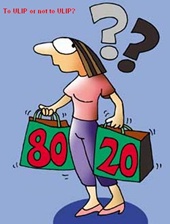 This article discusses the various ways in which ULIPs compare with other investments.

ULIPs do not give any current income as part of the plan design. However, withdrawals from the plans are allowed after the completion of the mandatory 3 years. These withdrawals are typically made from the funds themselves and are not true current income.

Being the long term investments that they are, there is good capital appreciation from ULIPs. However the actual appreciation depends on the fund chosen by the investor. As discussed earlier most ULIPs are offered at least 4 different fund choices.

For a small investor it is always preferable to invest on a monthly basis and in the equity oriented fund. The monthly investment will take care of the cost averaging (simply put one gain when the market goes down and also when the market goes up).  The average last five year compounded yearly returns from the equity funds of ULIPs is around 25 per cent. This return in spite of the global crisis is very good.

ULIPs have several inherent risk management option built into them.

Switching Option. There are at least 4 switches offered per year by the companies. More switches can be done but there will be some charges. A switch is the action of shifting our money from one fund to another. This is a risk management tool as when the market tends to go down the investor can shift the money from the risky equity oriented funds to capital protection oriented money market funds.

Systematic Transfer Option. This option makes it easier for the investor who is not able to decide whether the market has reached the bottom or not. This feature of the plan provides the investor the option to switch the money from debt oriented funds to equity oriented funds on a regular basis (say 20 per cent per month). Again the cost averaging works in the investor's favour.

There is zero liquidity in ULIPs for the first 3 years. After that, withdrawals can be done generally once in a year without charges. More withdrawals will attract charges based on the amount withdrawn or a fixed fee.

Generally the funds can be closed after 3 years. However 2 factors go against the surrender after investing in the plans for short term.

Initial Charges. The initial charges being high in a ULIP, it makes no sense to surrender after a short time of 3 years. ULIPs become cost effective only when invested (premium paid) for at least 7 years. The longer the term the better it is.

ULIPs continue to get the benefit of Exempt-Exempt-Exempt tax regime. The benefit under section 80C (upto a limit of Rs 100,000) of the IT Act, is received for the premium paid.

The accrued growth in funds do not attract any tax. In fact the fund switching is also tax free as the funds are part of the same plan. This is an additional benefit compared to mutual funds, where short term and long term capital gains tax need to be paid when exiting a debt fund.

The maturity amount is also tax free if covered under section 10(10)D of the IT act. We need to ensure a minimum life insurance that is more than 5 times the premium for this.

Pension ULIPs are not covered under section 10(10)D. Hence they are taxed at maturity. Be careful when filling the forms and when discussing with the sales person. Pension plans are the ones that give zero or lesser cover than 5 times the premium.

ULIPs are convenient in a number of ways. The premium can be paid on a monthly basis with direct debit to the bank account (ECS). There is life cover and riders costs come lower than endowment plans. There is benefit under the EEE tax regime. The liquidity benefits are attractive after the 3rd year.

It is not without reason that ULIPs are currently the most preferred investment option in India. The point of caution is however not to look at them as short term investments. It is better to run away from an agents/advisors who suggest one should close a plan after 3 years. The cover also has to be higher than 5 times the premium. It is better to take that medical test, if it is required than to take the option of low cover or zero cover. Also remember that pension ULIPs are taxable at maturity.

How ULIP charges affect the way they work