Members of six employees' associations of the erstwhile Indian Airlines, which was merged with Air India two years ago, on Thursday brought out a rally at the airport here demanding regularisation of their salary and demerger from Air India. 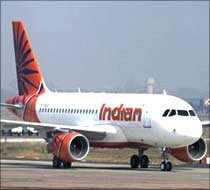 About 1,500 employees of various departments took part in the rally, leaders of the associations said.

The financial strength of Indian Airlines went down following the merger in August 2007, and that was why their salaries were not regular, he said.

The rally, however, did not have any effect on flight operation as it was taken out during tiffin time, airport sources said.

Air India, Indian Airlines not to be merged: Govt