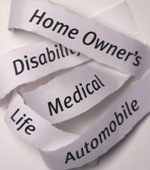 The government is not considering doing away with the commission for insurance agents, the Rajya Sabha was informed on Tuesday.

Minister of state for finance Namo Narain Meena said 'No' in a written reply to the Rajya Sabha when asked whether the government is considering any proposal to discontinue insurance agents' commission.

A government-appointed committee headed by D Swarup had proposed phased elimination of upfront commission paid to insurance agents by April 2011 in its discussion paper.