Is your company delisting? Know your rights as investors 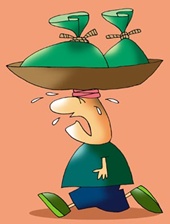 Ramesh is having sleepless nights ever since he heard the news that his company might be soon taken off the stock exchange. He is in a dilemma whether to continue to hold the shares and wait with the hope that the company would relist or sell the shares to the promoters. Ramesh is not alone here! Many investors face the risk of getting stuck with their shares investments in the case a company is taken off the stock exchange or what is called getting delisted. However, Ramesh and many other investors have a reason to smile as delisting of shares has just got tougher with the Securities and Exchange Board of India notifying the new Sebi (delisting of equity shares) regulation, 2009. But before we look into the new regulations and how it protects the investors, let us see the basics of delisting.

For the uninitiated, delisting is a process by which the shares of a company are taken off the stock exchange. In other words, the trading in the shares of the company cannot be continued hereafter.

Why do companies delist?

In the case of voluntary delisting, the company voluntarily would decide to go for delisting and remove its shares off the stock exchange. This is a lengthy process because the interests of the shareholders are involved. The voluntary delisting requires the mandatory meeting of all regulations including approval from board members, providing an exit opportunity for all public shareholders at a price quoted by them, and in-principle approval from the stock exchange among others.

Will the new steps taken by SEBI give more powers to investors?

Delisting in India is protected by one of the strongest laws in the world. According to the new Sebi delisting regulations, delisting can happen only in the rarest of rare cases.

If delisting is proposed it should comply with the following points laid down by the new regulation:

Two, a new procedural dispensation that requires the stock exchange's 'in-principle' approval at the beginning itself has now been made mandatory. This will be followed by the requirements that should be complaint with the rules and help determine the initial price and the final offer price which should be accepted. Then, the final approval of the stock exchange should be sought within one year from the date of passing of the special resolution seeking delisting of the company's shares.

To safeguard the investors, the new regulation has said that all shareholders would be required to be given an exit opportunity at a price determined by them. The offer price at which the shareholders may be purchased will be determined by the price at which the maximum shares offered by the acquirer. If the acquirer already has more than 90 percent shares, acquiring just one share to comply with the delisting regulation cannot be considered as successful delisting. The acquirers should buy at least 50 percent of the offers under the buy mode.

If the offer is successful, then the remaining shareholders can tender their shares to the promoters at the same price at which shares were accepted in delisting up to period of one year from the date of delisting.

On the issue of relisting, the company which opted for voluntary delisting cannot relist its equity shares for 5 years from the date of delisting.

The new delisting regulation which has given more teeth to the system, makes delisting more tough than before and gives more power to the investors.

BankBazaar.com is an online marketplace where you can instantly get loan rate quotes, compare and apply online for your personal loan, home loan and credit card needs from India's leading banks and NBFCs.
Copyright 2021 www.BankBazaar.com. All rights reserved.
Related News: Securities and Exchange Board of India, Ramesh
SHARE THIS STORY
Print this article