The fascinating story of Mercedes-Benz 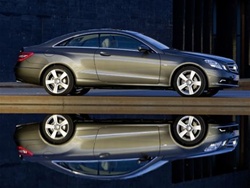 The story of great brands is often the story of great people. This definitely stands true for Mercedes-Benz.  This brand which has come to symbolise luxury, class and excellence is the result of the life work of two great inventors- Karl Benz & Gottlieb Daimler.

The beginning reaches as far back as 1871 when Karl Benz along with a partner started the "Iron Foundry & Machine shop" but the partnership soon dissolved and Benz started to work on his own. The firm Benz & Cie was founded in Mannheim in October 1883.

Three years later, Benz developed his first automobile, a single cylinder four stroke engine. In 1889 Daimler and his Chief Engineer William Maybach came up with their model, a steel wheel car with a two cylinder V engine. This was followed by the establishment of Daimler - Motoren - Gesellschaft (DMG) and thus concluded the initial steps of the brand that millions now adore.

One of the most fascinating stories about the brand involves the creation of its name and logo. The name Mercedes was to come into being only as late as 1898 and the credit goes to a businessman named Emil Jellinek. The story is as follows - Mercedes, meaning grace, was the name of Emil Jellinek's daughter.

A progressive thinker as well as a sports enthusiast, Jellinek ordered his first Daimler in the year 1897. This was followed by repeated orders with requests for increased speed. From 1899, Jellinek entered his vehicles in car races, foremost of which was the Nice week, under the pseudonym 'Mercedes'.

The cars and the team gained immense popularity through these races. The following year Jellinek entered into an agreement with DMG concerning the sales of cars and engines and the decision was taken to use Jellinek's pseudonym as a brand name.

It was also agreed to design an engine bearing the name Daimler - Mercedes. Two weeks later, Jellinek ordered 36 vehicles at a price of 550,000 marks. A whopping price by any standards, today it roughly converts to 2.3 million euros and thus began the journey of the 'Mercedes'.

The first Mercedes, developed by William Maybach was delivered on December, 1900 and caused a revolution in the automobile industry. With unique features such as low centre of gravity, pressed-steel frame, lightweight high-performance engine and honeycomb radiator, the car boasted of numerous innovations and is often regarded as the first modern automobile. This year while marking the start of the Mercedes brand also saw the end of an era when Gottlieb Daimler passed away at the age of 66.

The Mercedes vehicles once again entered the Nice Week and were found to be unbeatable in virtually every discipline. Orders started pouring in and the DMG plant was soon working in full capacity. On June 23, 1902, 'Mercedes' was lodged as the trade name and this was legally registered on September 26.

While Daimler had managed to acquire greater reputation and worldwide fame, Benz was just behind them and in 1908, both manufacturers shared the podium with winnings in the French Grand Prix.

The beginning of the First World War saw both manufacturers converting their factories to suit the needs of the army and production of automobiles was temporarily relegated to the backseat. The period after the first war was marked by rising inflation and the market for goods, especially luxury ones, was lean.

The impossibility of staying afloat alone was what bought the two former rivals Benz and DMG together. In June 1926, the two oldest motor manufacturers merged to form Daimler-Benz AG.

Another interesting story surrounding this brand is how the logo came into being. The logo for the Mercedes brand was a three pointed star and had been chosen because Gottlieb Daimler had often used a star as a symbol and was fond of saying that this star would one day shine over his own factory to symbolise prosperity.

The three points of the star were symbolic of the three means of transportation on road, air and water. In 1909, the star was registered as a trademark.

Benz meanwhile had initially used a cog wheel symbol which he later replaced with a laurel wreath surrounding the name Benz. After the merger, a new trademark was designed, which brought together the main characteristics of both the existing emblems - the three-pointed star belonging to DMG was surrounded with its trade name 'Mercedes' as well as that of the equally famous name 'Benz', whose laurel wreath entwined the two names together and thus the brand finally came into being.

Ever since, Mercedes-Benz has produced some of the best cars in the world and their engineers have been responsible for cutting edge innovations covering almost every square inch of the car. They have become particularly famous for their limousines, which even today stands as a symbol of wealth and exclusivity.

The 260 D, the world's first diesel driven car was launched by Mercedes Benz in the year 1936. This was followed, post war by the release of the improved 170 V model. During the 50's, Mercedes-Benz produced some of their best looking cars ever such as the 190 and 300 SL.

The first was a compact roadster that garnered acclaim after setting a new world diesel record in 1959. The latter is the famous gull-winged model that has come to symbolise the brand. Mercedes-Benz was among the first to deal with pollution concerns through the introduction of the catalytic converter in 1985.

By the early 1990's, their diesel car range had completely switched to four-valve intake/exhaust systems and carburettors were dropped in favour of fuel injection systems. A few years later, Mercedes-Benz moved into developing superchargers which it did through the release of the C 230 Kompressor. The latest and most ground breaking innovation by this technology driven brand is the DiesOtto engine which delivers the advantages of both petrol and diesel engines.

Currently the brand is moving from strength to strength with improved quality ratings in J D Power quality surveys, surpassing even Toyota, awards for several of its models and plants. The way forward for Benz is clear and shining.

From 1903, Emil Jellinek officially changed his name to Jellinek-Mercedes, commenting that "this is probably the first time a father has taken his daughter's name."

In 1896, transport operator Friedrich Greiner ordered a Daimler car equipped with a taximeter to start a motorcar transport service in Stuttgart. Thus, Daimler laid the foundations for the world's first motorized taxi business.

In 1897, DMG introduced the first motor vehicle with a front-mounted engine.

The Mercedes Mixte, released in the 1900's was one of the world's earliest hybrids.

The world's first diesel truck was OB2 by Benz.

The Mercedes Benz museum has a collection of around 550 cars, comprising of their own vehicles as well as cars from both parent brands.