News
Business
Movies
Sports
Cricket
Get Ahead
Money Tips
Shopping
Sign in  |  Create a Rediffmail account
Rediff.com  » Business » IPOs? Why you should be careful

IPOs? Why you should be careful 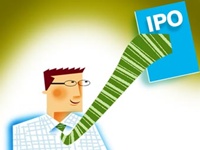 The infamous IPOs (Initial Public Offerings) are back once again. After the IPO fever ended with a huge number of investors burning their fingers in the Reliance Power issue of January 2008, new IPOs almost completely disappeared from the scene.

All the hopeful companies waiting in line to come out with their own issues abandoned their plans almost overnight. Afterall, IPOs need a certain kind of optimistic environment to work their magic on people. And believe us, highly skeptical investors is the last thing they want.

But now they are making a comeback. Even though investors are not as euphoric as the heady days of January 2008, a miraculous rebound in the markets from 8,000 to 17,000 on the Sensex has set the stage for expectations of a further up move.

And that's perfectly the kind of environment that companies are always waiting for to come out with their offerings. In the last 4 weeks itself, 20 new companies have filed their draft offer documents with SEBI, surpassing the 15 filings in the rest of the entire year of 2009. We expect that to only increase in the coming days if the stock markets continue be as buoyant as they are right now. And with that, you can also expect a bombardment of ads, brokers and distributors, all trying to pep you up to apply.

So how should you approach these IPOs? Is applying to IPOs a good way to create wealth?

Those are important questions. But before we discuss the answers to these questions, here's a quick fact. Warren Buffett, one of the richest people in the world, and who has made all his wealth by investing in companies over the course of half a century, has never ever applied to an IPO. Is that any coincidence? Or do you think that's intentional?

Yes, that is nothing but intentional. And if you would like to know why he does that, or who taught him to do that, read on...

It was Buffett's teacher and mentor Benjamin Graham that was completely against the idea of applying to IPOs. He had many well grounded and solid reasons for the same, and we shall endeavor to enumerate them in this article.

There are all kinds of IPOs - the good, the bad and the ugly. But even though different IPOs are of different qualities, there are some general realities that Graham suggests one should keep in mind at all times.

First off, if you need to be cautious while purchasing shares of a company from the secondary market, you need to be twice as cautious and wary while doing so in an IPO. The reason for this is that IPO's have a much higher amount of salesmanship and marketing effort put behind them when compared to shares that are already in the market.

In fact, you may be surprised to know that investment bankers make significantly higher commissions to sell a new issue to the public than do brokers when you buy from the market. Thus if brokers have reason to be enthusiastic about having you keep buying and selling in the market, you can imagine just how much more motivation the investment bankers will have to make you apply for an IPO.

Many a times you will find that the companies coming out with IPOs have had a fabulous performance in the last 2 - 3 years. But if you go back earlier than that, this good performance might not have been the same.

Even though one could make the assumption that the recent performance will continue without any serious setback, according to Graham this would be an unsound approach to investment, and one likely to prove costly.

Further, there are many more IPOs in which the company has yet to make a single rupee in profits, but lays down elaborate and convincing plans about how and when it intends to become profitable. So what about them? Says Graham, "The more dependent the valuation becomes on anticipations of the future - and the less it is tied to a figure demonstrated by past performance - the more vulnerable it becomes to possible miscalculation and serious error."

We conclude with an emphatic quote by Warren Buffett, which captures the essence of the entire argument as best as we possibly can. He says, "It's almost a mathematical impossibility to imagine that, out of the thousands of things for sale on a given day, the most attractively priced is the one being sold by a knowledgeable seller (company insiders) to a less-knowledgeable buyer (investors).