Know about the penalties under Income Tax Act 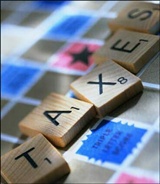 The income tax department in India conducts its work on the basis of the IT Act 1961, which is amended by finance bills submitted to parliament each year. The latest finance bill was submitted in 2009.

There is quite a sizable amount of debate on the need to rework the IT Act to make it more rational, practical and contemporary. The document is placed for public feedback and it is hoped that it could take the form of the replacement for the IT Act 1961 and its innumerable amendments. But for the present we still have to follow the old act. This article tries to strip off the jargon and present the contents of the current act with respect to the punishments and penalties applicable to various offences as defined by the tax man.

Any assessee or person in position of responsibility who is supposed to submit an Annual Information Return and does not do so will have to pay a penalty or Rs 100 for each day from the deadline to submit the same.

Failure to comply with any order from the IT department

Many a times due to negligence or sometime purposefully individuals do not comply with notices or directions given by the IT department under certain sections of the IT Act 1961. This is considered to be a serious offence and is liable to a penalty of Rs 10,000 for each notice/direction which has been ignored

If any individual is found to have been concealing his/her income or furnishing wrong returns, then the IT department can charge him to pay a penalty. The amount of this penalty could vary from between the amount of tax that was evaded to even up to 3 time that amount. For example if by concealing an "X" amount a person is able to avoid tax of Rs 1,00,000 then in cases where his offence has been detected, the IT department can charge him between 1 lakh to 3 lakh as penalty.

Not maintaining books of account or not retaining the same

Rs 25,000 is charged as a penalty on any person who does not maintain a book of accounts as prescribed by law (applicable under various sections to different groups, but, not all, of assessees). In certain cases they are required to retain the book safely for a prescribed period. Even if this is not done, the penalty of Rs 25,000 is applicable.

Not getting the books audited

In case of businesses which are required by law to get their accounts books audited and who do not do so, the penalty could be up to 0.5 per cent of total sales, turnover of business. For professionals who's income falls under this category the penalty is 0.5 per cent of the total gross receipts. The funny part here is that the IT department prescribes a fine of Rs 1,000 as the maximum for such an offence. Time to get stricter? Time will tell.

Pay fine if you do not deduct tax at source

If a person or entity fails to deduct tax at source for payments made to a third party (for example prize money of lottery etc) or in another case, collects the tax at source but does not remit the same to the IT department, then he is liable to pay a penalty equal to amount of tax which was failed to be deducted at source.

Pay penalty if you do not furnish your returns

Any person/organization whose total income or the total income of any other person in respect of which he is assessable during the previous year exceeded the maximum amount which is not chargeable to income-tax is expected to furnish a return of his income within the prescribed date. Failure to do so can be charged with a penalty equal to Rs 5000. This clause is very important for salaried professionals who are negligent in filing their IT returns. Rs 5000 is a big amount to pay as a fine, when all you need to do is to fill up the SARAL form.

There are two types of offences with respect to Advance tax.

This offence can be penalized as below:

For the first case the penalty can range between 10 per cent to 150 per cent, of the difference, between the amount actually paid in the financial year proceeding the assessment year and amount which would have been the correct advance tax or difference between the paid amount and 75 per cent of the assessed tax whichever is less.

In the second case the penalty can be between 10 per cent to 1.5 times of 75 per cent of the assessed tax amount.

Individuals are also expected to get a report from an accountant for all international transactions done by them. This report has to be signed by the accountant and verified by the same accountant within stipulated time periods. The penalty could be even up to One hundred thousand rupees.

As seen above there are many instances and incidences which could lead us to being seen as an offender in the eyes of the IT department. The penalties which need to be paid are on one side, but more important is the loss of face if such an issue becomes public. We might be seen as criminals due to negligence on our part of our accountant/auditor.

The solution to this is to have a clear understanding of all the laws prescribed and then sincerely following all of them. The best thing about not committing offences or mistakes is that we can always stand tall. We can pride ourselves in being ideal citizens who have earned the right to enjoy the privileges of being such a citizen and be in a position to demand our rights in the process!

Check out the various EMI Calculators!

BankBazaar.com is an online marketplace where you can instantly get loan rate quotes, compare and apply online for your personal loan, home loan and credit card needs from India's leading banks and NBFCs.
Copyright 2021 www.BankBazaar.com. All rights reserved.
Related News: Annual Information Return Any, IT department, SARAL, EMI, India
SHARE THIS STORY
Print this article