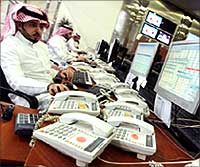 The onset and the development of trading of services and commodities has slowly but steadily grown to include every conceivable option in the world of business. While businesses across the globe continue to swell so are the investments.

The investment from every community including the traditional Islamic community that is steeped in strict religious beliefs has increased manifold across the world. But even today this Islamic investor community upholds their canonical law called the Shariah that allows them to invest only in companies doing select businesses while forbidding them from investing in certain widely prevalent business practices.

What is a Shariah Index?

According to experts, a Shariah Index is an index of companies that are found to be complaint with the stringent rules of the Shariah. The companies listed here on this index called the Shariah indices have been created and updated based on an existing index, which were already monitored by a separate board for conformity of the principles of the Holy Quran.

For example, the indices in the Standard & Poor's S&P/TSX 60 Shariah Index is evaluated and recategorized every month by an outside agency Rating Intelligence Partners before it is passed on to a panel of Middle East based Shariah scholars with financial backgrounds.

How companies are selected?

The Shariah takes a different view of the term asset. The law doesn't see money as an asset and prohibits the making of more money in the form of interest by lending money. Also, the law prohibits Muslims from investing in companies doing certain 'forbidden' businesses.

Hence, to be listed on the Shariah Index the companies are monitored at two levels: one determined by the sector that the company operates and two a few of the operating ratios that the company works with, as found in their annual report. For instance, companies dealing with pork, alcohol, gambling, tobacco, telecommunications, and advertising and media with some exceptions are left out of the index. Similarly banks do not feature in the index as Islamic investors are not allowed to profit from interest.

Also companies with certain ratios of leverage, and cash like those companies with more than 33% of ratio of debt to the market value of equity do not make it to the Shariah index. However, those companies, whose involvement in non-permissible businesses is less than 5% of total revenue, qualify to be included in the index. These calculations are monitored and status updated from time to time.

Why a Shariah Index?

Is there a Shariah Index in India?

Yes. In February 2008, Standard and Poor's (S&P) launched two Shariah indices based on Indian equity markets called the S&P CNX 500 Shariah and the S&P Nifty Shariah. The companies on both the indexes were created after monitoring the constituents of the Shariah complaint S&P CNX 500 and the S&P Nifty. Following this, many mutual funds and fund portfolio management services were included in line with the Shariah laws.