News
Business
Movies
Sports
Cricket
Get Ahead
Money Tips
Shopping
Sign in  |  Create a Rediffmail account
Rediff.com  » Business » Even in a recession banks make merry, thanks to you!

Even in a recession banks make merry, thanks to you! 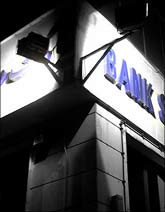 The global recession has spelled doom for many industries across the financial and economic spectrum but the banking sector has a reason to cheer!

The banking sector, particularly banks in India, is probably the one industry that has not only managed to survive the economic slowdown but even thrive during these hard times.

The money you deposit with the banks in the different accounts and deposits has put the smiles back on the banks' faces.

Most of us know the different kinds of accounts and deposits facilities available at the banks -- current account, savings account and term deposits -- which are the major source of funds for banks. But what some of us do not know is how the banks make a lot of money deposited by you into these various accounts and deposits. Here's how.

Before we proceed to understand how CASA helps banks make more money, it is important to understand some basics like CASA, and the basic differences between CASA and term and fixed deposits.

What is CASA and CASA ratio?

Simply put, the savings accounts and current accounts are operational throughout the year while the fixed and term deposits are not. The CASA is hassle free and easy to transact. Unlike fixed deposits, the money put into CASA is almost liquid money, which the depositor can withdraw at any time without having to wait for a period of time.

However, the money put into your fixed or term deposits are locked in for a specific period. And most of the fixed and term deposits schemes require many formalities including paying an outright fine if the depositor wants to withdraw the money before the maturity date.

From the depositor's perspective, CASA deposits are a convenient and easy way to carry out transactions despite the fact that the interest rates offered for CASA deposits are very low. For example, the money in your savings account will fetch you not more than 3.5 per cent interest rate. And if you have a current account you only get the overdraft facility.

For banks however, CASA is a cheaper source of fund. If a bank has a higher CASA ratio that is a higher portion of the deposits of the bank is in the form of current and savings deposit, the banks are obliged to pay only lower rate of interests.

Recession has come as a blessing in disguise for the banks, particular for most banks in India. The number of CASA deposits has gone up since the onset of recession as people fear loss of jobs and subsequently less or no money in the future.

The result is either the banks have witnessed an increase in their CASA ratios or at least have managed to remain stable in the last couple of quarters.

There are instances of CASA ratios in some banks -- like the Bank of Baroda -- remaining stable.