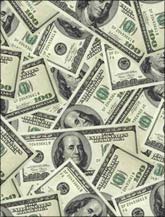 A lot of people have been waiting for a correction for some time. Sure, the markets look stretched and a correction looks imminent. However, corrections will not happen just because we want it to happen.

I have also observed that corrections seldom happen when so many participants are eagerly waiting for them to happen.

In fact, tired of waiting, some global fund managers have started deploying their funds. If a fund manager is sitting on billions of dollars of cash delivering negligible returns, whereas the market is running away and other funds are performing well, would you expect him to be patient enough to wait for an extended period of time?

Investors today want instant returns and though what the fund manager might be doing is correct, he will be seen as a non-performer. This will, in turn, force him to invest and take the markets to high levels, as we are witnessing now.

On the other hand, there are many people who say they will invest when the market goes down. If the markets go down now, they will say to themselves, "See, I was right. I am a brilliant guy."

Their belief is reinforced when more global bears, who were hiding for some time, come out in the open and say the markets should correct further. Instead of investing when a correction happens, most people will wait for further lows, only to see the market has turned around.

Even when the turnaround happens, they believe this is a false alarm and the markets will go down for sure. However, when the markets do not go down but go up on sustained inflows, more and more players join in. You then see bigger institutions sitting on piles of cash joining the party, followed by the retail investors, which propels the indices to record levels.

Hence, I believe that more money is lost in waiting for corrections than in corrections themselves, because when a correction happens, very few have the conviction to invest or take advantage of it.

How many people had the courage to invest in the four instances when the correction was more than 20 per cent? I doubt if many did, as the leveraged ones were wiped out in the first sharp fall between January 14 and 22, 2008.

However, post the Lehman Brothers' collapse and the credit freeze around the globe, there was a complete collapse of confidence, even though the markets corrected 43 per cent, from 14,900 on September 9 to around 8,451 on November 20, 2008.

The smart people, including the so-called savviest ones, just stayed out and did not invest on such severe corrections. In fact, they were howling on television on the Sensex going down to 6,000 and that it would take five years for the markets to reclaim 21,000.

This is because when a severe correction happens, our brains are wired to believe a further correction will happen and hence we should wait.

When the indices were on the way up in March 2009, the savviest ones again did a lot of number crunching and said it is a bear market rally and will soon fizzle. Again, people waited for correction, citing events such as poor earnings, and elections

The election was surely a game changer but even after the budget was presented, the markets corrected to 13,000-odd levels. Yet, how many people invested at these levels? The strategy was again to wait for a further correction all the way down to 10,000.

Relying on any prediction will do you no good, as no one really knows how the market will react even a day from now.

Just because the indices have run up so fast, so quickly, do not warrant a deeper correction than 20 per cent. However, when it comes to markets, anything is possible.

So, what should your strategy be?

Invest 10 per cent of your corpus on every 5 per cent correction.

If the correction goes above 10 per cent, and you have already deployed 20 per cent of your corpus, increase your investment to 10 per cent of the corpus or more.

If the correction has reached 20 per cent and you have put in close to 40-50 per cent, then you can look at investing much higher chunks at this point of time.

What if the market does not correct meaningfully? Start or continue to invest through Systematic Investment Plans. There is a stronger chance of removing emotions from your investing process through SIPs, as you will continue to buy at lower levels.

In fact, everyone wants corrections to happen so investments can happen at lower levels. However, just knowing something is no good if you cannot act on it.

Train your brain to follow the Nike tagline, 'Just do it', when corrections happen.

The writer is director, My Financial Advisor.