Tips for investing in stocks 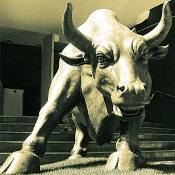 Many studies indicate that believers tend to live longer and be happier than atheists. This is because faith sustains optimism and optimists tend to outlive pessimists. In equity investing as in life, optimists tend to be bullish and being bullish pays.

However, the CAGR of the Nifty-Sensex is about 14.5 per cent across those 19 years.

That comfortably outscores other assets and beats inflation, which ran at 7-8 per cent CAGR (consumer price index for urban non-manual employees).

Very few investors actually got close to 14.5 per cent because there was little scope for passive investment in the first 5-7 years. A small minority of investors made far more. The vast majority made much less.

The default vehicle of passive investors is the cheap, open-ended index fund. Until the monopolistic UTI started coming apart post-1998, Indian investors weren't offered that choice. They got closed-end, opaque schemes instead.

Over the past decade as markets have matured, passive investment vehicles have become available. Few Indian fund managers and individual investors have consistently beaten the indices and this gels with global experience.

The 10-year CAGR of equity returns is lower, at 13 per cent (April 2000-April 2010). Inflation also dropped to about 6 per cent and nominal debt returns are lower as well.

Although it is against the odds and passive investing offers decent returns, many Indian investors prefer trying to actively beat the market. Their returns continue to vary wildly and bear little relationship with market indices.

If an individual investor decides to try and beat the index, there's logic to going the whole hog and chasing multi-baggers, rather than trying to eke out an extra 1-2 per cent. India is an emerging market with high growth rates and so, multi-baggers pop up often.

Even one Infosys or Suzlon can turbo-charge a portfolio. The downside to chasing multi-baggers is low strike-rates (fewer winners) and big capital losses when investment decisions are wrong.

Venture Capitalists and Private Equity players accept low strike rates knowing that they will pick up an occasional big winner that over-compensates. But VCs and PEs have quality information, working closely with managements.

They are also disciplined at managing money and always keep exit options in mind. Eventually, a VC or PE will exit, either through an IPO or via strategic stake sale.

Very few individual investors even consider exit options when they adopt a high-risk strategy. Fewer still accept they will be wrong at least as often as they are right and are therefore, psychologically ready to roll with losses. As a result, individual investors often fail to collect paper profits even when they pick the right stocks. They also end up losing far more capital than necessary, by refusing to exit when they've made wrong decisions.

A third common error is unevenly-weighted initial investment. The logic behind equally weighted investment can be simply illustrated with an exaggerated example.

Suppose every fifth stock pick yields 1000 per cent return while the other four lose 100 per cent. If the investments are evenly weighted, the net return is 120 per cent. If the losers have higher initial weights, the winner may not generate enough to compensate.

An active investor looking for big killing must be careful about managing money and phlegmatic about potential losses. Keep initial investments at equal weights.

Always keep a mental stop loss or exit option in mind, including cut-offs in terms of both time and money. If an investment doesn't yield returns within a given time frame, review it. If it loses more than a certain amount, review it.

Obviously levels must be decided on a case-by-case basis, considering variables like the specific business and the individual risk-appetite. The important thing is to think about it and be prepared for contingencies.

There's nothing wrong with adopting the VC-PE mode of "extreme active investing". But making it work for an individual requires the same disciplined approach that successful PEs-VCs adopt.

It requires plenty of optimism, self-confidence, judgement and some luck. The injection of deliberately pessimistic scenario-building helps as well. Optimism must always be tempered with judgement in investing as in life.

No talks with Taliban, says India