Buying a house it somewhat like a gamble. Should you buy before prices start to rise or should you wait a little longer to see if the prices will drop even further? Hence knowing the market scenario is important to make a decision. 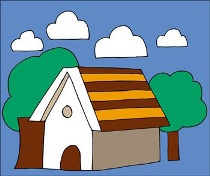 Real estate market is seeing action once again in certain pockets. The damage done by the economic slump on princes has almost been undone in several pockets of Mumbai, Bangalore and NCR.

The real estate industry is picking up, but slowly and unevenly. While NCR has seen the highest number of project bookings in the middle and high income market.

Mumbai witnessed slowdown in volumes after sharp price appreciation. Some real estate companies reported good absorption in volumes in Bangalore revival in IT industry and salary hike for most employees.

With improvement in demand, real estate prices in the country have also started moving up. The prices of both commercial and residential properties have gone up significantly and they are close to their peaks. In Mumbai, the prices are back to the older highs of 2007-08.

For property buyers is this the time to buy a dream home?

In our opinion we feel yes, because:

RBI's move to control inflation: Recently in order to control inflation and anchor inflationary expectations, RBI raised the repo rate by 25 bps to 5% and reverse repo rate by 25 bps to 3.5% Further, RBI also indicated there could be further rises in the days to come. RBI governor Subbarao mentioned that the central bank would continue its movement towards exiting its accommodative policy, implying further rises in indicative rates.

While the hike in key policy rates announced by the Reserve Bank of India is unlikely to have an immediate impact on demand for homes, real estate major, the management of DLF feels any further increase in interest rates by the Reserve Bank in the forthcoming annual monetary policy review could put upward pressure on prices. The higher interest rate regime will soon be a reality, thus bringing an end to the honeymoon period for the home loan buyers.

Teaser loans: Teaser rates were introduced by banks last year to boost demand for housing finance in a slowing economy. State Bank of India launched in January 2009, teaser loans where the home loans were on offer at interest rates between 8.5% and 11% depending on the amount and the tenor.

While the teaser loans did aid the buyers, with interest rates bound to go up; teaser loans could then become uneconomical for banks. If interest rates rise too much, EMIs will climb, squeezing borrowers further. Also following the RBI's warnings, most banks have already changed course with almost all of them ending their teaser loan programs, with the exception of SBI bank, which has also extended it only for a month more.

Budget measures: The rate hike comes as a second blow to individuals who were waiting to buy a house post the budget. As we are aware that most of the measures announced in the budget were not in favour of real estate developers. Buying a house is expected to get expensive as the developers may pass on the higher burden to the buyers.

Industry sources predict that the property prices are expected to go up 12% from its present levels by the end of this year due to the rising costs of inputs like cement and steel.

The cement prices have risen by Rs 20 per bag; steel prices have also increased by around Rs 1,000 per tonne in recent times on the back of excise duty hike on the commodity.

To add to this the budget announcement on service tax would play a detrimental factor. This is likely to be imposed from June (Mumbai is likely to see additional 1% VAT).

The home buyers will now be required to pay a 10% service tax on 33% of their EMI amount for an under-construction apartment. This will increase the prices by 3.5%.

Also there is a 10% service tax on the full amount paid towards preferential location which has been classified as a service in this budget.

Thus considering all these factors, we think that it would be a good time to buy a house. As we know, we can never time the markets.

Only relatively we know whether a market was at the bottom or not.

Further, we can never be aware of the bottom while one is in it. Price is not so critical for a long term view (minimum 5 years) and especially if it is for self occupation.

With tax benefits, it may not be a bad decision to buy your dream home if your financial affairs are in order.

Government, board mull buyer for Maytas