Investment options for NRIs in India

Robert, a citizen of the United States of America, has been following the economic development of India. 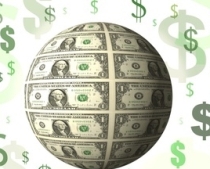 The promising indices of the Indian stock market have made him keen on investing in India.

However, he has also heard from his friends about the lack of rules and regulations of the stock markets in India as well as the failure of companies to abide by rules in their true spirit.

The news of scam by the CEO of Satyam Computers and failure of the auditors to bring it to the surface in time is still fresh in his mind. These factors deter him from plunging into the Indian stocks and mutual funds.

His friend Sameer, an NRI has been investing in Indian companies through ADRs and suggests that Robert should do the same.

This way not only will Robert benefit from the growing economy but will also be assured of the governance related to the stocks and the stock market.

He informed Robert that while the US stock markets show dismal improvement, Indian ADRs are drawing premium amounts.

What is an ADR?

Sameer informed Robert that ADR or American Depository Receipt is a receipt issued by a bank located in the United States of America.

ADRs are traded just like stocks. Hence Robert can purchase ADRs over the stock exchange.

This receipt has a certain number of underlying shares. These shares are issued by public companies in India that trade on the stock exchanges in India.

The company deposits a fixed number of shares with the bank and the bank acts as a depository for these shares.  The Bank issues receipts against these shares and these receipts are traded on the stock exchanges in the United States.

Investors can buy these receipts if they are interested in buying shares of that company.

For example, HDFC Bank's ratio is 3:1 implies that 3 shares of HDFC equal to a single ADR.  This ratio is important to understand if the receipt has been priced at fair market value.

For example, if Robert decides to purchase ADRs of HDFC Bank Ltd. whose current price is $151.73, he should verify if the ADRs are priced fairly.

However, the demand for the ADR also puts a premium / discount on the prices. Robert should be willing to pay a premium on the ADR since the ADR of the bank is priced at a premium.

According to Robert, the advantage of ADRs is that he is assured of governance of the company in which he is investing since a bank will not invest until it has verified the controls and policies and their implementation.

Plus he does not have to go through the trouble of understanding and studying the Indian markets.

Robert will also not have to worry about foreign currency transactions and understanding foreign exchange gain / loss using an ADR.

This is because ADRs are issued in US dollar and pay dividends in US dollars. NRIs and foreign nationals can invest in ADRs.

These are not open for resident Indians. They can simply trade on the Indian stock exchanges.

Just like an ADR, Robert can also invest in GDRs or Global Depository Receipts. If a receipt is traded in any country outside of the United States of America, it is termed as a GDR.

That's the only difference and the functions of the ADR and GDR are similar.